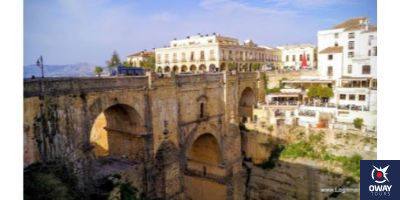 Ronda is one of the most charming places in Málaga. Due to its size it has no airport so if you decide to visit it you will have to arrive by bus or train. Therefore it is not surprising that some visitors come by car, either their own or a rented one. You should also bear in mind that this opens the door to consider visiting other towns in the area or making a trip to any of the natural parks in the mountains.

There are many reasons to drive to Ronda. Besides, the vehicle can be very useful if we want to discover the surroundings of the town. The only way to access such charismatic spaces as the site of Acinipo or the Cueva del Gato (Cave of the Cat) is by car. It is also easy to visit the ninth-century chapel of Sta. María de la Cabeza (Sta. Mary of the Head ), which is curiously built by digging into the rock itself and is quite far from the centre.

Therefore, although some people usually prefer to leave the car at home when they go on a trip, in this case having one can be a very positive advantage. However, driving around Ronda is another thing that can give more headaches than providing solutions. To begin with, you have to take into account that the monumental areas are quite concentrated within the old town. This implies a whole series of narrow and labyrinthine streets. If your vehicle is relatively large, you may have to retract your mirrors or you may not be able to enter certain areas. In addition, due to the narrowness of the roads, it is common that only one way traffic is allowed or that it is limited to residents.

Taking into account all the above and the fact that the historical route is easy to walk, it is still necessary to consider whether it is worthwhile. That is why our first recommendation is that you park your vehicle first and then walk into the old town.  If you want to try, we strongly remind you to pay attention to the road signs. If you park in front of a garage or in a reserved area for residents you may end up with a good fine or worse without a car because it has been towed away. In addition, some parking spaces in the centre are restricted for a fee with a parking meter. It is not impossible but it is quite difficult so you may want to be open to other possibilities.

A good alternative is a parking lot near the train station, although it means walking to get to the historical center. It is also possible to find a good place in the San Francisco neighborhood, especially on the streets of San Francisco or the Prado. You can also try to park next to the gate of the Almocábar, which is also one of the old entrances to the walled enclosure. At OwayTours we have guided tours such as the Free Walking Tour Ronda and Monumental Tour Ronda in which you will learn the history of this entrance to the city. 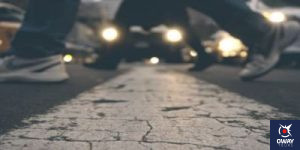 Don’t let visiting the city be as complicated as parking, take a look at ours tours to get know the area:

In case the search for a free parking place has been unsuccessful, we bring several payment alternatives.

The most centrally located car parks are those in Duchess Parcent Square (Plaza de Duquesa Parcent) (El Castillo) and Socorro’ square, but they are also among the most expensive. A whole day costs in both just under 20 euros. If you move away from the centre it is easier to find a good number of cheaper alternatives that are still a little less than fifteen minutes away from the town hall. The best known are the Parking del Poeta Rilke in Avenida del Poeta Rilke, the one in Plaza Concepción García Redondo and the one in street Lauría. Although the latter is an esplanade and not an underground gallery. Finally, the farthest one is on the north side in Martinez Astein Avenue and it costs 1.5 euros an hour. 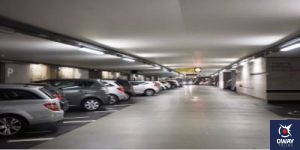