Barrio de Santa Marina, the cradle of bullfighting in Cordoba 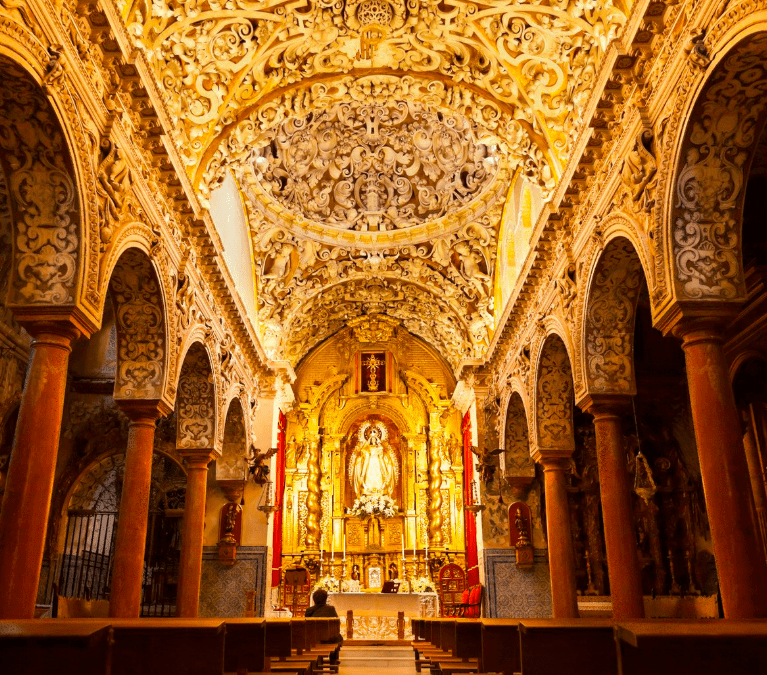 Home to no less than the worship of three religions, the Church of Santa Maria La Blanca in Seville is unique in its kind. With a current Catholic cult, its interior housed Muslim and Jewish rites. A past that can be felt in every corner. Because this is Seville-mestizaje and history.

A historic building in Seville

Located on a street of the same name, in the iconic neighborhood of Santa Cruz, the church of Santa María La Blanca in Seville is an obligatory stop to understand the essence of one of our favorite cities, not only in Andalusia… but also in the world.

Thus, this parish has a history that perfectly represents the mestizo paradigm of Seville. It originally served as a mosque. And after the reconquest it was transformed into a synagogue located in the heart of the Jewish quarter. A use that would come to an end in the 14th century, when anti-Semitic revolts caused the conversion of the temple to Christianity.

The result? A church of an ornate baroque style that retains details of its Jewish and Muslim past. As you can see, it is a real gem in Seville.

Did you know that…? The church of Santa Maria La Blanca Seville, is the only one that preserves the remains of the three major religions that gave the foundations to the city as we know it today.

If this temple stands out for anything, it is for the cult of the Virgen de las Nieves. A cult that began, according to legend, in the year 352 when a snowfall occurred, which, according to the Bishop, signified the Virgin’s intention to build a temple in her honor.

Do not miss the celebration of the patron saint on August 4 at midnight, when her brotherhood carries out a “petalada” or snowfall of white petals at the doors of the temple.The procession takes place when the brotherhood takes the Virgin in procession, a unique spectacle if you are planning to visit Seville.

As you will see, the church of Santa Maria La Blanca in Seville is a must on your visit to the capital of light. 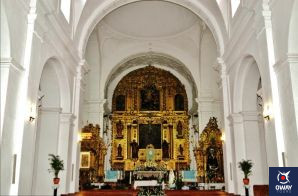 What are you waiting for to explore Seville?