▷The 7 Most Photogenic Places in the city of Ronda

The Best Coffee Shops in Seville

The 7 Most Photogenic Places in Ronda 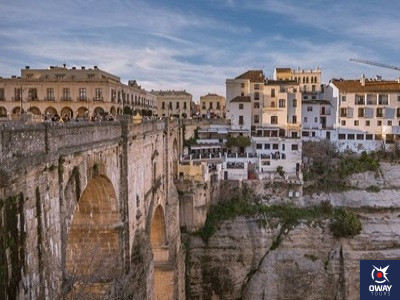 Ronda is one of the most visited and beautiful villages in Malaga. It is a town loaded with history, culture and tradition.

On foot with a Guided Tour of Ronda or in any other way, Ronda is always a good option to visit if you are in the province of Malaga, so do not miss it, come and enjoy this city, which will not leave you indifferent. So be sure to bring your camera well charged and ready to take pictures.

A modernist style mansion built in the early 20th century. Its front door with handmade tiles and ceramics from the region is one of the most beautiful in the whole area. In addition, you can take the best pictures in its garden, which is a viewpoint that provides views of the mountains and the most emblematic point of Ronda, the Puente Nuevo (New Bridge).

Visit this house museum and enjoy its rooms, the views of the courtyard and its wonderful exterior. Take some pictures and feel like a real aristocrat from the beginning of the last century. 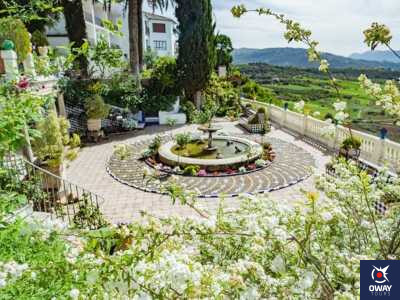 House of the Giant

Its name comes from the two figures that werer placed in the corners of the house. Only one of them is still standing. This small palace of the XIV and XV century, of Muslim style, has a unique character.

The structure remains intact, a typical Nasrid palace that is organized around a central garden. It is one of the best preserved of the Nazari world and retains some corners reminiscent of the Alhambra.

Go back in time to the Muslim past of Ronda and preserve the memories of this hidden and different place of this village in Malaga. 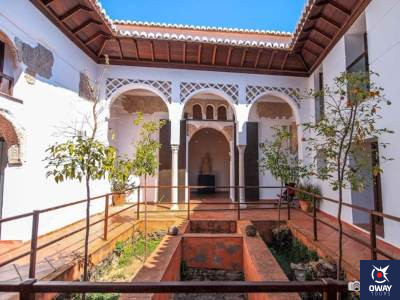 In addition to the views, the park is very interesting. In Arabic style it is a great place to shoot while enjoying this cool place, especially in summer. Do not miss this emblematic place of Ronda and discover its secrets, which will leave you open-mouthed. 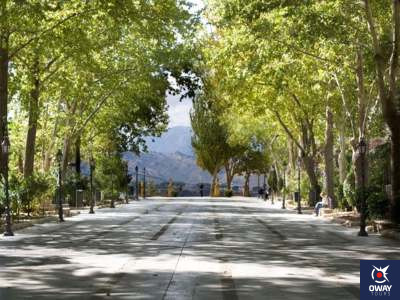 With breathtaking views, the gardens can be visited from the spectacular Puente Viejo (Old Bridge), where the route begins, winding its way until it almost reaches the Puente Nuevo (New Bridge).

A tour only for the bravest, where you can enjoy the wonderful views and the charm of its steep terraces. In this vertical garden, you can feel the adrenaline and take spectacular photographs that will be impressive even through the screen.

One of the most famous and beautiful spots in Ronda, and rightly so. You will be surprised how authentic and spectacular your photos can be here. Come to this garden and enjoy its charm. 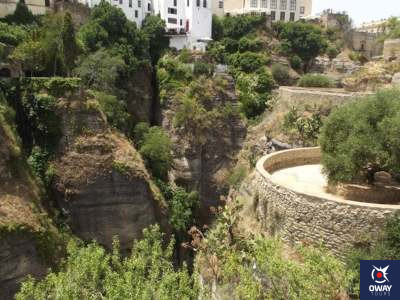 In Ronda there is a lot about viewpoints, but this one will take your breath away. The highest point of this town, located next to the sanctuary María Auxiliadora. Here your photos will be spectacular, at any time of the day.

The light and colors that can be seen from this place will not only be amazing in your camera, but it will also be one of the most beautiful memories you will keep. 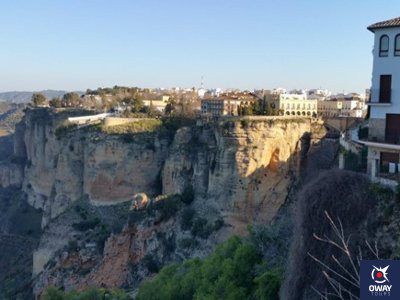 Although it may not look very spectacular from the outside and, much less, photogenic, its interior has many secrets. Its gardens and rooms of Mudejar Renaissance style have nothing to envy to any of the other places we have mentioned in this post.

Enjoy the Mondragon Palace and capture this place full of history with a special and different aesthetic, full of light and color. 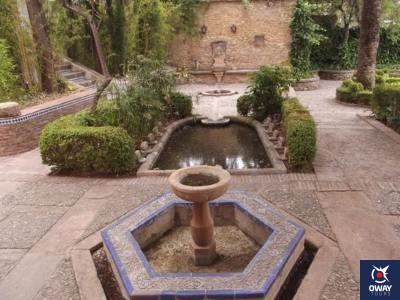 We could not do this article about the most photogenic places in Ronda and not talk about the New Bridge. This bridge is the main tourist attraction of Ronda, one of the most visited and photographed places in the area. Despite this, it still impresses and in person much more.

In this viewpoint you can see it from a different perspective, a little further down. In one of the most beautiful environments, with one of the most special views you can find here, you can take some photos that, although they may seem typical, are spectacular and are an essential souvenir if you come to Ronda. 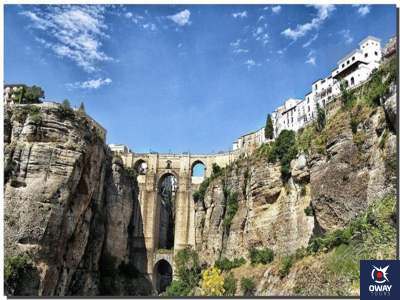