How to get to Cadiz 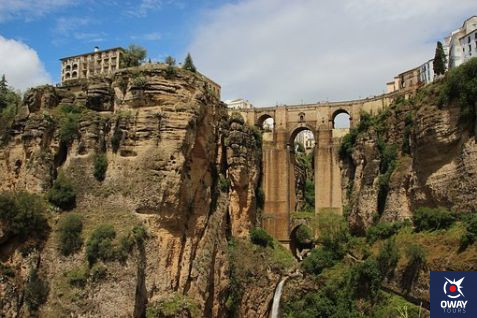 If Ronda has something to boast about, among many other things, it is its amazing views. In this municipality of the city of Malaga there are countless viewpoints that will allow you to enjoy views like never before.  Whether you love nature, you are passionate about photography and you are looking to take an ideal photo, or because you want to enjoy romantic views… Ronda has what you are looking for and we have the information you need! Don’t forget to check out our free tour in Ronda for a complete experience that starts at the Puente Nuevo viewpoint.

We have selected some of the most popular viewpoints for their aesthetic views and their history, as well as for their route. It is important to mention that these viewpoints are oriented so that the tourist can enjoy the wonderful views of the bridge and the Tajo de Ronda, a gorge excavated by the Guadalevín river that is crossed by what is known as the representative monument of Ronda: the New Bridge.

Named after the architect José Martín de Aldehuela who worked on the construction of the New Bridge in the 18th century, this viewpoint allows us to enjoy privileged views of the bridge, the Tajo de Ronda and the Jardines de Cuenca. Although it takes a little longer to get there, it is considered one of the best viewpoints as it is usually quiet and without many tourists which will allow you to enjoy the views as well as take that much desired photo for the memory.

Our recommendation is to visit it early in the morning, watching the sunrise from this viewpoint is priceless. 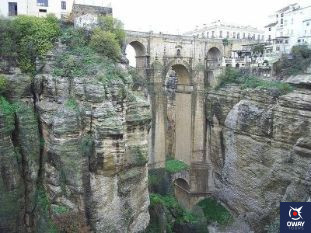 Considered by many as the viewpoint par excellence, from here you can enjoy views of the icon of Ronda that you will never forget. Prepare to be amazed by the incredible cliffs and the impression of seeing the two sides of the city that are divided by the bridge: the historic and modern areas. This is one of the best spots to take pictures of the bridge and the cuts of the Tajo de Ronda, but… Keep in mind the time! We don’t want backlighting to ruin your photos. 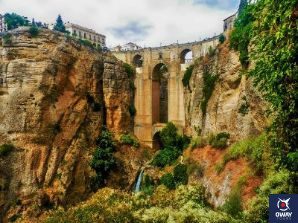 This viewpoint is located to the right of the Sanctuary of Maria Auxiliadora, located in the center of Ronda and at the highest point of the municipality, where the most emblematic buildings are concentrated.   From this point you can see the Tajo de Ronda from another perspective. 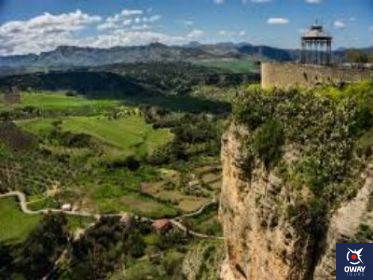 Located on the edge of the cliff of the Tajo, it is one of the most unique and charming places in Ronda. The reason why it is called “de los Ingleses” dates back to 1906 when the Reina Victoria hotel was built. The reason for the construction of this hotel was to accommodate the English engineers who were in charge of the railroad that would link Algeciras and the coast of Ronda. Thus, it was quite common to see the English walking along this promenade. 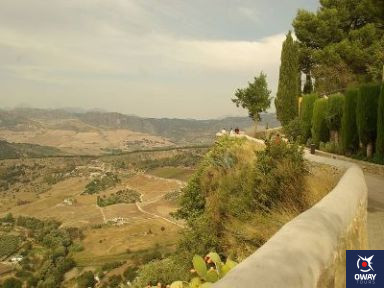 Viewpoint of the wind

This viewpoint is named after its proximity to the Puerta del Viento (Wind Gate), in the southern part of the wall. The Wind Gate along with the Windmill Gate was used to protect access to the mills. From the viewpoint of Viento you can take incredible pictures of the hillsides that surround Ronda, as well as the plains and cultivated fields, perfect views for nature lovers! 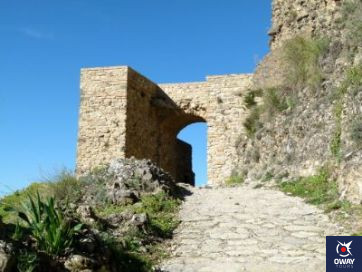 The Puerta de los Molinos, called Arco del Cristo after the reconquest of the Christians and the construction of a stone sanctuary, is one of the ancient entrances to the city of Ronda. It is located to the west of the city towards the gorge, and as you go down you can see the Tajo de Ronda as well as the symbol of the city, the New Bridge. The arrival is easy to access up to a certain point, for most of the way there is a cobblestone path with stairs until the last few meters where the road is dirt.