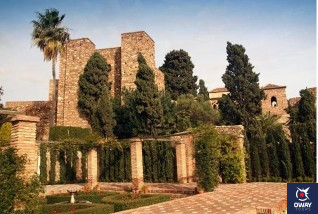 The Andalusian province has been inhabited since time immemorial. The remains of the people who inhabited and still inhabit its lands leave an incalculable and immortal heritage. Examples of the antiquity of this province range from the dolmens of Antequera and the Nerja Cave to the Pileta Cave or the Treasure Cave. With the passage of the Phoenicians, the Greeks and the Muslims, the territory has undergone continuous change throughout the ages.

With so many years of history, the legends that hover over society and the buildings themselves, which are still largely standing today, make their way through the generations. These stories leave their mark on those who have the opportunity to come across them. They go forward transmitting a message that, in time, will come to be compiled together with many others that will form part of the culture of Malaga society.

Rock of the Lovers

The Christian soldier, named Tello, was imprisoned in Archidona. A descendant of the leader of the city of Malaga, his own daughter Tazgona, freed the soldier for reasons motivated by love. Her father’s disapproval of the couple was clear, so once the escape began, the lovers were subjected to a chase by the Arab army. The lovers ran uphill until they reached the point of no return, the summit and the resulting precipice into the void. Unable to turn back, stopped by the troops and the feelings that enveloped the couple, they threw themselves down. They put their own death before being held by the army, thus perpetuating their love in time.

From this legend, the peak is known as the Rock of the Lovers. It is located between the towns of Antequera and Archidona, and can be seen from the A-45 road and from the Malaga-Granada AVE high-speed train line. It is quite striking in the area as many people compare the mountain to the profile face of a person, more popularly known as ¨the indian¨. 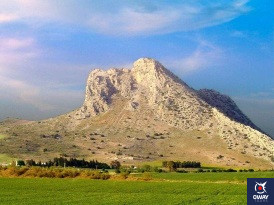 The origin of the expression ¨apaga y vámonos¨

Known as one of the most used phrases by the Spaniards, it is believed that this popular expression originated in the vicinity of Almargen. During the battles between the Christian and Muslim armies in Spanish territory, one of the high-ranking military officers of the Christian troops conveyed his desire to attack the Muslim army by surprise. His subordinates agreed to do so, but not before being given the opportunity to perform a mass prior to the attack. Given the haste of the event, those present improvised as best they could an altar on which the local priest blessed each and every one of the soldiers waiting there.

This same priest was the one who in theory initiated this famous expression, when he asked the altar boy to pick up all the objects used, including the candles, and he called ¨apaga y vámonos¨. From then until today, many Spaniards use this phrase without really knowing where it comes from.

You can also visit the most outstanding monuments of the capital, such as the Gibralfaro Castle, the Cathedral, La Malagueta bullring and the Roman Theatre of Malaga. 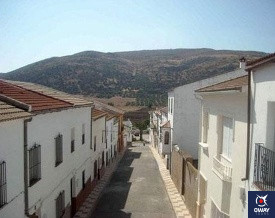 In the province of Malaga, almonds, sultanas, etc. stand out for their high production and quality…

This legend is centred around this ancient tradition of local confectionery production. Located in the famous Granada Street, it was the most popular confectionery establishment of the 19th century under the direction of María Manin. It is worth noting that this confectioner’s workshop was dedicated in large part to the production of sweets for the Royal House itself, ordering, among other things, large quantities of borrachuelos and roscos, which were baked from the finest raw materials in the province.

Due to the great hustle and bustle of the customers, María could only afford to be open to the public for two months each year. During this period, which was more than enough to provide the owner with surplus profit, the customers made such a fuss outside her doors that the presence of the local police to organise the local people was unavoidable. In addition, it was necessary to establish the maximum amount of sweets to be purchased per purchase, which was half a kilo per person, due to the number of people who had to return the way they had come without being able to taste María’s sweets.

This tradition continued over time thanks to two women, her daughter María García and then Elisa Moreno. 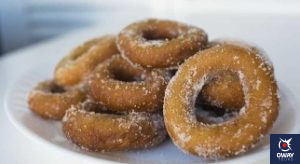 The Fir Tree that guides travellers

The Spanish fir is a type of tree that has populated many corners of the Spanish regions since time immemorial. For this legend we are situated specifically between the cities of Malaga and Cadiz, in the surroundings of Parauta. In these areas we find large areas populated by this species of fir tree. Continuing with Parauta, legend has it that a woman who lived in the mountains offered to help anyone who ventured through these forests. Once she passed away, the woman was buried in the area where she had given her humble knowledge to so many people.

After some time, and on top of her grave, a small Spanish fir tree began to blossom. The legend concludes that once that small fir tree had grown into a large and majestic tree, its work revolved once again around helping others, acting as a guide for the disorientated who passed through the area. It was given the name of the Escalereta and it is popularly believed that it has been there for more than 700 years. 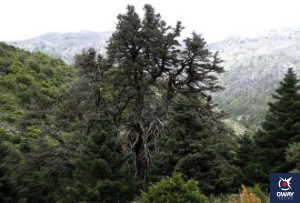 The Bride and Groom’s pond

This pond is situated on the Guadalmedina River, specifically in Benahavís. It is a canyon that is carved into the rock thanks to the flow of the river. The area has several pools of different sizes in addition to the one mentioned above.

Every summer many visitors come to this river to enjoy the relief of its shady depths in the heat, but few are aware of the legend that lurks beneath these refreshing waters. The story goes that, in one of the ponds, better known as the Bride and Groom’s pond, a young woman was swimming back and forth, relaxing in the water. Suddenly, her presence was lost under the blanket of water in the pond. Her partner, who was also there, did not hesitate to come to her rescue immediately, rushing to the same fate as her lover. 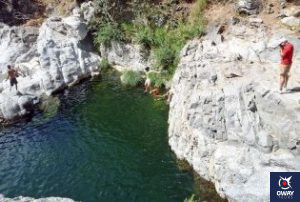 In the vicinity of Carratraca lay a mud puddle, where domestic animals came to refresh and hydrate themselves. Many of these herds that approached the place carried a variety of illnesses and wounds, which began to heal once they ingested the liquid provided by this pond. The shepherds noticed what had happened and hurried to tell a hermit who lived there, whose condition was close to death. He went to the place with his remaining strength, dipping his hand in the mud and drinking the water with the greatest of hope. Finally he was cured just as the animals in the herd had been cured. Because of the miracle, the hermit decided to ask for donations to build a hermitage in honour of the Virgin of Health.

The waters of the area were declared for public use in the 19th century and today, its thermal baths and hotels supported by these healing waters are an outstanding tourist attraction in the village.

After visiting the Spas of Carratraca complete your trip with our Guided Tours to the Caminito del Rey. 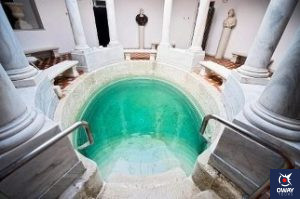 The ghost of the Alcazaba

During the Spanish Civil War, specifically in the 1930s, the interior of the capital’s Alcazaba served as protection for countless people from Malaga. In the year 36, during the summer season and during one of the brawls that broke out in the city, the women who were protected in the Alcazaba claimed to have seen a silhouette wandering through the corridors and rooms inside the building, which was more noticeable when the dark cloak of night fell. These women also said at the time that the ghost was dedicated, among other things, to throwing stones at those who lived there.

Many are those who know of this legend and travel to the Alcazaba to encounter the entity that supposedly tormented its residents years ago. It is also said that this ghost can be seen in more than one monument in Malaga.

Join us to discover this and more landmarks of the city through our Tours in Malaga. 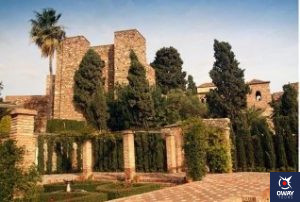