The Best Hiking Routes in Granada

The best hiking routes in Ronda

The Serranía de Ronda has a great natural richness and is the favourite destination of many sport and nature lovers. If you are one of them and you want to spend a different weekend enjoying the landscape with your family or friends, this article will interest you. Besides, the Serranía de Ronda is one of the Andalusian regions with more complex mountains, streams, rock formations and slopes in general. It comprises the Genal and Guadiaro Valleys, the Sierra de las Nieves and the countryside of Ronda and is a fertile land with lush vegetation where you will walk surrounded by holm oaks, cork oaks, Spanish firs, olive trees and chestnut trees. If we have already convinced you to go hiking in this region, here are the best hiking routes in Ronda, keep reading!

This route starts from the town of Arriate to enter the Arroyo de la Ventilla Gorge, one of the most unique banks of the province of Malaga. The route begins at the gates of the Arriate Town Hall. It is a circular route with a length of 8.5 km, with an average time of 3 hours and a medium-low difficulty, so you know, if you are getting into this trekking, this is the perfect route!

The Arriate-Arroyo de la Ventilla route is a gallery forest that stands out because 9 species of ferns can be found there. You can see reeds, San Antonio herbs, reeds, salicarias, poplars, ashes, poplars, elms and willows, in the surroundings of the river, and gall oaks, holm oaks, fig trees, ferns and other very Mediterranean specimens. 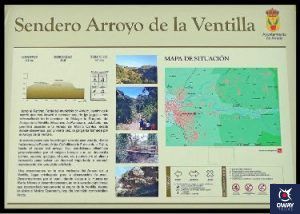 The Júzcar Route is a circular route to the Moclón depopulation and back. It is a path of great natural richness in all the places through which it passes. The route is marked out as far as the village of Monclón itself. The total length is 10 km and the average time to do it is 4 hours.

The route starts at one end of the town of Júzcar, in Sol Street. The path descends through Mediterranean forest landscapes with cork oaks, gall oaks and holm oaks until it reaches the riverside forest on the River Genal. It is of medium difficulty, so put on comfortable shoes and get ready for this challenge without fear!

Jubrique calls itself “Puerta de la Serranía” because it is the access to the Serranía de Ronda from the Costa del Sol through Sierra Bermeja. The village is located at 559 metres above sea level and its Moorish past is still present in the appearance of its farmhouse. On the other hand, Genalguacil, a village with a Moorish past, is far from all roads and is located in a thick forest of chaparros and chestnut trees. It is also known as a museum town, as it has a large collection of works of art scattered through its streets and squares. This linear route from one village to the other has a route (round trip) of 10 km with a estimated time of 4 hours and a medium difficulty. The route stands out for the magnificent chestnut groves that surround it and for running alongside wine presses, streams and even the ruins of an oil mill. 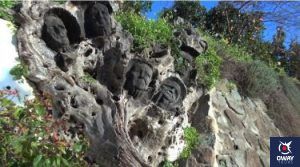 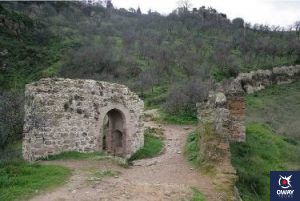 Route of the Tajo del Abanico, from Ronda to Benaoján

The route from Ronda to Benaoján passing through the Tajo del Abanico is a place of great geological richness. It begins in the city of Ronda and continues by the Colada del Camino de Ronda a Cortes, which we will leave, to contemplate the walls of the Tajo del Abanico, to take again the path towards Benaoján.

It is a linear route of 14 km and medium difficulty that takes about 5 hours. The rock of the Tajo del Abanico is a composition of sandstone with limestone and is called “Molasa”. The path runs through areas of abundant vegetation and stands out for its magnificent views of the karstic landscape of the Libar Massif.