What to see in Cadiz in two days?

The Gastronomy of Cadiz

Cadiz is the oldest city in Western Europe. Some ancient sources speak of its origin after the Trojan War (13th and 12th century BC), a real odyssey in time.

The province is located in the south of Andalusia, and is only separated from Africa by the Strait of Gibraltar, which is 14.4 km long. This means, that you can enjoy sunsets watching the sun disappear over the Atlantic Ocean and in the background, the peaks of the Atlas Mountains. Don’t you think it’s a great plan?

But without a doubt, what makes this province most attractive, apart from its sense of humour, is its gastronomy. Cadiz is practically surrounded by water, which is why fish has always been very present in its main dishes. Below, we tell you what typical dishes you will end up totally in love with this land.

Something very characteristic of this province is going out for tapas. What does this mean? Eating by sharing small dishes. In any bar or terrace you can try them and the best thing is that they are very cheap. Enjoy them with a good wine or manzanilla of designation of origin.

The best tapa of this province are the tortillitas, which are made from a dough made of wheat flour, chickpea flour, onion, parsley, water, salt, and, of course, shrimp. When the dough is done it is fried and has to be served very crispy! 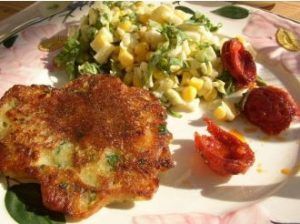 The most typical thing to order in any bar in any town in Cadiz is a brown paper cartridge with pescaíto frito. Tasty! Marinated dogfish, cuttlefish or puntillitas are a must on your visit to Cadiz. 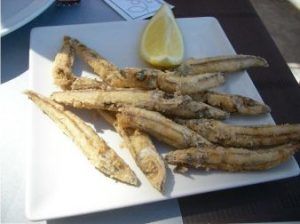 The authentic flavour of the sea. In just one bite you’ll notice the Atlantic flavour. They are anemones that are fixed to the rocks of the sea or to the coral reefs. They are served floured and fried. 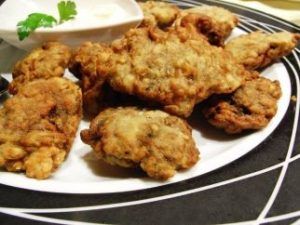 So-called by the Cadiz people as the red gold of the Almadraba. Tuna can be served in many ways. The imagination has no limits, and you can accompany a good tuna with whatever you want. But the most traditional way to present it is with onion or tomato. 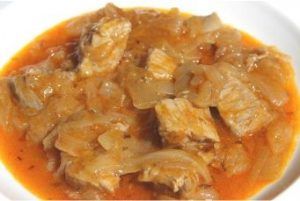 They are usually served as a starter and their preparation could not be easier. It is a fresh and exquisite dish that is never lacking. It is usually the roe of a fresh hake. It is true that they usually have them in any Andalusian bar, but in Cadiz they make them like nowhere else.

If you are a good eater and don’t want to share your dish with anyone, there are options for you too! Not only is there the option of eating tapas, but you can also order your own individual dish and enjoy the gastronomy. Any of the above mentioned tapas can be served as a single dish. But we recommend that if you are going to choose not to share, try one of these delicacies:

This dish was initially prepared for fishermen who worked very early in the morning to provide them with the necessary energy. It is a stew of potatoes cooked with cuttlefish. They are usually accompanied by ingredients such as peas, green pepper or laurel. 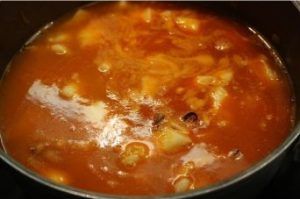 We can prepare this meal in many ways. It is a stew made with urta, cooked in a casserole with wine, potatoes, onion… its name is due to the fact that it is very famous in the village of Rota.

We finally have meat! This dish is made with cut-up chicken in small pieces. A piece of chilli pepper is added to each cut of chicken, and finally it is fried. It is a dish that began to be eaten in the second half of the 20th century, although today it is one of the most famous. 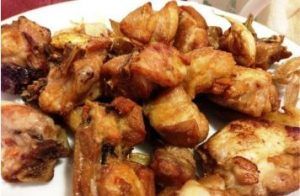 One of the simplest but tasty recipes. It simply consists of cleaning a mackerel, adding oil and salt, and accompanying it with piriñaca. The piriñaca is a series of vegetables (tomato, onion, parsley…) with which vinaigrette is made. Then put everything on the plate and enjoy!

It is a stew of beans or chickpeas preferably, with chorizo, black pudding, potatoes and the tagarninas. The protagonist of this dish is the meat: it can be beef or pork.

The favourite moment for those with the sweetest tooth has arrived. After a good meal always comes a good dessert.

Yes, you’ve read correctly: bread. But it’s not flour bread. This bread was created by the baker Antonio Valls, and is thought to be a recreation of marzipan scones. It is made with a marzipan dough filled with fruit or egg. There are several ways to prepare it, and they are all delicious!

Together with the torrijas, the roscos gaditanos are the most popular dessert at Easter. There are two ways to prepare them: in the village of San Fernando they are flavoured with cloves, and in Conil with cinnamon. They are donuts made with flour, lemon, oil. 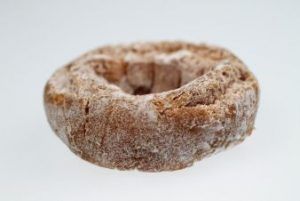 The origins of this dessert were in a winery. It is made with a base of caramelised egg yolk and sugar, compact and with an intense yellow colour. This egg was first used to remove the impurities from the wines, and with those that were left over they made this recipe. 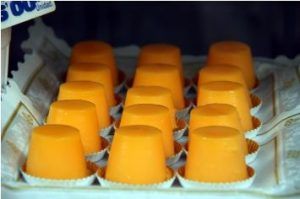 The people of Cadiz wait anxiously for the moment of “La Pestiñá”: it announces the beginning of the Carnival, and it consists of a mass fried in oil with lemon peel. And finally, what better than smearing them with honey from the sierra de Cadiz. Mmm! Delicious!

If you are a wine lover, this is undoubtedly your land. Cadiz has some of the best wineries in Spain that export their wines all over the world. If you are like more the red or white wine lover, don’t worry, in Cadiz we have something for everyone. 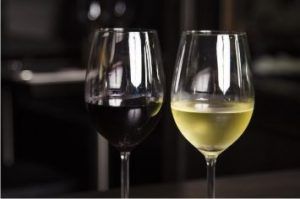 We recommend you try some of these wines, which will not leave you indifferent. Drink them with fish and seafood.

This type of wine is tasty with almost anything, although they are usually drunk with grilled or roasted meats.