The House of Sefarad - Oway Tours 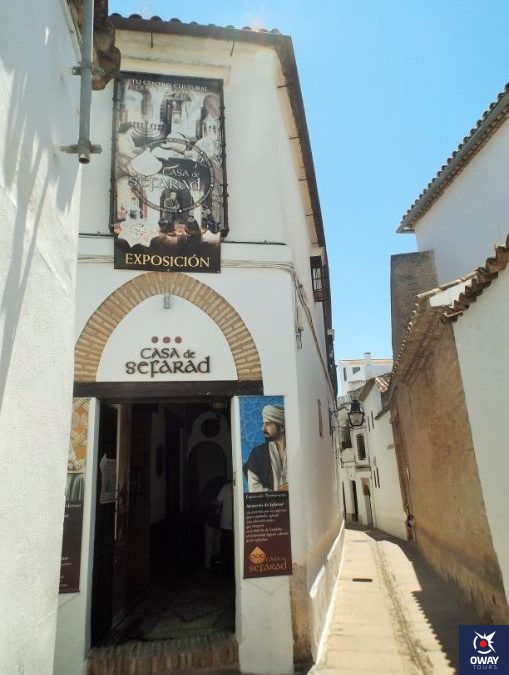 The House of Sepharad originated in Cordoba with the aim of rescuing the Jewish past. Since 1492, the year in which they were expelled by the Christian kings, their legacy has been progressively lost. With its opening, a historical debt that our city had with this past was settled, despite the fact that it was the moral, intellectual and cultural capital of the Andalusian and Spanish or Sephardic Jewish tradition. The city also has the best preserved Jewish quarter in the whole of Europe and the highest percentage of Jewish writers and poets.

It is a mandatory stop for anyone who wants to experience the discovery of a culture that is based on an intangible heritage but which is part of each of us and has come down to us through customs.

It is a building dating from the 14th century which, in the 19th century, became a typical Cordovan house. It was in 1999 when the historian Sebastian de Obra took the initiative to adapt this space as a museum, which opened to the public in 2006. This is a totally private project that has not received any public aid or funding, and therefore it survives with its own resources and function with the aim of restoring an intangible memory of language, food, music, literature… because in this area of culture the Spanish Jewish tradition survives. 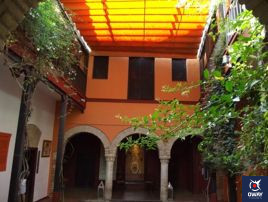 Rooms of the House of Sefarad

All the rooms, including the five rooms that are part of the tour, revolve around a central courtyard and fulfil a certain function. An important point to note is that the exhibition is not only intended to be visited, but also to promote the study of Jewish culture through its comprehensive library, the holding of concerts of Sephardic music, theatrical performances and other cultural events.

The rooms we find in the museum are the following:

This room is known as the Room of Daily Life and displays utensils and clothing that bring us closer to the daily life of the Jewish citizens of the time, together with various ceramic and metal containers. All this is enriched by a series of explanatory panels. In short, this room of the cycle of life is the contender for original objects from the Mediterranean that set a narrative.

It is quadrangular in size and has triple semicircular arches on pilasters on its smaller sides. On the floor there are Jewish symbols that evoke their traditions, and there is also a well.

We find portraits made by José Luis Muñoz in which the realism of the female Jewish, Muslim and Christian poets, thinkers and singers represented stands out. The tour is also completed with explanatory panels that refer to the lives of five prominent women in al-Andalus.

¿Would you like to enjoy most emblematic monuments and places of the city of Cordoba? Learn all the information by clicking on the following button:

We are presented with a series of objects and handcrafted pieces that accompanied the celebrations of the Sephardic tradition.  This is completed with illustrative panels that speak of the main Jewish festivities.

Here the Sephardic customs are dissected around the Synagogue as the centre of community and religious life in Judaism. The highlights of this room are the map of the Jewish quarter dated in the 14th century and a series of photographs of the most outstanding places.

As it is a fundamental pillar of this culture, the display cabinets contain numerous types of instruments. These are mostly percussion and woodwind instruments made in the 17th century. All this is accompanied by panels highlighting the role played by Sephardic chants in al-Andalus. 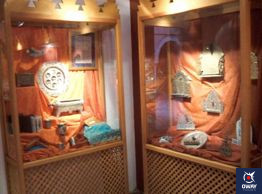 It is located in Calle Judíos on the corner with Calle Averroes, very close to the Synagogue and the Casa Andalusí. As it is located in the heart of the historical centre of the city, the only access is on foot. However, urban transport (lines 2,5,6,7 and 9) stops very close to it, just a few minutes’ walk from the Paseo de la Victoria, passing through the Puerta de Almodovar (Almodovar’s Gate). 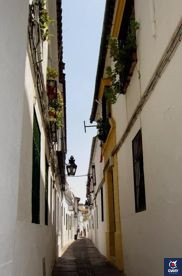