The Royal Chapel of Granada, artistic heritage of the Catholic Monarchs - Oway Tours

The Royal Chapel of Granada, artistic heritage of the Catholic Monarchs 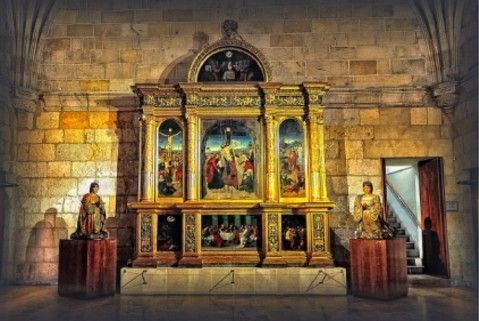 Seville hosts the Royal Alcazar, considered the oldest Royal Palace in Spain, which represents the perfect marriage between Christian and Mudejar architecture, making it a spectacle for the five senses.

Its historical and architectural importance has earned it a place on Unesco's list of World Heritage monuments. Originally conceived as a fortress in 913, it has been repeatedly renovated throughout its 11 centuries of existence.

Its most spectacular incorporation was in the fourteenth century, when King Peter added the sumptuous Palace of Don Pedro, which is still the jewel in the crown of the Alcazar. However, one of the most important attractions was the recent recording of Game of Thrones, bringing to life the exotic and southern kingdom of Dorne.

Luxurious gardens and relaxing fountains. Rooms and courtyards that keep echoes of history: this is the Royal Alcazar, an obligatory stop on your visit to Seville.

About the Royal Alcazar of Seville

The Royal Alcazar of Seville is another of the jewels of this magnetic city.

Although it was built in the Middle Ages, it has vestiges of Islamic art, making it a particularly unique site. It is also a world heritage monument by Unesco, and it has different styles of art, such as Gothic and Mudejar. Both artistic styles, despite being very different, are perfectly harmonized in this architectural work of art.

Stages and parts of the Royal Alcazar of Seville

The different historical stages have had a notable influence on the final configuration of the Royal Alcazar of Seville: the nobility has lived in there from the Umayyads to the Catholic Monarchs, offering an unparalleled mix of styles. This, together with its quality as a royal residence, gives birth to a place with impressive palatial halls and gardens: each with its own essence, where you can appreciate a variety of styles and influences in its construction, from Islamic to neoclassical.

As an example of this beauty, the ambassadors' hall shows an impressive dome decorated with pieces carved in cedar on gold, an entire work of art. The exterior is also magnificent: courtyards and gardens with different stories and souls. A feast for the five senses.
Cathedral of Granada Guided tour 31€ Book

Visit the Royal Alcazar of Seville

In the midst of the hustle and bustle of Seville lies this oasis of peace and exoticism, which is also an essential work for understanding the transition from Islam to Christianity in the 13th century.

Therefore, as one of the most important monuments in Spain, it has a large influx of visitors that is also limited, so if you want to visit the Royal Alcazar of Seville, we recommend you to book your ticket in advance.

As you will see, the Royal Alcazar is an obligatory stop in the capital of light, where between the splendour of past times and the passionate beauty of Seville, you will spend some unforgettable days.

When are you coming to Seville?