The Mosque of Cordoba and the mestizo character of its architecture

The secrets of the Corredera Square in Cordoba

10 Illustrious personalities buried in the Mosque-Cathedral of Cordoba 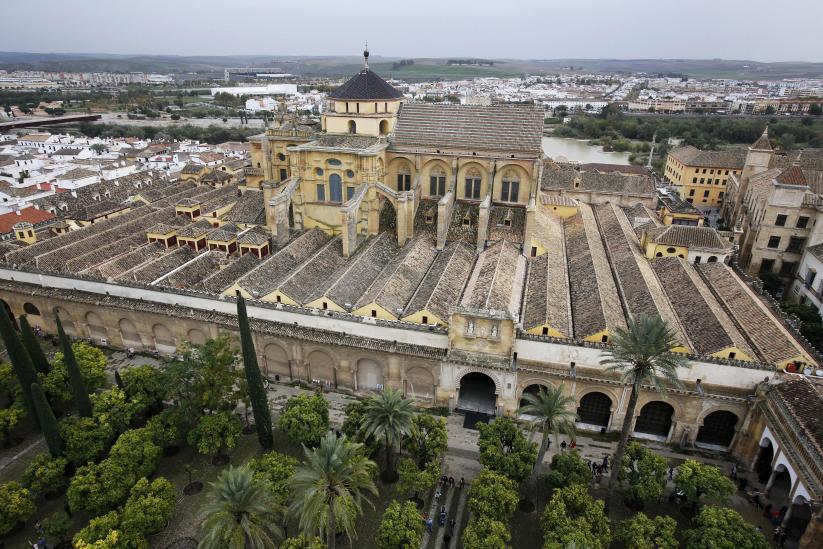 Most people who visit the Mosque of Cordoba are impressed by the large number of funerary chapels and tombs found inside. Chapels and tombs, evidently Christian, since Muslims cannot be buried in the mosques. To be buried in this place was a luxury available to very few, so most of the chapels are occupied by members of the nobility or the clergy.

Below we will mention ten of the most important figures whose burials are located in this monument.

Their mortal remains were in the crypt of the Royal Chapel until 1736 when King Philip V decided to move them to the Collegiate Church of San Hipolito in the capital of Cordoba. This chapel was built in the 14th century under the auspices of Henry II and is of Mudejar style. The Royal Chapel is located in front of the Treasury Chamber, very close to the Chapel of Villaviciosa.

2- The mortal remains of Luis de Góngora y Argote
The famous Cordovan poet of the 17th century is in the Chapel of San Bartolomé. Luis de Góngora was an archdeacon and for this reason every year, on May 23 to commemorate the date of his death, the Cathedral Chapter and the Royal Academy of Sciences, Fine Arts and Noble Arts of Cordoba organize a mass in his honor. The Chapel of San Bartolomé is located in the same wall of the quibla, next to the Visigothic Museum of San Vicente.

Known as “the prince of the writers of the New World” he was a writer and historian born in Cuzco, son of a Spanish nobleman and a Peruvian princess. He moved to Cordoba in 1561, when he was 22 years old and his mortal remains rest in the crypt of the Chapel of the Blessed Souls of Purgatory, which is located in the north wall of the prayer room.

He was a very prominent figure in Cordoba at the end of the 17th century and the beginning of the 18th century under whose auspices important buildings were built, such as the Church of San Pedro de Alcántara or the hospital that bears his name. Her tomb is located in the Chapel of Santa Teresa built in 1703 by Francisco Hurtado Izquierdo, in an elegant baroque style. This beautiful chapel also houses the Treasury of the Cathedral and is located very close to the mihrab of the mosque.

He was the author of the cathedral choir stalls. He was 69 years old when he began to take charge of this work and after working on it for almost a decade, he died very shortly before the choir stalls were put in place. For this reason, the Cabildo gave him the great honor of being buried at the entrance of the cathedral’s choir.

Under whose bishopric the work on the transept of the cathedral was completed in 1607, he is buried on the side of the epistle (the right side) in the Main Chapel. His tomb is formed by a praying sculpture looking towards the Main Altarpiece.

The famous painter, sculptor, architect and treatise writer from Cordoba who died in the capital in 1608, is another of the great personalities who are buried in the Mosque Cathedral. His tomb is located in front of the Chapel of San Pablo, under one of the arches of the cathedral transept.

He was viceroy of the Rio de la Plata (viceroyalty that grouped the current Argentina, Paraguay, Uruguay and Bolivia) in the years 1777 and 1778. His military career is plagued with achievements and he died by chance in Cordoba, since he was really on his way to Madrid, but when he arrived in our city he found his health very deteriorated and he entered the Convent of the Capuchin Fathers to try to recover. His tomb is located in the Villaviciosa Chapel.

9- Our Lady of the Conception

One of the most beautiful funerary chapels of the Mosque Cathedral, on the western side. Its founder, Bishop Fray Alonso de Medina y Salizanes, is buried in it. The mural paintings of the antechapel are the work of Juan de Alfaro, the altarpiece of Melchor de Aguirre and the delicate sculptures of the same were executed by Pedro de Mena.

Bishop of Cordoba for 17 years (between 1978 and 1995), was the last personality buried inside the prayer room. The year was 2005 and since the 19th century no one had been buried in the monument that concerns us. His mortal remains rest inside the Chapel of the Conversion of St. Paul.