The 6 Best Beaches of Mijas Costa

The best Arab Bath in Seville 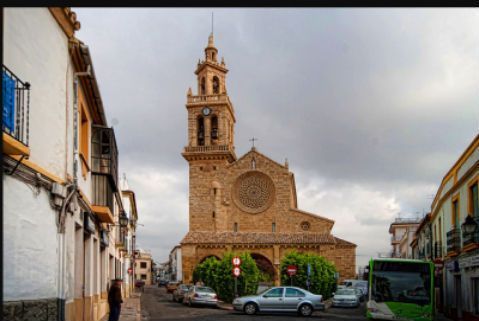 Located in the downtown district, the neighborhood of San Lorenzo is an iconic place in Córdoba.  With a history linked to solidarity among the working people who populated the neighborhood, today it is an exponent of history, architecture and culture. With places of interest that include the homonymous church of San Lorenzo, the Jardín de los Poetas or the impressive Taberna de la Sociedad de Plateros; the San Lorenzo neighborhood is a tribute to the fervor and fortitude of the working classes.

Its origin dates back to the 13th century, when the administrative divisions were distributed as a result of the Christian reconquest of Cordoba. From then on, the intramural city was divided into 14 collaciones, 7 in the town and 7 in the Axerquía, a typical medieval organization. Since its creation, the neighborhood has been linked to the artisans and the working class of Cordoba, which has given the district a peculiar air, marked by the cordiality and closeness of its people, whose solidarity and rebelliousness has been key in historical events such as the Motín del Pan, the uprising in 1650.  Year in which the inhabitants of the neighborhood would take to the streets to fight against the prevailing famine. Since then, this neighborhood keeps that essence, and although modernized, permeates every corner.

Built during the second half of the 20th century, the Church of San Lorenzo is one of the so-called Fernandine churches in Cordoba. Erected over a mosque, it replaced an older Visigothic church; something that can be seen in accents such as the impressive Gothic-Mudejar rose window, one of the best of the time. For all this and much more, this church is one of the most important monuments to understand the different faces of Cordoba.

Church of the Oath of San Rafael

From fervor to fervor we landed in the Basilica of the Oath of San Rafael where, they say, the archangel San Rafael appeared to Father Roelas in the sixteenth century to ask him to guard the city. From that encounter this basilica was born, which offers an impressive neoclassical façade on the outside and inside, part of the work of the famous painter Vicente López Cardera.

Running along the Almoravid wall of the Marrubial and among typical Cordovan houses, this garden is one of the best kept secrets of Cordoba.  With its exotic species and birds faithful to the garden, it is a real oasis in the middle of the city.

Between arches in the purest style of the Mosque, you can enjoy this house dating from 1868, where the menu is made up of dishes of traditional Cordovan cuisine. The best? Its Cordoban patio with orange and lemon trees. patio Cordobés con naranjos y limoneros.

Located in the western part of the downtown district -historic center- it is bordered by:

As an integral part of the downtown district, it is an obligatory stop on your itinerary through Cordoba. A neighborhood where you can stroll to get to know its inhabitants, take a break in the oasis of the Jardín de los Poetas and then enjoy some good flamenquines in the iconic Taberna Sociedad de Plateros. As you will see, a perfect plan to enjoy like a Cordovan: to the rhythm of the people, the gastronomy and the beauty.