What to see and do in Tarifa 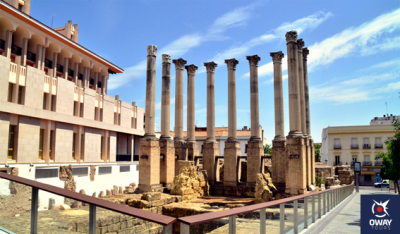 The city of Corduba (as Cordoba was known in Roman times) was founded by General Claudio Marcelo between 169.C BC and 152 BC.C, consolidating itself in the area we know today as the surroundings of the Mosque-Cathedral, in front of the stretch of the Guadalquivir where the river no longer allows navigation. This site was chosen for purely defensive and strategic reasons.

If we make a tour of Cordoba, even today we can see with the naked eye vestiges of the ancient Roman era. Elements such as the Roman Bridge, the Temple of the town hall, the amphitheater located in the Archaeological Museum or the simple urban structure are some of the remains that our ancestors have left us. Do you want to know a little about the history of the Roman colony in Cordoba? Well, read on to find out.

Hispania, present in the current architecture of Córdoba

A pioneering urban strategy. A Roman theatre or circus. Funerary monuments. Aqueducts. Majestic Necropolis and tombs. They are part of the Roman legacy in Cordoba, the city of a thousand cultures.

Discovered in the 50s, today it is an Asset of Cultural Interest and Historical Heritage of Cordoba. It is not the only temple dedicated to worship, but it is the one of which there is evidence and there are still vestiges. It is not known exactly, but experts believe that it was dedicated to divinized emperors.

Built in the first century, it is the largest known amphitheater in Hispania and the third largest in the entire empire after the Colosseum and the amphitheater of Carthage. At the time of its construction it was the largest ever built. 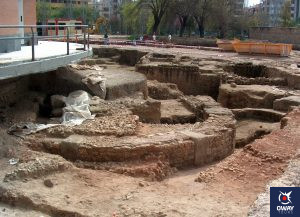 The remains of the old theater is in the Archaeological Museum of Cordoba, where you can still see the stands and several original inscriptions of the time. 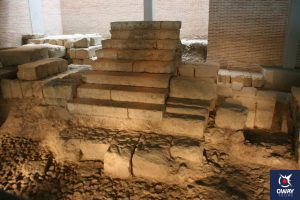 Bridge (Roman and over the brook Pedroches)

The Roman Bridge is today one of the most important icons of the most Roman Cordoba. The main one connects the Campo de la Vedad with the Barrio de la Catedral. The second in importance is located on the road from Castilla de los Ciegos to marrubial. 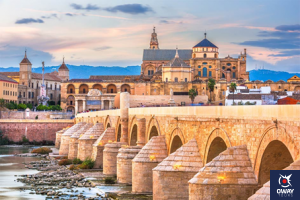 Discovered just 25 years ago, in Cordoba there are two Roman funerary monuments. Both preserve the burial chamber that sheltered the cinerary urn, as well as remains of the basement, cornices and crenellated parapet. 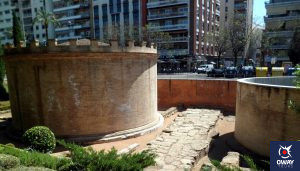 As you will see, today you can enjoy the most Roman face of Cordoba and take a tour of the main vestiges of the Roman era of splendor, when the emperors were divinities and the people had fun with bread and circus, in the circuses where gladiators fought each other and against ferocious beasts.

History of Cordoba in Roman times

At first, the city hosted a mixture of cultures, that is, the Roman population itself for a time was “neighboring” of the indigenous population settled (on the Hill of the Burned, current Cruz Conde Park)  before the arrival of the Romans. Despite this, the conquest of these was increasingly intense until the disappearance of the first settlers, creating little by little a new city located on the highest hill of the city called “Hispania Ulterior”. With the passage of  centuries, and as we will tell later, conflicts arise  in  the Italian capital, Rome, with origin in the civil wars between Caesar and the sons of Pompey, which would culminate with the end of the  Roman Republic. The city took the side of the Pompeians, the losing side, so the reprisals were not allowed to wait, and Cordoba, which then had more than 20,000 residents, was harshly punished, beginning a long period of recession.

This stage begins between 143 and 141 BC.C when Corduba is murdered by Viriato.

The Republican city was located in the highest part of the city (on the hill) where the modern area is currently located, a practically flat surface with steep slopes and some streams. Its planning was based on the characteristics of  Italic  urbanism, with a wall  and a regular layout formed by “kardo  and  decumanus” maximum. 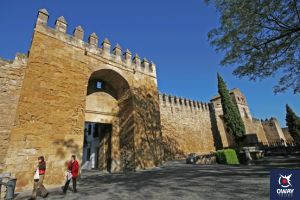 During this time important contributions were made to the city, such as the civic and monumental center, a place of religious, political, legal and administrative reference for the population. At the same time, it also highlights the first formal paving of some streets, the installation of a network of sewers and the first monumentalization of houses and public buildings. Until that time the city would have maintained a certain aspect of camp, with predominance in its constructions of stone, wood and mud. In the middle of the second century BC.C the construction of the first wall begins.

About to the residential constructions, the oldest remains date back  to the middle or end of the second century a.C, raising these in the traditional way of the indigenous settlers. Inside, the decoration was limited to colors such  as  red and    black. At the beginning of the first century BC.C. , begin to test craft techniques that beautify the houses and decorate these with more vivid and original colors. In these early days there were still no aqueducts that brought running water, so they were supplied with water from wells and cisterns.

In the middle of the first century BC.C. the civil wars  between Caesar and the Pompeians arrived in  Cordoba, which would end the Roman Republic. Corduba  took the side of the Pompeian side, which is why it was  occupied  and destroyed by caesarian troops,  ending the lives of many inhabitants. The city  entered a period of crisis that would last for a few decades.   The city returned to normal with the arrival of emperor Augustus.

During the time of emperor Augustus’ control, the city undergoes a transformation, welcoming numerous veterans who had participated in the wars of the North and providing the emperor with lands and inheritances to each. During this time, emperor Augustus succeeded in granting the city the rank of Patrician Colony, that is, the highest status that a city could achieve during the time of the Roman Empire.

Throughout the first century a.C, Cordoba undergoes transformations originated by the appointment to Colonia Patricia. These changes were numerous, highlighting among them the extension to the Guadalquivir River and the beginning of its beautification and establishment of various monuments of great importance. Undoubtedly one of the most remarkable contributions was the construction of the well-known Roman Bridge, which gave access to the city from the south and supplied the city with water. It was certainly a time of splendor for the city.

However, this splendor lasts until the third century, when the first economic and social crises arrive and the works of new buildings are paralyzed. As a result, as there are no constructions in progress, the owners and workers of workshops begin to suffer economic problems, the houses begin to deteriorate, etc. All this problem  causes the province to lose the capital achieved in times past.

The stay of the Romans in the city of Cordoba was long and intense, lasting about seven centuries and leaving forever a mark on the Andalusian city whose vestiges, both physical and in the ways of life, are present today.