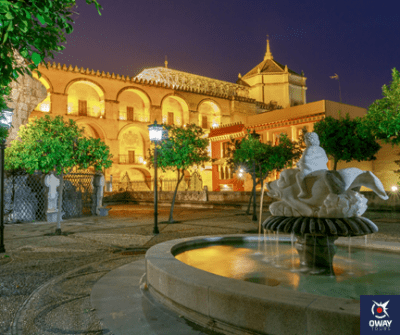 With more than 2000 years of history and having hosted various civilizations throughout his life, Cordoba has endless stories to tell. Some of them real… others not so much. Do you want to know the most famous legends that this Andalusian city awaits among its walls? Well, read on and find out.

Remodeled today as an educational center of the University of Cordoba, this historic building has been having different functions throughout history. Among these we highlight that of being a hospital of the terminally ill for almost three centuries, a fact that has been moving from word of mouth until it germinates in the belief that it is a building full of ghosts. 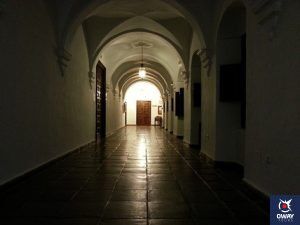 Some students recount that during their classes the chairs move or the bathroom doors close on their own, and night security guards claim to feel presences during their rounds and have seen people with hospital bats down the aisles (there are currently security cameras, of which it would be curious to review some images). Such is the conviction, that on one occasion a television program made a report on this and several companies specialized in dark tourism have included the faculty among the stops of their guided tours.

The Legend of the star of desires

Cordoba is full of magic-filled corners. Among them it is said that next to Torrijos Street, on a corner outside the Mosque-Cathedral, there is a stone shaped like a fossilized star on the wall, of which it has been said that if you touch it will fulfill the wish you ask for. According to some experts,  the piece  could be the fossilized shell of a sea urchin, but what makes  it  special is the magical legend that has been attributed to it.

And even if it is for the grace of looking for it (like the famous frog of the Cathedral of Salamanca),it is already worth doing so, because it is a very strange fossil, unique in Andalusia, so you cannot go to Cordoba without looking for it. 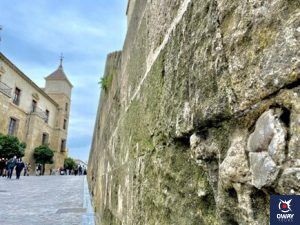 The procedure you need to follow is simple, you should caress it with your fingertips and make your wish. Some legends tell that you can ask for up to three desires, and that chance will be drawn as it is fulfilled, but beware, do not ask for anything to do with wealth, for it will not be fulfilled.

The legend of crushed lovers

Cordoba is a city full of love stories, and this one is so curious that it has gone from word to mouth to become one of the best known. Legend has it that a boy who lived alone with his mother (she had just widowed), they had few resources and the money they could save him safely. One day the boy met a woman and fell in love with her, so much so that, after a strong argument with his mother, he decided to take away the money saved from her so that he could flee with his beloved. The mother, upon learning, called for revenge on her son and he, who was a refugee with her lover in a place near the Colodro Gate, suffered the consequences and a wall collapsed on them.

The day after the tragedy, the local owner found them and alerted the entire neighborhood, including the boy’s mother. Everyone was very astonished by what they were seeing, for the posture in which the bodies had remained showed the love between them. This story was so momentous at the time that it even came to be told by some preachers.

The legend of the fountain of Santa Maria

Located in the Patio de los Naranjos of the Mosque-Cathedral we find this fountain, which according to the popular saying, collects water with magical properties. In the courtyard there are several fountains, and specifically this is the largest of all, it is located at the foot of the tower and stands out because in one of its pipes (called the Caño del Olivo) is located a centenary tree that has been a source of inspiration for the creation of some popular stories and couplets.

Legend has it that single women who drink from this source “celestine” (specifically from the olive pipe) will find someone to marry. In this way, many women who wish to marry have gone through her to drink and thus achieve their goal. Did they make it? Will this legend be real or will the one who has achieved it be by the fruit of chance? Who knows… you’ll have to dare try it. 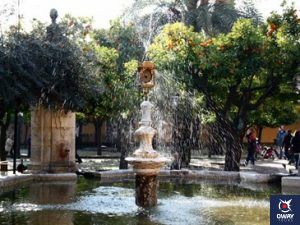 The legend of the captive

One of the best-known legends of origin in the Mosque-Cathedral is that of the captive, who says that a young Christian working as a gardener fell in love with an Arab girl who frequented the boy’s shop. After several visits, he asked her to marry him and she accepted, but they could not do so if she did not convert to the Christian religion. 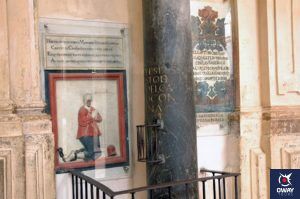 She accepted the change of religion and when baptism was to come, Arab soldiers ended the girl’s life and captured the gardener, leaving him tied to one of the columns inside the monument. During his captivity, so as not to lose faith, the young man engraved with his fingernails a cross on the stone of the column.

Currently the search for this cross among the columns is one of the curious pastimes that you can perform if you visit the Mosque-Cathedral of Cordoba.

Legend of the Seven Infants of Lara

Legend has it that a marriage formed by the so-called Gonzalo Gústioz and Doña Sancha had seven children, the infants of Lara. During the marriage liaison of Doña Sancha’s brother, there was a bray among the bride’s relatives and the infants themselves during which a cousin of their mother died at the hands of the younger siblings, Gonzalillo. 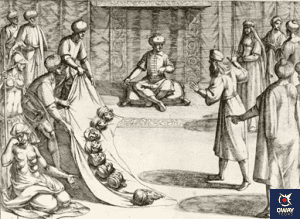 After a while, Gonzalillo was seen by her mother taking a bath, a fact she took as an offense because he was in minor cloths. Taking advantage of the moment he decided to avenge his cousin’s death and ordered the servant to throw Gonzalo a blood-filled pickle. As a result, the boy ended the servant’s life.

This event caused Doña Sancha to become even more angry with her son and between her and her husband they planned for Gonzalillo to travel to Cordoba to deliver a letter written in Arabic to the Prime Minister of the Caliph, Almanzor. In the letter he was begged that the bearer of the letter be killed, however, Almanzor did not heed the writing and only kept the young man held in the House of the Heads.

While this was happening, the other brothers had fallen into an ambush of the Muslim army in which they were eventually killed. In this battle the infants were beheaded and their heads were sent to Cordoba on their orders. Upon arriving at the destination they were hung in the arches of the alley next to the House of the Heads.

And if you are interested in taking a tour of the most emblematic sites of the city, Oway Tours offers you the best guided tours in Cordoba: