Guide to the best tapas in Granada 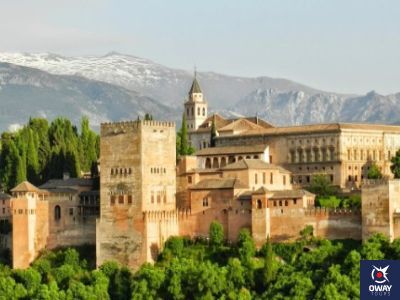 Granada, a city full of history, which evokes all the essence of the mixture of civilizations, one of the greatest treasures you can find in Spain. Not only has a great cultural value, but it is a city full of secrets and legends, land of elves and enchantment. Stories that are transmitted by word of mouth and from generation to generation and that today continue to serve as a source of inspiration for artists and travelers. Many of them come from the Arab heritage, but others have other origins that make up the incredible history of its streets and its people. In this article you will discover the most interesting of the city, which will make your next trip to Granada.

The Legend of the Sultan and the Abencerrajes.

This legend tells that 36 members of the Abencerrajes family, important politicians of the 15th century, were invited to a banquet in the palace of Sultan Abu Al-Hassan, inside the Alhambra. The Sultan wanted revenge, after learning that one of them was courting his concubine. There is also another legend that tells that these two families were political rivals, and that they invented this relationship, to arouse the anger of the Sultan.

Whatever the reason, during the banquet, the Sultan and his guards cut off the heads of all the guests, throwing them into the fountains. This is why legend has it that the reddish color in the fountain of the Patio of the Lions and the canal that carries its water, is due to the blood stains, as a reminder of the massacre.

If you want to know more about this legend and others, don’t forget to take one of our tours: 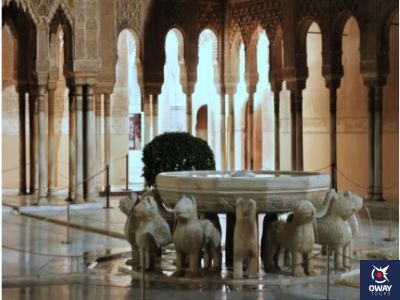 Origin of the name of Granada

There are many theories about the true origin of the name of the city, although the most recognized is that behind the term Granada is Gar-anat, name of the medina “Madinat Gar-Anar”. Before the 11th century the most important city in the area was Medina Elvira, the capital of the Muslim kingdom, located in Atarfe. Later the Zirids changed the capital from Medina Elvira to Medina Garnata, from where the name of Granada comes from, by phonetic evolution.

The main differences as to its origin are attributed to the Arabic “gar-anat” (pilgrims’ hill) or to the Latin “granatum” (pomegranate), which is the tree that gives fruit to the pomegranate. One of the legends related to the pomegranate, tells that in a remote time, a person watching the sunset, compared the image he saw with an open pomegranate bermellona. 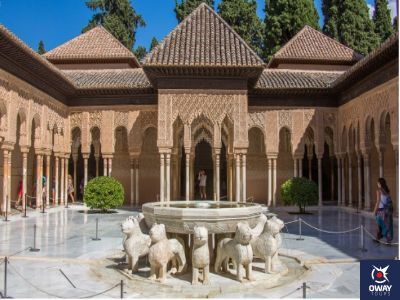 The origin of the name of the Alhambra

Alhambra in Arabic is “Al Hamra” which means the red one, a name that comes from “al Qalát al-hamra” meaning red fortress. Although at first the palace was white, during its construction, which was mostly at night, some historians say that night bonfires were made, illuminating the builders, giving the reddish color to the buildings and the name to the place. Seen at night, from far away, due to the light of the torches it looked red.

There is also another theory about the name, which leads us to Muhammad I of Granada, who was known as ibn Al-Ahmar (the son of red). According to this theory, the Alhambra would inherit its nickname from the color of the hair that the king of Granada also inherited. 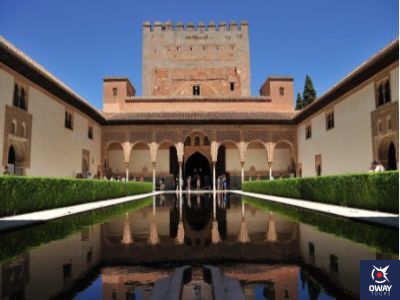 The legend of the Sundial of the Alhambra

One of the most secret monuments in Spain is the Alhambra. To this day, it continues to hide secrets within its walls. When it was built, in addition to the defense function, the palace took special care in elements such as water and light.

Few visitors know that one of the legends attributed to it is the existence of a sundial inside, especially in winter, the monumental complex is built in such a way that depending on the shadows of the rooms, you can tell what time it is. The rooms are split in half thanks to the play of light produced by the shadows. One of the rooms where the effect can be appreciated is in the Patio de los Leones, which has always been the center of all kinds of legends. 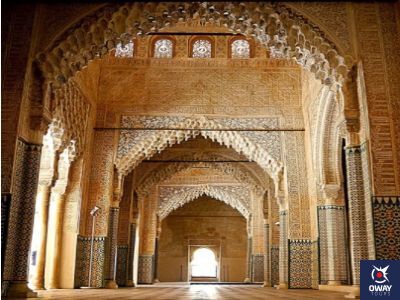 The love letter of the Alhambra Museum

The Alhambra, a place with a lot of history, where many cultures have lived. It is very common to find curious and historical objects.

A few years ago, specifically in 2013, a restorer, who was repairing a Mudejar coffered ceiling of the Museum of the Alhambra, was surprised to find a letter almost a century old. In it a certain Pepe, a neighbor of Sorvilán, was writing to Emilia in a mysterious and very loving way.

The letter read as follows:

“If on Wednesday I didn’t take them, don’t talk on Thursday to the other one who goes with grapes (…) You will tell me if you received the grapes and that you will send the letters with the one who takes the grapes (…) Without anything else for today, kisses from the one who loves you”. 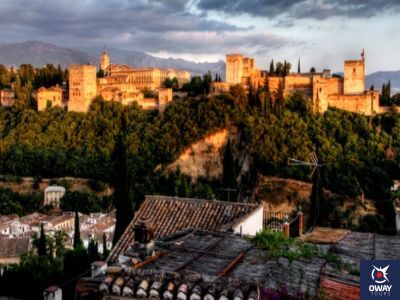 The Mexuar door is located at the entrance of the Nasrid Palaces. It is one of the oldest rooms of the Alhambra and a place that was mainly dedicated to the bureaucracy and the administration of justice throughout the 14th century.

It was the Sultan’s hiding place, so that he could see and hear what the people who were to be judged in the palace were saying, without them being aware of his presence, thus managing to impart justice in a more objective way. Thus he managed to gain the favor and trust of the people. This is why for many centuries there was a tile that said, “enter and ask, do not be afraid to ask for justice, you will find it” Meaning, that the sultans had a double condition of judge and lord, and their fair and impartial sentences were known. 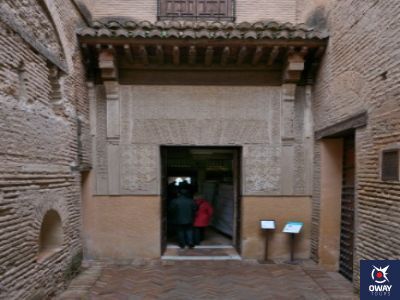 Term with which the inhabitants of one of the most famous neighborhoods of Granada, the Realejo neighborhood, are popularly known. The origin is very curious, having to do with the Virgen de la Misericordia. In 1969, there was a fire in the church where the Virgin was located, due to a short circuit in a Christmas nativity scene. They were only able to save the Virgin. But she suffered damage to her hair, leaving it uncombed, in the form of greñas. This is why they began to call the Virgin “la grenúa” (the crane), leaving the population of the neighborhood with this nickname. 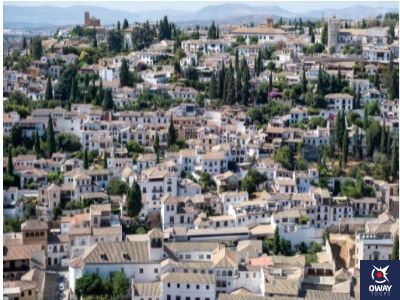 The legend of the Silla del Moro

The Silla del Moro or Castillo de San Elena, is a group of small walled towers built in the 14th century to watch over the Generalife. It is currently one of the viewpoints with the best views of the Alhambra.

Legend has it that the manners of King Boabdil, caused a revelation of his people, so he had to look for a place to hide, so he went to some bare hills, beyond the Generalife. It was from there that he watched sadly, sitting in the ruins, as he was losing his empire. 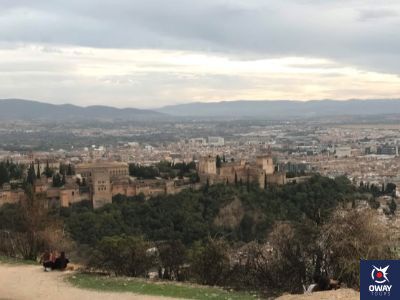 Game of Thrones in Granada?

Who would have thought that the most famous series in the world could have been filmed in Granada but was not? One morning on May 22, 2004, Granada woke up to the news that the producers of the series had considered the Alhambra as one of the locations for the fifth season, but the negotiations did not bear fruit. Finally the filming was carried out in several locations in Seville and Osuna. 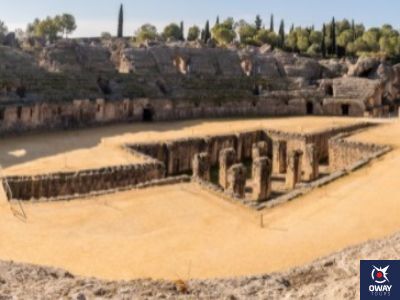