8 free plans to enjoy in Granada

Where to park for free in Malaga 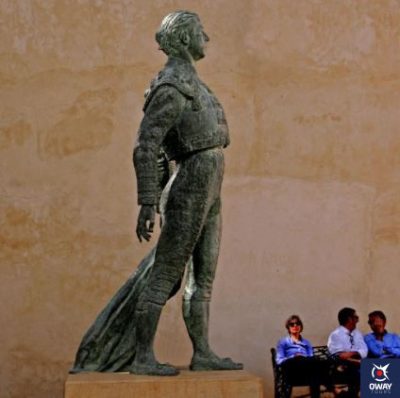 Recognising the ancient bandits, bullfighters and artists that the city of the Tajo has generated throughout its history is a reflection of the personality that the city, declared a Historic-Artistic Site, has adopted.

The contribution of personalities to the artistic world is, without doubt, very important in the city. On the other hand, the creation of unique styles of flamenco, poets and painters, shows that it is a hotbed of artists, and a key corner for their development.

He is one of the best representatives of Mannerism in the city of Seville in the last third of the 16th century. He was born in Ronda but he himself admitted to being a native of Seville. He stands out for his clear and precise drawing in his paintings with an arbitrary and artificial colouring.

He was born and lived in Ronda in 1770. He is the creator of the famous “polo”, a soleá of four verses. Futhermore, he is considered to be one of the people responsible for the “cante payo” and especially the ones from Ronda. He spent practically all his life in the city until his death in 1830.

Gypsy, singer and guitarist from Ronda. She reached the top of her singing from the corners and flamenco tablaos of the city of the Tajo. She is the aunt of Carmen Amaya, a dancer of great national prestige in the 20th century.

Flamenco singer born in Ronda. Her art is marked by a great voice and personality, highlighting her own interpretation of Ronda’s cantes. She is one of the great promoters of the flamenco art of the serranía, as she was successful in Seville, Málaga and Madrid.

An outstanding poet of the generation of ’27 who was born at the beginning of the 20th century in Cádiz, until he moved to Ronda in the middle of the century to calle Tenorio, next to the Santa María la Mayor church. There, a bronze bust on a high stone base stands out. The poet had one of the best libraries in the city, installed in his home.

He is the best known flamenco guitarist in the history of the art of the guitar. His way of playing developed completely differently, as he incorporated into his technique the black notes taught by the Americans from the Morón de la Frontera. 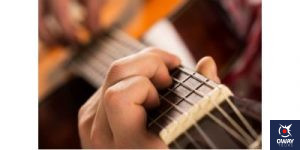 The city of the Tajo is one of the most renowned for its pride and passion for traditions and also for the bulls. The festival of the bulls is part of its history and culture, and we can see this in the many famous familys, bullfighters and enthusiasts, have taken the name of Ronda around the world.

A line of bullfighters from Ronda from the 18th century. The third generation with Pedro Romero stands out. A man who marks a before and after in bullfighting. He raises a unique, individual, professional and full of art way. With this, the bull begins to stand out as an outstanding and sought-after personality. 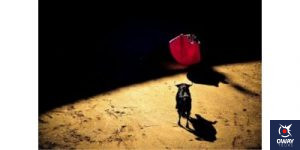 Cayetano Ordóñez was born at the beginning of the 20th century and will be the heir to the art of bullfighting of Pedro Romero. His status as a brave, varied and long bullfighter will take him throughout his career, making his dynasty the second most important in the history of bullfighting in Ronda and Spain. His son, Antonio Ordóñez, will take a deeper, deeper, immense and artistic practice, bordering on perfection. In 1996 a monument to both figures of the bullfighting world was inaugurated. The sculptor from Avila, Nicomedes Díaz Piquero, reflected a posture faithful to the portrait of the honorees. Both are located next to the Puerta del Picadero de la Real Maestranza de Caballería de Ronda.

Looting, robbery and rebellion have continued since Roman stage, but have been characteristic of cities like the Serrania de Ronda, because of the special geographical configuration that its mountains provided. It was during the 18th and 19th centuries that banditry reached its peak, and of these centuries it is the best known and most remembered.

Born in Córdoba, he fled after a dispute that led to the death of a citizen who tried to court his girlfriend. He found natural refuge in the Sierra de Ronda until his death.

He is the last bandit of Ronda. His solitary life in the mountains and his love of hunting and gambling put him in the sights of the Guardia Civil.

Ronda has been a place of reference for the great travellers, and there is no doubt that its influence has come from its relations with the world of bullfighting. The great generations that have emerged and developed in the capital have led to great artists arriving in admiration of the traditional way of expressing their way of life.

Filmmaker who, during long stays in Ronda, shot several of his films. Close relationship with the world of bullfighting and with Ronda, mainly with Antonio Ordóñez, who recorded with his own camera some of his great works. His close ties to the city meant that his ashes were laid to rest here, specifically at the El Recreo de San Cayetano estate, according to the filmmaker’s own wishes, which was owned by the Rivera Ordóñez brothers. In 1996 he was named, together with Ernest Hemingway, a writer, adopted son of Ronda. It has a sculpture inaugurated in 2015. It is located next to the bullring, and is the work of Paco Parra.

American Nobel Prize winner of literature who boasted of the city, with the only aspiration of writing about the way and manner of bullfighting in Ronda. His first successful novel “Fiesta” was inspired by his meeting with the bullfighter Cayetano Ordóñez in a hotel in Pamplona. It has a 2.5 metre high monument around the bullring, with a high relief and bronze bust, inaugurated in 2015. His connection with bullfighting is due to his fascination with Spain and bullfighting because of his strong friendship with Antonio Ordóñez. 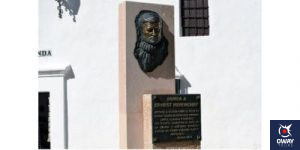 Spanish notary and politician, he is considered the “Father of the Andalusian Nation”. His life was dedicated to the defence of Andalusia’s rights, fighting for its autonomy and socio-economic revival. In the city we find a viewpoint that receives its name in the form of a garden, at the exit of the Plaza de Toros, where there was a sculpture by Paco Parra that today has been moved to the Plaza del Socorro. The visit to this emblem is part of the Free Walking Tour Ronda, the best way to get to know the city. 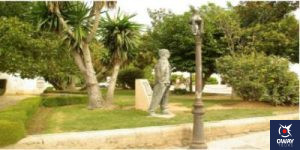