Holy Week in the incredible city of Ronda | Owaytours.com

The Most Important Streets of Seville 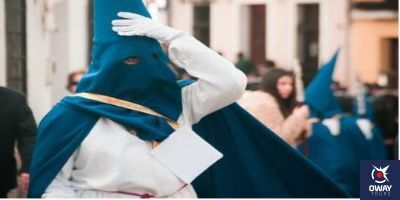 Holy Week is not only the most important celebration for Christianity, but also for the whole of Andalusia, and this town in Malaga is no exception. Every year it receives thousands of tourists and has been recognised as a festival of Andalusian Tourist Interest. In addition, the geographical location and the large number of monuments make it enjoy a unique setting, a real treat for all the senses. In fact, your visit cannot be in vain, you must soak up every corner of the city, for this we have Free Tour Ronda, made for you.

Information about Holy Week in Ronda

It is said that Miguel de Cervantes in some of his visits to Ronda to collect the taxes, had the opportunity to meet some of the brotherhoods of the city as the Santo Entierro or the Vera Cruz. 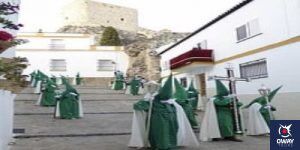 Ronda’s Holy Week follows the same aesthetic canon as the rest of Andalusia, although it mixes the Malaga tradition of carrying the processional floats on the shoulder (the so-called cargadores) and the Seville tradition of carrying them around the neck (the so-called costaleros). The rest of the elements, including the nazarenos (different colours depending on the brotherhood), the bands or the women dressed in mantilla, play a fundamental role in the city’s processions. This costume became popular in the 19th century, and is a sign of mourning for the death of Jesus Christ. 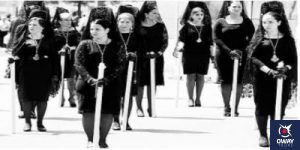 In all Andalusian cities, boxes and chairs are installed along the route that all the Brotherhoods share, it is called “Carrera Oficial“. It is one of the most dazzling moments of the Brotherhoods and where many people choose to see them for the comfort of not having to move around the different streets.

In Ronda, the Carrera Oficial is located in the Plaza del Socorro, the epicentre of the city. The structure has more than three hundred seats and is arranged in a staggered manner, allowing spectators to enjoy the passage of the different brotherhoods. 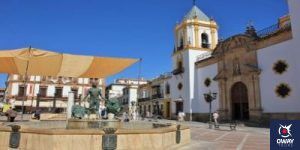 The 15 brotherhoods take part in a procession between Palm Sunday and Easter Sunday through the streets of the city centre, most of them on Sunday, Thursday and Holy Friday, the most important days of the week. Some of them come from neighbourhoods further away from the historical centre such as La Pollinica from the Parish Church of San Antonio de Padua or El Prendimiento from the Church of San Cristóbal, having to travel a long distance. What they all agree on is in procession through the most important monuments of Ronda. All of them can be visited throughout the year, and with our Monumental Guided Tour Ronda, it will be the touch that was left to your trip. 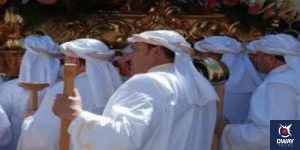 Below, we offer you a list of the brotherhoods of Ronda and the day that they do Penance Station, as well as some notes of interest.

It is the brotherhood that travels the furthest and the first to take part in the procession at Holy Week in Ronda. It was founded in the 50’s.

One of the most popular brotherhoods in the city, it also comes from a remote neighbourhood and goes on procession on Palm Sunday afternoon. It is made up of one of the most impressive mysteries of the city.

Procession also on Palm Sunday in the afternoon. In 2004 it made its first outing as a group brotherhood, and although it is not an old brotherhood, it has great devotion.

The only brotherhood in procession on Holy Monday, it is made up of two floats, one of which tells the story of Jesus kneeling down to pray in the olive grove. It was founded in the 1950s.

The procession takes place on Holy Wednesday and the mystery narrates the moment when Jesus is scourged by a sackcloth.

One of the oldest brotherhoods in the city, it dates back to the 16th century. It holds a procession on Holy Wednesday and, as its name suggests, silence is the protagonist of the procession, only interrupted by the sound of a drum.

Like El Silencio, this brotherhood was established in the 16th century and goes on procession on Holy Thursday. Jesus appears embraced by the cross as a symbol of Christianity.

A brotherhood that dates back to the 18th century, it is made up of three images. The one of greatest devotional value is that of the Ecce-Homo, popularly known as “Christ of the Scale” because of the twenty-eight steps that form its altarpiece. They are carried in procession on Holy Thursday.

You have to go back to the 17th century to get to know this brotherhood. It holds a procession at dawn on Holy Friday and there is much devotion in the city of Ronda.

Brotherhood that goes on procession on Holy Friday afternoon. It was founded in 1844 and holds a two-step procession. In one, Jesus appears on the cross and in the other, Mary holding the inert body of her son.

It was founded in 1574 and on Holy Friday afternoon an impressive throne carried by porters is paraded through the streets. On Easter Sunday they also take charge of the procession of the Risen Jesus.

A brotherhood founded in 1721, carries the image of Mary alone in procession on Holy Friday afternoon by the cross where Jesus was crucified.

You already know a little about the Holy Week in Ronda, you just have to enjoy it by yourself, do not hesitate to visit it. 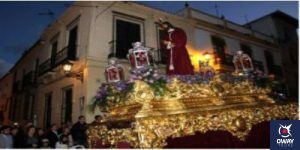