The best hiking routes in Cadiz 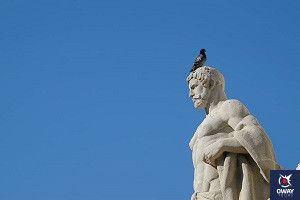 Cádiz is known for many things: its carnival, its monuments and its history. It is therefore evidente that among its people there is no lack of creativity and art. Therefore, today web ring a list of famous people who were born in Cádiz and have shared their art with all of over time.

The actress, comedian and TV presenter was born in Cádiz on September 25, 1969 into a family of six siblings, and her father was a stagehand at the Gran Teatro Falla. She began working as an assistant nurse at Puerta del Mar University Hospital, although she had studied Fine Arts in the speciality of painting and ceramics. Her first job in television was in 1994, a comedy show on Antena 3 called Genio y figura.

She has participated in numerous programs presenting them, such as Inocente, inocente, on TVE, or Crónicas Marcianas on Telecinco between 1997 and 1999. In 2009 she produced the program Paz en la Tierra on Canal Sur, and in 1998 she made the opening speech at the Carnival of Cádiz. In 2009 she began working on Telecinco, on the programme Sálvame, which she still does today, and also went on to perform in La que se avecina. In 2018 she became a member of the jury for Got Talent Spain, and has also presented the Campanadas 2019-2020 on Telecinco and Cuatro.

Born in Jerez de la Frontera on November 19, 1969, she has worked as an actress and model. She has participated in numerous films and television series, and has also received national and international awards in Málaga, Alicante, Cartagena de Indias, Stockholm and Cognac.

At thirteen she left her hometown to move to Madrid to study and, when she finished high school, she went to Japan to work as a model. She went to several europeans capitals later on to continue her career, and finally studied acting at the School of Dramatic Arts in Madrid. Her first film with a supporting role was Jarrapellejos in 1988, and after that she would increase her numerous films every year. Her first lead roles were in the films Aquí huele a muerto and El tesoro, both in 1990. Currently, she has played roles in series such as La verdad (2018), La que se avecina (2016-2017) and films such as Suspicious Minds (2010).

Lola Flores, nicknamed “La Faraona”, was born in Jerez de la Frontera on January 21, 1923, into a family with a great flamenco tradition that lived in the San Miguel neighborhood. She cultivated the image of the flamenco gypsy, although she always recognized that she only had a slight calé ancestry on her grandfather’s side. At the age of five she moved to Seville and worked with her father in the restaurant business. Since she was young she showed a predilection for singing, performing at baptisms and private parties. After the Civil War, in 1939, she made her artistic debut at the age of 16 in the Luces de España show.

Fernando Mignoni, a film director, gave her a small audition, as he was in Jerez looking for an actress for his film Martingala. The shooting took place in Madrid, where she would definitely stay in search of success. One of the most important moment in her life was in 1943, when she began to work on the Zambra show with Manolo Caracol. In 1952 she went to Mexico with her family, and before that she participated in numerous films.

Rocío Jurado was born in Chipiona on September 18th, 1944. She gained international fame as a Singer specializing in the copla and flamenco genres, although she also played others such as pop, bolero and ballads, something that made her internationally known. She won numerous awards for her successful career, including Best Female Voice of the 20th Century in 2000. She sold numerous discs and received 150 gold and 80 platinum albums.

Music was something that was part of her family, so she showed passion for it from a very young age, singing masses and participating in festivals at her school. When her father died, she began to work at the age of 15 to help the family economy, picking fruit and working as a Shoemaker, but at the same time she entered competitions on Radio Sevilla. She participated in numerous radio stations contests and almost always won. She travelled to Madrid and met La Niña de los Peines and Manolo Caracol. Pastora Imperio hired her in her tablao, starting her great artistic career. Some of her most famous songs are “Como una ola”, “Como yo te amo” or “Se nos rompió el amor”. She died in 2006 after a long pancreatic cancer illness. 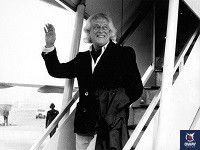 Rafael Alberti was one of the most important writers of the generation of 27, considered the Silver Age of Spanish literatura. He was a member of the Spanish Communist Party, and therefore had to go into exile after the Civil War. He returned to Spain when the monarchy was reinstated and he even published his memoirs, called La arboleda perdida, in 1987.

His poetry oscillated between various lyrical styles according to the momento, starting with his work Marinero en tierra with the popularism. La amante (1926) dealt with his impressions of different enclaves of Castile: Aranda de Duero, Burgos or Santo Domingo de Silos for example. Sobre los ángeles (1929) would open his third surrealist stage, within a moment of serious personal crisis and of the whole West. With the exile he would begin his last stage, he would play both political and non-political poetry.

Born in Chiclana de la Frontera in 1956, Antonio Estrada is a writer, playwright and theatre actor. He studied psychology in Seville, and in the 80s he moved to Madrid, within the context of the movida madrileña. He has performed cabarets, and within his work we can find a firm defence of Andalusian culture and the form of Cádiz speech.