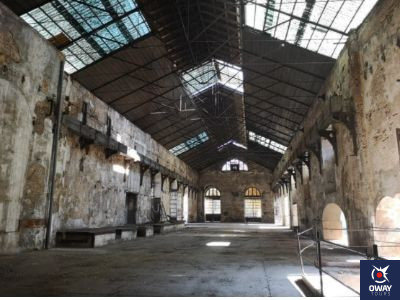 An enormous and complex complex of buildings dating from the Modern Age, located in the San Bernardo district, very close to the historic centre of Seville. The Royal Artillery Factory was originally designed for industrial use and is an important landmark of this architecture. It was built in 1565 on the initiative of the Morel family. Baroque in style, it was the main armaments production factory in Spain for several centuries of our history. In this article you will discover all the information about this factory.

The origin of this factory dates back to the 16th century due to the need to create a place to manufacture armaments because of the numerous European wars and attacks by corsairs and pirates. It was built in 1565 and occupies the same site where Juan Morel’s bronze foundry was previously established. It was not until 1634 that it was acquired by the State.

It has undergone numerous extensions. The first was in 1757, when work began to enlarge and modernise it, being restructured in 1782 by the architect Vicente San Martín, who gave it the baroque and monumental character it has today. Later, in 1932, the factory was included in the consortium of military industries, as a section of the Ministry of War, until 1936.

Its operation as a military factory lasted until 1991, when it was finally closed.

It has now been converted into a Cultural and Innovation Centre, thanks to the City Council securing European funding of €20 million from the Interreg Spain and Portugal project in 2018. It has provided spaces for new business ideas such as multidisciplinary workshops, recording spaces, exhibition rooms, among others. 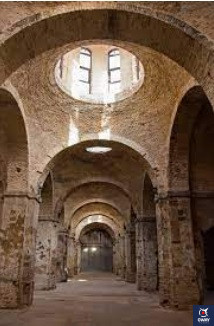 There are no remains of the original building as the workshop was destroyed and rebuilt in 1720.

What we know as the Royal Artillery Factory is the result of a building made up of more parts, each of which has a precise and distinct shape. This is due to the extent of its construction, as it has been occupying streets and houses in the neighbourhood. Some of them are the central street, a continuation of Almonacid street. Then a large courtyard that is currently covered and used as a manufacturing hall, a large vaulted hall of the foundry. Warehouses and storerooms covered with coffered ceilings.

On the outside, the main entrance, made of brick, is made up of two sections. The lower section has a semicircular arch. The second section rises above the wide entablature, with a smaller decoration in carved brick.

Masonry is Baroque with neoclassical additions. 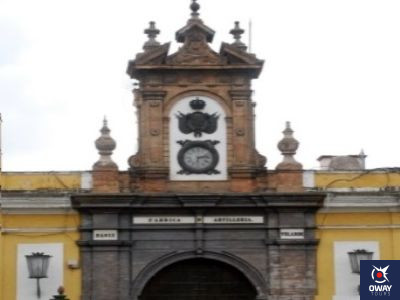 The factory is not open to the general public due to work on the façade for the future Magellan centre. Seville City Council has made it easy to visit online at the website http://sig.urbanismosevilla.org. There you can see the factory in full detail, whenever and wherever you want.

But if you want to visit the factory in person, there are also options. There are several weeks a year when different activities take place in the factory. Such as rehearsals, projects, conferences, among others. The last one was last March. The building hosted the first exhibition of the Artistic Experimentation Laboratories of the Interreg Magellan programme, on the 24th and 26th of March. The visit was free, without reservation, until full capacity was reached.

Whenever you visit Seville, you can stop by to see its exterior, as well as accompanying it with our city tour https://owaytours.com/en/seville/

Admission is free for all citizens. 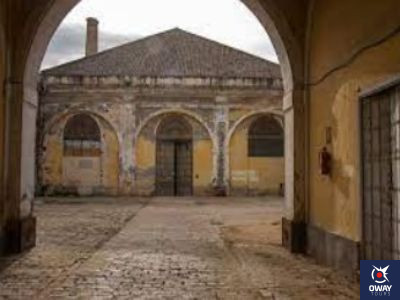 The factory is located in the district of San Bernardo, on Avenida Eduardo Dato. It is very close to the city centre and the Plaza de España, so you can get there on foot. If you prefer to go by private or rented car, there are several car parks in the neighbourhood, open 24 hours a day. Such as Parking San Bernardo, Parking Campamento and Parking Insur.

You can also get there easily by public transport:

By bus, there are several lines that leave you in the area. The closest ones, A4 and 05, but also 29, C2, EA, LE. The nearest stops are: Eduardo Dato, Luis de Morales, Luis Montoto.

By metro, line L1, leaves you in the area. At either of these two stations, Prado de San Sebastián and San Bernardo. It is also close to Nervión, about 10 minutes walk. 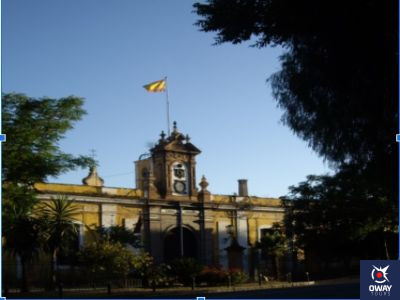