The 7 most beautiful villages of Cordoba - Oway Tours

The 8 most beautiful villages in Seville 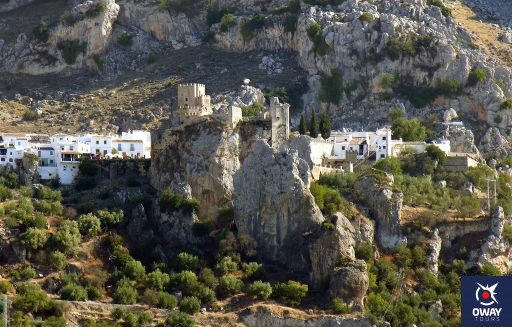 You do not have to leave the province of Cordoba to enjoy the best landscapes in the most beautiful municipalities of Cordoba, all of which have an immense historical and cultural heritage.

The province of Cordoba is made up of a total of 75 municipalities, all of which have a strong Muslim influence, and therefore have a great legacy of numerous monuments that have enriched Cordoba’s culture.

In this article you will discover the most beautiful villages of Cordoba, all of them characterized by their gastronomy, their churches, or their streets.

We start our journey in the south of the province, specifically in the Natural Park of La Subbética in Córdoba. We are located in the municipality of Zuheros, which was declared a Historic-Artistic Site in 2003 due to its impressive old town, which is made up of beautiful white houses that will invite you to stay and enjoy the fresh air.

Zuheros offers you a wide range of activities to do during your stay in the town. It stands out for its Castle which is located on top of the enormous Risco.

It also has an archaeological site declared a Natural Monument. This is the Cave of the Bats which is complemented by a visit to the Eco-museum. And the local Archaeological Museum. You will be able to enjoy nature in the middle of the mountain range, walking the paths of the Bailon River or the Green Route of the Subbética. 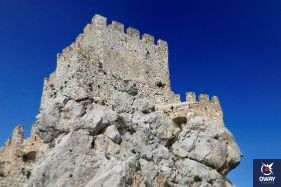 Next to Zuheros, about 10 kilometres away, is the municipality of Baena. This village has many Iberian-Roman remains which you can visit. This is the case of ‘El cerro de Minguillar’ or the archaeological site of ‘Torreparedores’.

It also has an Intangible Cultural Heritage of Humanity named by UNESCO. These are long, rhythmic drums that are played repeatedly during Easter Week.

Baena has several branches of the Mozarabic Camino de Santiago that come from Malaga to Granada. It has a wonderful gastronomy like Revoltillo Baenense, which is a dish where different vegetables are combined with eggs, adding to it also has a high-quality oil. 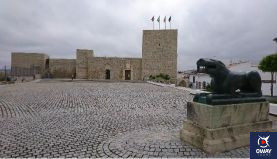 We continue our journey through the Subbética region, stooping at the town of Priego de Córdoba, also known as the “City of Water” because of the many springs that spring up in the area.

This town is also known as the ‘Jewel of the Baroque in Cordoba’, for the innumerable Baroque style buildings it has. Among them you will find the Church of La Aurora, the Hermitage of the Sagrada Familia de Belen, or the impressive Sagrario which is located in the Church of La Asunción.

It is also worth noting that Priego has a very emblematic National Monument, the King’s Fountain, characterised by its 139 spouts and its sculpture of Neptune and Amphitrite. This town has something similar to the Jewish quarter of Cordoba, the “Barrio de la Villa and the Balcón del Adarve”. These are narrow, cobbled streets with flowerpots hanging from their façades. You will have the opportunity to check this similarity in the Patios of Cordoba, which we recommend you accompany our experts in very exclusive guided visits.

You can complete your stay with sports activities climbing La Tiñosa, or even cycling along the paths. As for its gastronomy, Priego predominates for the quality of its oil that is Protected Designation of Origin. 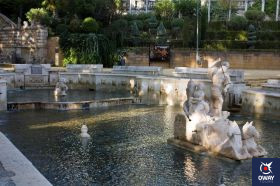 We travel to the municipality of Iznájar, which is still in the Subbética region. It is characteristic for having one of the largest reservoirs in the region and its numerous viewpoints such as the Postigo Viewpoint, the Cruz de San Pedro Viewpoint, or the Puerta del Rey Viewpoint.

In his historic centre you will find the Patio de las Comedias, which dated back to medieval times. It is characteristic for the mixture of the colouring of the flowers with the indigo blue of the decoration of this one. Furthermore, in the Barrio de la Villa, the historical centre being well known, you will find the church of Santiago, the square of Rafael Alberti and its historical castle. To complete your trip to Cordoba, we highly recommend you participate in the guided tours to Medina Azahara, leaded by our best local guides.

To finish our visit in Iznájar, you cannot forget to stop at the House of Columns where the former administration of the Counts Albi stayed. This construction is characteristic because in its façade you can see the coats of arms of the Salazar family and the central grille, as well as the stone columns that are located on the sides of the main door. 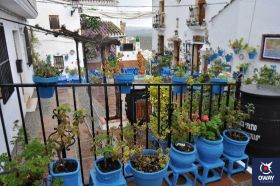 If you would like to fall in love with the charmes of Cordoba, click on the button down below:

We continue our route to Hornachuelos, which is in the region of the Middle Valley of the Guadalquivir. It is characteristic for being in the heart of the Sierra de Hornachuelos Natural Park. Its name comes from the Arabic and means City of the Holes.

Among its many monuments of Arab origin, the Mudejar church of Santa María de las Flores, the 7th century Castle and the Palace and Gardens of Moratalla, which are known for their eight hectares of magnificent gardens. These were designed by the same architect who created the Maria Luisa Park in Seville, J.C.N. Forestier.

In Hornachuelos there is also a great gastronomic variety. The mountain meat from deer or wild boar that inhabit the Sierra is particularly known. In addition, we would like to remind you that you can live the full experience of your trip enjoying the Free Tour around the city of Cordoba, always with the best experts. 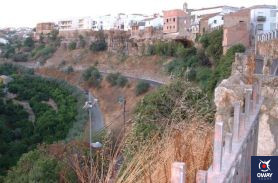 We continue our adventure in the Sierra de Cardeña y Montoro Natural Park known as the ‘Andalusian Toledo‘. Whose historical centre has been declared an Asset of Cultural Interest since 1969. In order to learn more about the history of the province of Cordoba you will have the opportunity to join the guided visit of Monumental Cordoba, counting on our trusted experts that will guide you through emblematic landmarks such as the Mosque-Cathedral and the Royal Alcazar of the Christian Monarchs.

There are many activities to do such as walking on the bridge, visiting the Church of San Bartolomé, the Casa de las Tercias. Or we even recommend you visit its Holy Week declared of Tourist Interest; whose splendour is on Maundy Thursday with the presence of the Roman Empire. 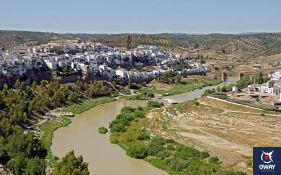 We will travel to the southern countryside of Cordoba, specifically to the municipality of Montilla, known for the quality of its Pedro Ximénez grape. It is from this specific category of grape that the Montilla-Moriles Designation of Origin wines are made.

We invite you to stroll through its streets and discover the Palace of the Dukes of Medinaceli, the former residence of the Marquises of Priego. We also recommend you make guided visits to the wineries where you can learn about the creation and elaboration of the Montilla-Moriles wine.

Among them, the Robles winery stands out, which was the first organic winery in Spain, and the biggest one, which is the Alvear winery, which was founded in 1729, becoming the oldest winery in Andalusia.