The annual Malaga Film Festival not to be missed | OWAY Tours 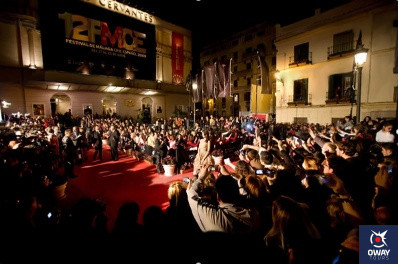 A bit of history about the festival

The Malaga Film Festival was born for the first time in 1998. On an annual basis, its motivation has been to ¨favour the diffusion and promotion of Spanish cinematography, to become a national and international reference and to contribute to the development of Malaga as an open and cultural city¨. Through this event and with the help of its organiser, Juan Antonio Vigar Gutiérrez, premieres, short films and documentaries are made available to the public. This festival not only honours with the awards ceremony, but also serves as a driving force for both Spanish cinema and the province.

The most important awards are the Golden and Silver Biznagas. These awards honour the symbolism of Malaga. The biznaga is something more than just a combination of bunches of jasmine flowers, it is a representation of the artisan and family traditions of the area. 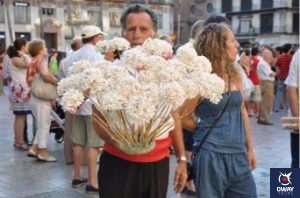 When it is held

This year the festival celebrates its 24th edition. The annual event is traditionally held between the months of March and June, with March and April being the most repeated in time since its first appearance in 1998. These dates are preferred by both the organisers and the participants and visitors due to the good weather that surrounds the place, which favours the enjoyment of the coast through complementary activities.

Do these and more complementary activities by enjoying our guided tours of the city.

This year’s event in 2021, and despite the possible uncertainties to be resolved due to the COVID-19 virus, will take place between 4 and 13 June, following the dates normally set for it and covering a total of 10 consecutive days of activities and festivities that both locals and tourists will have the opportunity to enjoy under the protection of the rules and measures established for the correct development of the event.

If you are also looking for a place to taste the best of Malaga’s gastronomy, don’t miss these recommended restaurants. 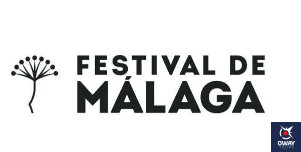 The meeting does not take place in a single place, but makes use of the theatres, cinemas and museums in the area.

Thus, the Cervantes Theatre is the heart of this event. This 1869 building houses everything from the premieres of the Official Section to the tributes and the press. As the main venue, it thus hosts both the opening and closing ceremonies of the festival.

Echegaray Theatre, a building constructed in 1932, is the space dedicated to documentaries.

Albéniz cinema is in charge of continuing the work of the Teatro Cervantes, showing, along with the aforementioned premieres, the rest of the audiovisual content taking part in the festival.

Picasso Museum, for its part, provides the event with a space in which to hold workshops related to the cinematographic world.

Round tables, exhibitions, debates and even the prize-giving ceremony of the festival are regularly held in the heart of the University of Malaga, the Rectorate of the UMA.

There is a space in which to celebrate the event together with the colleagues who are the protagonists of the activity. The film stars can enjoy the festivities during these days inside the Hotel Málaga Palacio.

The last main venue is the Malaga Cultural Centre. Here you can enjoy everything related to concerts, books, cinema, etc.

The confirmed activities that complete this year’s event include a section that reaffirms the rights of women in the industry. In addition to another activity called ¨5 minutes of cinema¨, concerts, exhibitions and book presentations, round tables to debate with professionals and amateurs from the audiovisual world, an open cinema area and various galas.

Discover Malaga after attending the festival through our guided tours to the Caminito del Rey. 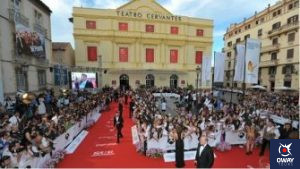 Depending on the space you wish to access and the availability of the activity, tickets will be divided into different prices.

In the aforementioned Cervantes Theatre and during the opening and closing of the event, tickets vary between 15, 10 and 6 euros. If you are looking to attend the Official Section, the price is 6 euros. For the press staff, the ticket for this last section is 3.50 euros. And finally, the concerts are priced at 24 euros.

Tickets to the Albéniz cinema, the Echegaray theatre and the María Victoria Atencia Cultural Centre have a final price of 3.50 euros per show. There is a specific price for the unemployed, which, for 3.50 euros, gives access to a total of 2 tickets for the Marathon section and with the proper accreditation in order. This last group also has free admission if they have been invited or free admission to those places where it is allowed and where the maximum number of attendees has not been reached.

We encourage you to attend the festival by staying in one of the hotels and hostels that we highlight.