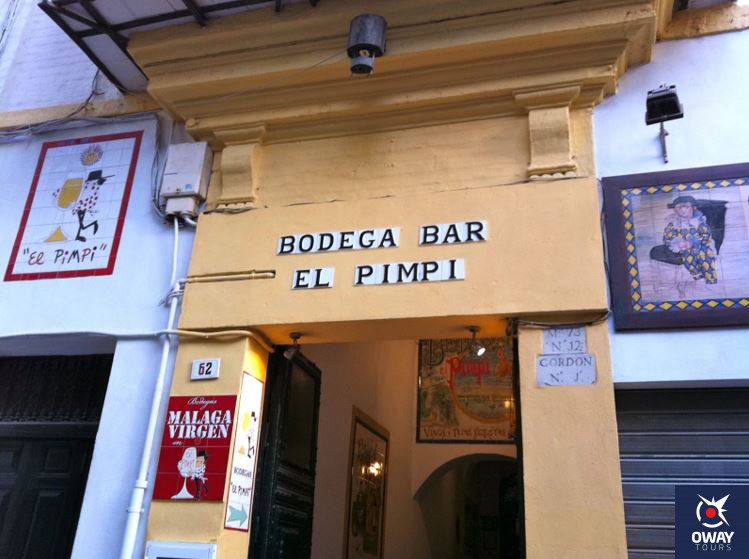 Why is it so famous?

El Pimpi is housed in an 18th century mansion. After its renovation, maintains the purest essence of Malaga through its decoration and architecture. The past of the place makes its way through the gastronomic heritage that floods its courts and lounges.

Its name comes from ¨los pimpis¨, locals who helped carry suitcases for travellers who docked at the port.

It has been around for more than 40 years. Began in 1971 thanks to two Cordobans, Pepe Cobos and Paco Campos. In the same year, the university started its activity and the bar offered several rooms as a study space. On the other hand, Gloria Fuertes, started a meeting movement for those interested in poetry. The following year a “Young Poetry” competition was held, accompanied by writing celebrities such as Antonio Gala, Rafael Pérez Estrada and Pepe Mercado.

From writing to the audiovisual world, it was the setting for the series ¨Joven Picasso¨ under the direction of Juan Antonio Barden. And in 2006 ¨Camino de los Ingleses¨ was filmed with Antonio Banderas.

¨Los Lunes de El Pimpi¨ began in 2011, where once a week literature once again flooded the corners.

Pepe Cobos popularised in 2015 the harvest of the ¨huevo de Toro tomato¨, a high quality product. In this way, ¨El Paraíso¨ was started, a private vegetable garden that supplies fruit and vegetables directly to the bar.

The ¨Fundación El Pimpi¨, a support for the Malaga society, its culture and gastronomy, was started in 2017.

Due to the recognitions awarded and the consequent success and notoriety, it is a tradition that celebrities sign a barrel. This event is immortalised in a photograph that is added to the walls of the establishment. Many visitors come to admire the memorabilia of famous personalities who once walked the same floor as them. 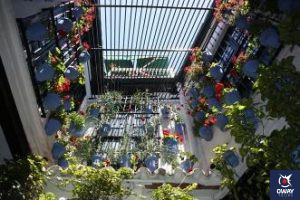 What services does the bar offer?

El Pimpi is a local landmark where you can taste typical Andalusian and Malaga dishes and tapas accompanied by a quality wine.

This establishment serves as a bar, cafeteria and restaurant simultaneously.

The seasonal menu, which regularly includes organic products, and the menu designed for groups sitting together at the table, are offered in both Spanish and English. Both menus rotate the raw materials used according to the time of year in order to maintain the high quality that distinguishes the area.

Inside the winery, and throughout the year, different events related to the culture and art of the province take place.

It has a total of three private rooms available for booking. The first of these, ̈Agrupación de Cofradías, in honour of the 41 brotherhoods of the capital, has a capacity for 50 diners and is equipped with its own court, multimedia technology and wifi. Second, ¨Paco de la Torre¨, in memory of the work of the former mayor of Malaga, has capacity for 4-10 diners and is designed for business meetings immersed in traditional decoration. Last one, ¨Antonio Banderas¨, a prominent figure in Malaga’s history and loyal collaborator of El Pimpi’s initiatives, has a capacity for 22 people, an imperial table in the centre of the room, multimedia technology and wifi and a balcony with views of the main entrance street, Calle Granada.

This establishment is also divided into various spaces distributed between rooms and courts where, in addition to being able to experience the flavour of the daily and traditional cuisine offered by El Pimpi, private parties, tastings and reservations can be held. 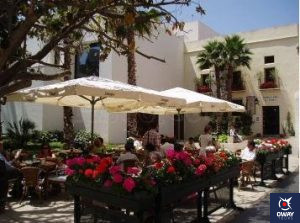 The bar is open to the public every day of the year from 12:00 pm to 10:30 pm. It is located next to the headquarters of the Picasso Museum, close to a public parking for the convenience of customers.

The bar has two large entrance facades. Although the main entrance is on Granada Street, the most accessible entrance for customers is on Alcazabilla Street, close to the Roman Theatre and the Alcazaba, tourist landmarks of the city. Enjoy these and all the monuments through guided tours of the city by our professionals.

Finally, visitors can walk a total of 2.1 km on foot for 26 minutes to reach the bar if they prefer to walk, starting from the train or bus station, parallel to each other.

Complete your visit to Malaga with our guided tours to the Caminito del Rey. 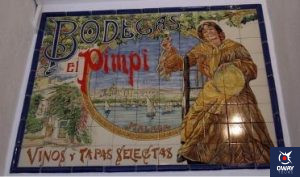