The legacy of the Ferdinand Churches of Córdoba - Oway Tours

Curiosities and Hisotry about the Roman Bridge of Córdoba

The legacy of the Ferdinand Churches of Córdoba 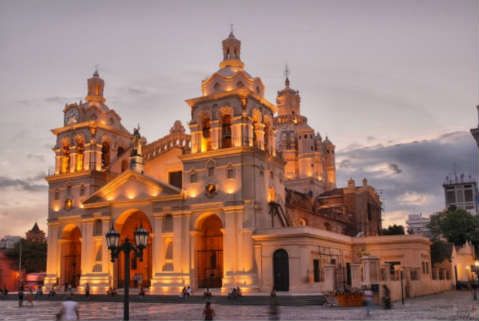 In the lighten city you’ll find a group of churches known as Ferdinand, where the romantic atmosphere is intertwined with the Gothic and the Mudejar, a mix that represents the soul of Córdoba.

A curiosity: These churches are built over mosques.

In an attempt to erase Islam after the reconquest in 1236, the King Fernando III ordered to build nothing more and nothing less than 12 distributed along Axerquía parish and the old Medina that was baptized Villa. A group of monuments that you can visit in Córdoba and be witness of the cultural and historic bid in the three cultures city.

These churches are known as Ferdinand in honor to the monarch that ordered to build after the reconquest of Córdoba in 1236. These temples show the clear intentions of erasing the Islamic influence: Built over mosques in strategic points in the Axerquia neighborhood and Villa neighborhood.

In each one it was built seven churches over mosques, and the Medina area its was rebaptized as Villa for christianize the city. It’s especially curious visiting these churches and watch similarities between them, also the mix of styles. The Ferdinand churches have a combination of fundamental characteristics like:

- Based over Mosques - The architecture is similar with a plan of three naves, vaulted apses and longitudinal nerves, as well as a large rosette on the outside - The old minaret from where the songs are sung became the current bell tower - The predominant style is Baroque

What are the Ferdinand Churches?

The churches were located in a strategic way, in enclaves to distribute to its congregation and make sure the rooting of the Christian religion. Beside being use as spiritual beacons, the old minarets reconverted in bell towers allows surveillance from the heights to avoid the still recent Muslim invasion.
Mosque of Cordoba Guided tour 24€ Book

If you visit the centre of Córdoba, we recommend you to visit this popular temple among the people of Cordoba. Like every Ferdinand church, its construction was based over an old mosque.

In its impressive work of stonework, the three rose windows that give a singular light to the interior stand out: one of them forms the Star of Solomon, another a flower with six lobes and the last one shows an astral set.

Ferdinand churches with other uses

• Saint Mary Magdalena Church In the Axerquía is this temple, that its not dedicated to masses anymore, has been converted into a cultural center that organizes concerts and cultural events, so it is closed to tourism; however, it is possible to enjoy a classical music concert or the works of art of the relevant category.

• Saint Domingo of Silos Church In the old Villa or Medina it’s found this church, far from the medieval style where it’s the headquarters of the Historical Archive of Córdoba. They barely keep the first structures and the tower with characteristic of the Ferdinand Churches.

As you can see, in Córdoba exists an authentic cultural legacy that you can visit nowadays. The Ferdinand churches are the best example of the battle between the roman and Muslim culture in Córdoba, and the reconquest finds its best exponent in these temples.