All the information about the Indas Archive | OWAY Tours

It is one of the three world heritage sites in Seville. It is undoubtedly an essential visit when travelling to the city, both for the heritage it contains and for the location in which it is found. In the heart of the historic centre, in a 16th century building with a rooftop that allows you to contemplate the Plaza del Triunfo and the Cathedral. 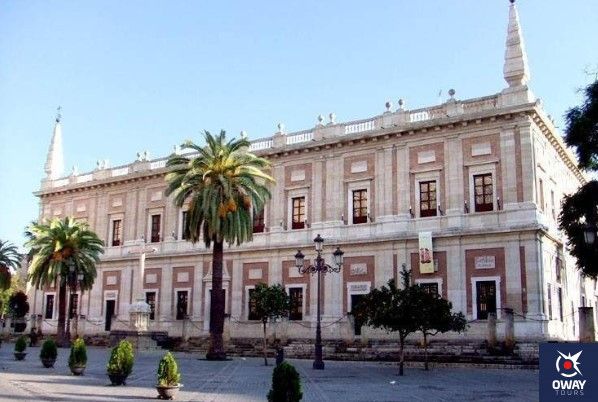 History of the Indas Archive

Two reasons justify the existence of the Archive of the Indies. The first is the lack of space suffered by the general archive of Simancas, the central institution for the treatment of documentation of the crown. The second is the intention to create a space that would bring together and deal with the administration of the Spanish overseas territories, whose documents were previously dispersed. Thus, in 1785, under the reign of Charles III, the continuous incorporation of funds from institutions related to the subject would begin. It would gather files from such essential bodies of the colonial era as the Council of the Indies, the Casa de la Contratación, the consulates, or the secretariats of state and office. The very building chosen to house the archive, the Casa de la Lonja, is intimately related to Spanish American history. It dealt with the contracts of sale by Sevillian merchants, city that held the commercial monopoly. Among its more than eighty million preserved pages, one can fully study the memory of the relations between the empire and its colonies from the discovery of the American continent to independence. The topics that can be investigated in depth are varied, but the most important ones are the Indian political institutions, intercontinental trade and the problems of maritime traffic, missionary expansion and the activity of the Inquisition. 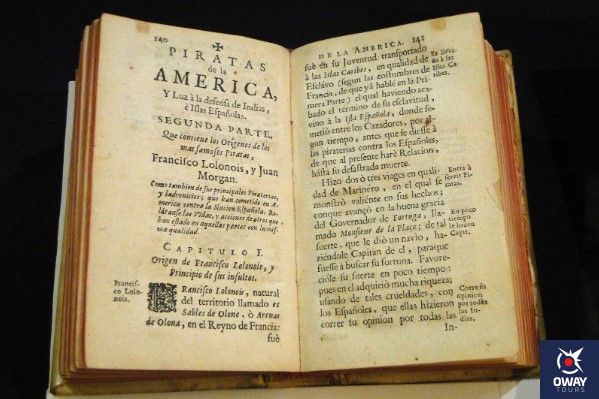 Parts of the Indas Archive

It is a square building with two floors and a central courtyard built in the Renaissance style. If we enter through the entrance of the Avenida de la Constitución we will find a garden decorated with a fountain followed by a hall where paintings of different characters of the time such as Hernán Cortés or Colón are exhibited. From there we go to the lower gallery and the 18th century marble staircase covered by a lantern dome that connects to the second floor.  There, in a new hall, we will find portraits of monarchs such as Isabel II, Fernando VII or Carlos IV that give rise to a whole succession of rooms and galleries. Apart from the objects on display, audiovisuals are reproduced to help visitors learn more about the building and its history. One of the final rooms contains the Duke of Montpensier’s collection of pre-Columbian and Japanese art, as well as a model of the archive itself. Attached to the southern façade and connected by a tunnel is the old warehouse, the Cilla, which is used for administration and research although it used to be the Church’s granary. 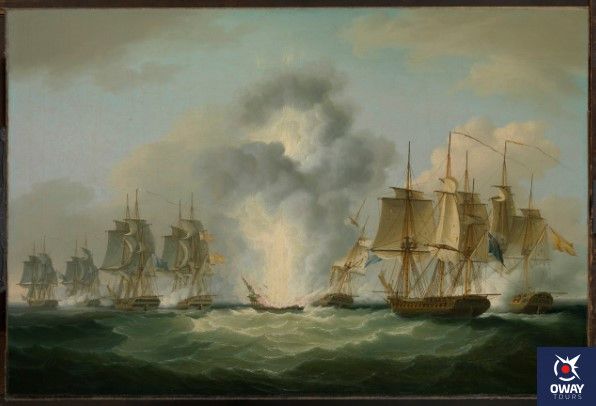 Curiosities of the Indas Archive

“The Mecca of Americanism” contains 43000 files and 8000 maps and drawings that make it the ideal place for any study related to the Spanish colonial past. The extension of the documentation is so big that if they were placed on a shelf all the collections would occupy a little more than 9 kms of the length. Obviously in a place like this we can find everything, for example the copy that Christopher Columbus consulted and wrote down for the calculation of latitudes and the search for the journey to the end of the world. Research and history have always been deeply rooted in this building in which we can find in its right side cheers to the students who were obtaining their doctorate.

Graffitis and vandalism of more than a century of antiquity. The information it holds is so rich that it has a complex security system to prevent it from being used by prospectors in search of personal gain. In fact, the company Odyssey, dedicated to the commercialization of the wrecks, hired Spanish people to access the archive in order to find the location of the frigate Nuestra Señora de las Mercedes. Since then, control has been even tighter. This is normal if we consider that we are talking about the illegal expropriation of Spanish heritage. 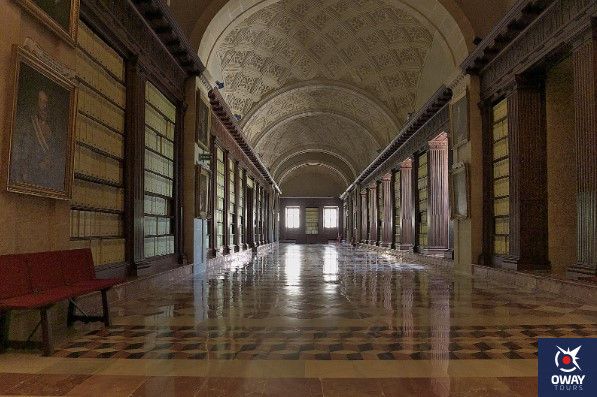 How to get there, prices and location

The Archive of the Indies is not a place that is hidden. It is right next to the Cathedral, on the Avenida de la Constitución, in the heart of the monumental centre. You can get there by up to four different means of transport: bus (C5), tram (T1: Archivo de Indias), underground (Puerta Jerez) and train (San Bernardo). It is open from Tuesday to Saturday from 09:30 to 16:45 and on Sundays and holidays from 10:00 to 13:45. On Mondays, January 1 and 6 and December 24, 25 and 31 it is closed. Admission is free and, with the exception of groups of more than 20 people, no reservations is necessary. Guided tours are held daily, which do require an appointment. The recommendation is that you go first thing in the morning if you want to avoid the queue and go through the archive without many people. 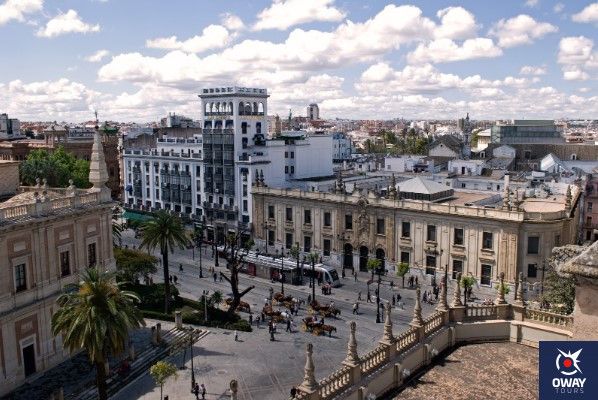