All the information about the Church of the Saviour in Seville

The Church of the Salvador, Sevilla

This 18th century Catholic church, located in the Plaza del Salvador, is one of the largest churches in the city after the cathedral. An example of Andalusian Baroque, it was declared a site of cultural interest in 1985, where you can find Roman and Visigoth remains. A former mosque transformed into a cathedral that is a meeting place for Sevillians, who wouldn’t want to visit this relic with so many centuries of history?

The building was built on the remains of a Roman mosque, Ibn Adabbas, from the 9th century. At the time, it was the largest mosque in the city and the most important monument in the city, until the Almohads built the Great Mosque.

When the Christians conquered Seville, they continued to allow it to be used as a mosque.

However, in 1340 it was converted into the Church of the Salvador. The orientation of the church was changed and a high altar, a chapel and a choir were added. Between the 16th and 19th century it was considered one of the most important temples of sacred music.

It was restored again in 2003 by Fernando Mendoza Castells, and was completed in 2008. It was inaugurated by King Juan Carlos I on 22 October 2008. 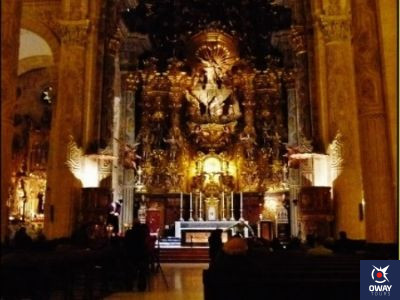 The Church of the Salvador, in Baroque style and rectangular in plan, is structured into three naves of the same height and several chapels at the top. The supports are quadrangular pillars with columns supporting vaults at a great height. The dome is a drum dome with an octagonal floor plan.

It preserves the old mosque, a part of the prayer courtyard, the courtyard of the Orange Trees.

The altarpieces are Baroque from the 18th century, among the most outstanding ones, we find:

Behind the main altarpiece there is a museum, where 17th century paintings and other artistic objects are exhibited. 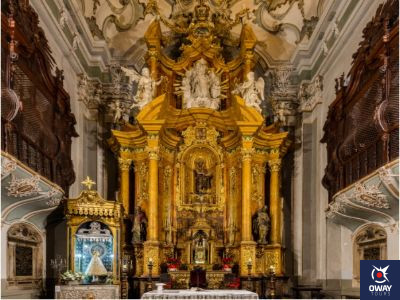 This church is one of the main venues for brotherhoods in Seville, among them we can find: 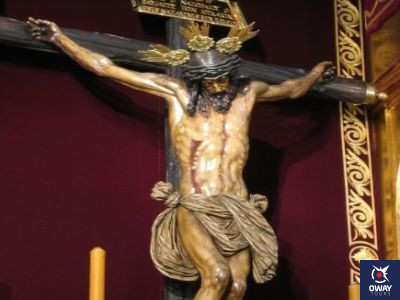 This imposing building, one of the most important in Seville at present, contains a number of curiosities, making it much more interesting when touring the city. 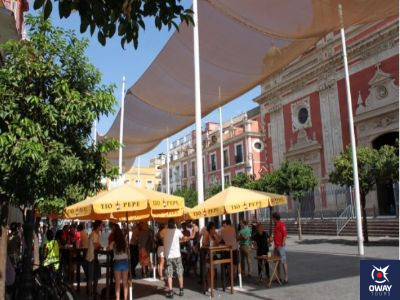 The Church of the Salvador has been closed to cultural visits due to the current situation since 3 November. It is open exclusively for worship and prayer.

General Price: 4€, including free audioguide with the cathedral ticket.

Free for people born or resident in the province of Seville, disabled, unemployed and under 14 years old. 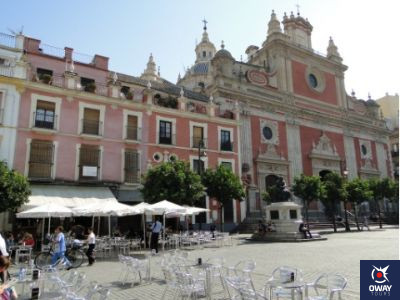 As it is located in the centre of Seville, in a pedestrian area, it is advisable to walk. Otherwise, there are several ways to get there if you are in the outskirts of the city.

Own or rented car. The church does not have its own car park, as it is located in a pedestrian area. There is a public car park in the old quarter, at Calle Albareda, 18.

Buses. There are several bus lines with stops near the church, including 0, 11, 12, 27, 24 and 32. The nearest stop is at Plaza Ponce de León, all the above lines pass through it. The bus timetable is from 7am to 1am.

Metro. There is a line that ends its project very close to the Church, in Plaza Nueva, the T1 line, which has been running since 7am, ending at 12:30pm. 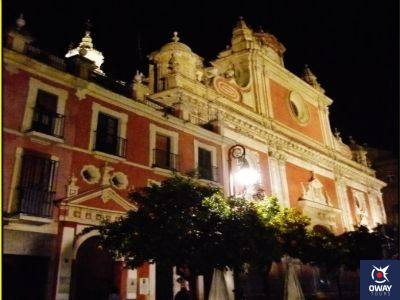