▷All the information about The Mudejar Centre of Seville

The Mudejar Centre of Seville

History of the Mudejar Centre of Seville

¨The Palace of the Marquises of Algaba, an incomparable setting for this journey into the past.¨ This is how the Seville Tourism website describes the headquarters of the Mudejar Centre.

Dating from the 15th century, this building housed the life of a Sevillian family, the Guzmanes of The Algaba. In spite of its splendour and due to neglect, its disappearance was increasingly near, until it was refurbished in the 21st century.

It witnessed a change in the thinking of the time.

The Algaba, was a manor that rested in the rural area next to the main street that connected the life of the city with that of the countryside, the Feria Street. The area became a place of agri-food trade.

It was in the 15th century, when Don Juan de Guzmán y Torres exchanged Medina Sidonia for different lordships, including the one mentioned above. He thus prioritised the mercantile element over the military. He then had the palace built as his main residence, the current seat of the centre. It served as a storage facility for the products of The Algaba. The building was erected on the site of a medieval palace of which only a tower remains today, which was once used for defence purposes.

The palace also witnessed the rebellion of the Sevillian population due to the rising cost of food and the famine suffered. In front of this building, many citizens lost their lives in the face of the nobility’s counter-attack.

After years of prestige and modifications that increased the value of the building, the palace was sold in 1822 and fell into oblivion.

In 1989, the palace was sold, managed and restored, and in 2003 it was brought back to life, becoming the Mudejar Centre. 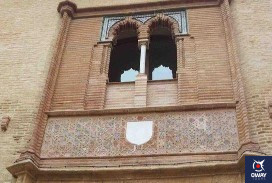 The museum opening hours are divided into two distinct periods.

The second period, between the month of June and the month of October, both included, the opening hours change from 18:00 in the afternoon to 21:00 in the evening. The same period is maintained for Saturdays, from 10:00 to 14:00.

Museum will be closed to the public on Sundays and public holidays. Except from Monday to Wednesday during Easter Week and on the 6th, 7th and 9th of May during the Fair, when it will be open in the morning, from 10:00 to 14:00.

Admission is free of charge.

Immerse yourself even more in the history of Seville visiting the Cathedral, the Giralda, Plaza España, San Telmo Palace or the Real Alcázar among other outstanding landmarks of the city.

The museum is divided according to collections organised in different exhibitions inside the palace: 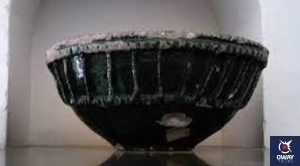 In addition, the palace has two meeting rooms, one of them, the Don Rodrigo room, can hold up to 120 people and the other, the Leonor room, has a capacity for 30 people.

How to get to the palace

The palace is located in the Calderón de la Barca Square, at the back of the Mercado de Abastos, in Ferias Street number 1, post code 41003.

Closest stops to the palace are Feria, Parlamento de Andalucía, Resolana, Calle Don Fadrique, Muñoz León, Plaza Nueva and Sevilla – Santa Justa. The walking time to reach the destination and following the order of the mentioned points, ranges from 3 minutes at 131 metres to 26 minutes at 1914 metres.

In the vicinity we can find different public transport routes whose routes pass through the aforementioned stops in the area. By bus there are lines 02, 03, 06, C2, C4, M-111 and M-115. On the other hand, the nearest train lines are the C1 and C3. Finally, the closest metro station to the Mudejar Centre is the L1. 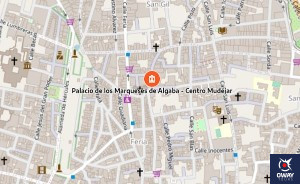 Some of the curiosities that surround this place are: