Walking through the historic heart of the city of Seville we suddenly come across a wooden structure. If we don’t know anything about this place, we wonder what is this kind of material doing in the centre of a hot city? If you want to answer this question and find out more about this peculiar place, come and join us!

History of the Seville Mushrooms

During the 19th century in the Plaza de la Encarnación there was a large food market called Mercado de la Encarnación. Between 1948 and 1973 the market was demolished, due to an urban redevelopment of the area and the dilapidated state of the building. Almost 20 years later, after the site had become unusable, Seville City Council decided to build a large underground car park and another food market. During the excavation carried out for the car park, important archaeological remains were found.

In 2004, the Seville City Council launched a competition for the restoration of the Plaza de la Encarnación. The architect Jürgen Mayer designed an avant-garde building with a tourist function.

Work began in 2005, with the idea that it would be completed in 2007, but a setback delayed construction by three years. It was not until March 2011 that the structure was inaugurated by the mayor of the city at the time. 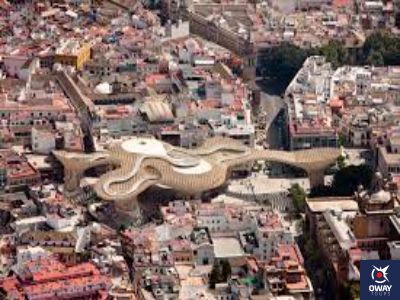 This building has four floors, but only two of them have closing time. The Antiquarium is currently open from Tuesday to Saturday from 10:00 to 20:00 and on Sundays and public holidays from 10:00 to 14:00, with the last entrance half an hour before closing time. El Mirador is open from Friday to Sunday from 9:30 to 22:00, with the last entrance at 21:30. 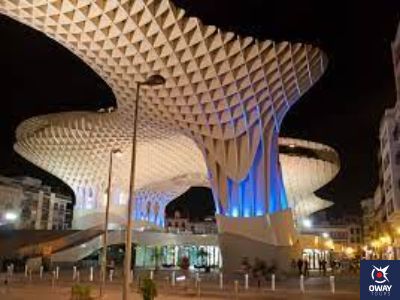 The Antiquarium has three types of entrance tickets. The general ticket costs €2. Students, people with a youth card, people over 65, and groups of more than 10 people, have a price of 1,60€. Finally, those with general admission to the Reales Alcázares, those resident or born in Seville (previously accredited with their ID card), people with disabilities and their companion, and children under 16 years of age, have free admission.

There are also two entrance fees for the Mirador. The first is the general admission, which costs €5, including a free drink at the tapas bar on the second floor. The second rate is for those exempt from payment, which includes those born or resident in Seville, children under 5 years of age, and people with a physical disability of 75% or more with an accompanying person. 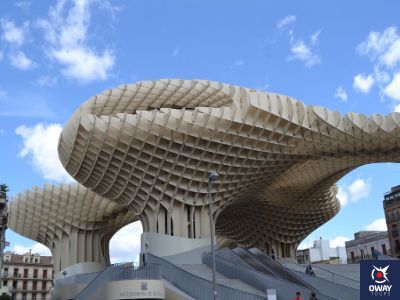 How to get to the Seville Mushrooms

Another possibility is to get there by taxi or uber, but it will cost around €10 from the furthest point.

On the other hand, if you are in the city for a week, you can take advantage of the fabulous cycle lane (180 km, one of the largest in Europe). For just €13.33 per person you can take one of the bikes offered by the Sevici service and use it for the duration of your stay.

Finally, if we want to move around the city with our own car, we have the possibility of parking in the different car parks in the city centre: Parking Imagen, a two-minute walk away, SABA Plaza, Parking de la calle Albareda, Aparcamientos Magdalena, or Parking Mercado del Arenal, among others. 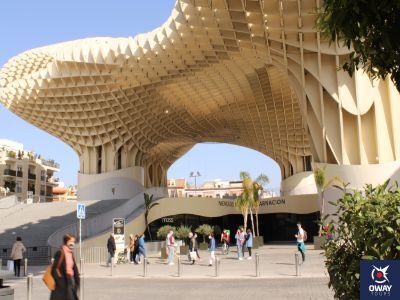 Curiosities about the Seville Mushrooms

This structure, the Metropol Parasol Project (better known as Las Setas), has the function of a pergola made of wood and concrete. It is located along the entire length of the Plaza de la Encarnación, i.e. 150 metres long, 70 metres wide, and 26 metres high.

The square has been converted into a place with four floors, the underground floor houses the Antiquarium Museum of Roman and Andalusian archaeological remains found. The second floor can also be accessed by lifts from this floor.

On the ground floor, at ground level, we find the current Mercado de la Encarnación and some shops and restaurants. Above these premises is a square called Plaza Mayor, designed to host a multitude of events. Finally, the second or top floor is located at the top of the structure, here we can stroll around while enjoying the views of the city of Seville, and have a drink and tapas restaurant.

Another curiosity is that in January 2013 this site was chosen as one of the five finalists for the Mies van der Rohe Contemporary Architecture Prize.

The inspiration for this characteristic design of avant-garde architecture, with its undulating appearance, was based on the vaults of the city’s cathedral and the Moreton Bay Higueras (trees located in another nearby square). 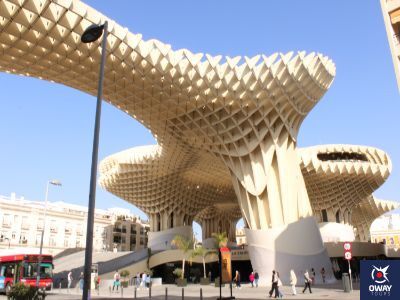 Take advantage of this magnificent opportunity to get to know Monumental Seville!