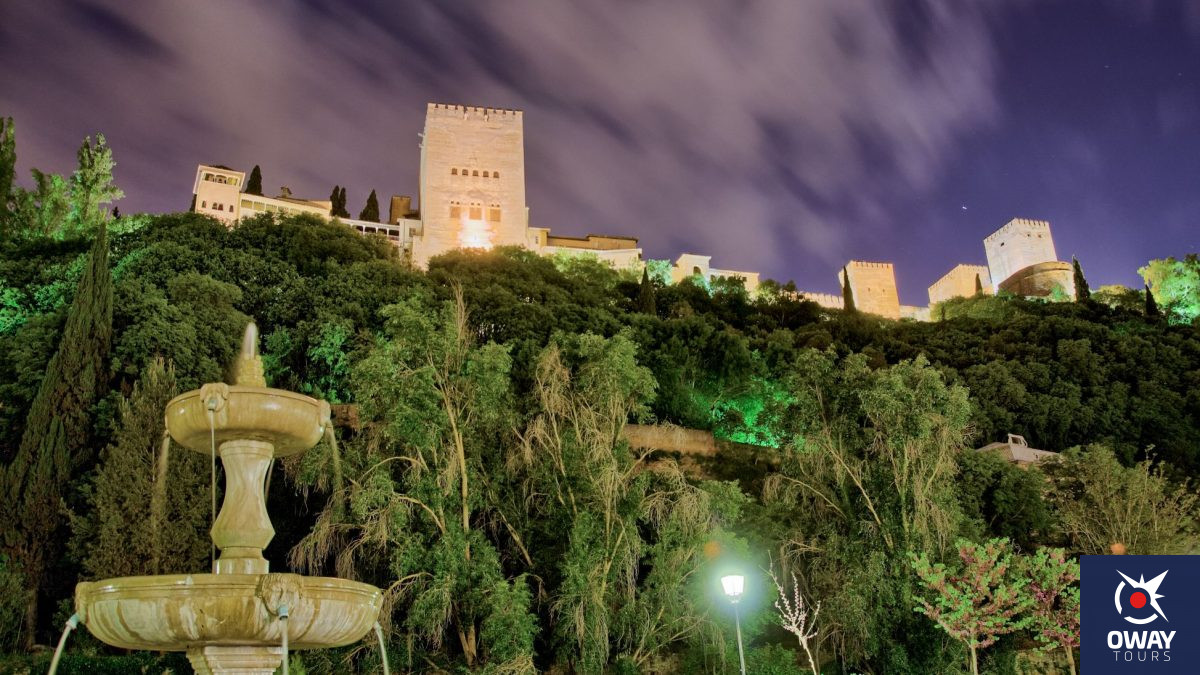 Granada has many places to visit and many of these have fabulous views of the Alhambra of Granada.

The famous Paseo de los Tristes in Granada is one of the most beautiful and important areas next to the Darro river and just below the Alhambra. It is one of the favourite places of Granada’s people and visitors.

Where did the name come from?

The Paseo de los Tristes (The Sad’s Promenade) is officially called the Father Manjon Walk which gave access to the Guadix Door, but it was given the nickname ‘sad’ as it was the way to the cemetery of San Jose in the 19th Century.

Furthermore, the funeral processions passed by the promenade and said goodbye to the deceased before climbing the cuesta de los Chinos (Chino’s slope), where the cemetery was located. 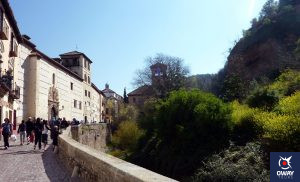 When was it built?

The Paseo de los Tristes was built in 1609 when the area was remodelled, thus facilitating access to the Sacromonte. In the past, it was used for celebrating parties and even the river was covered with boards used as stages for bullfights, games or plays.

You can also enjoy our guided visits where you will be able to learn more about the story of the Cathedral of Granada and its Royal Chapel and the quarters of Albaicin and Sacramonte. 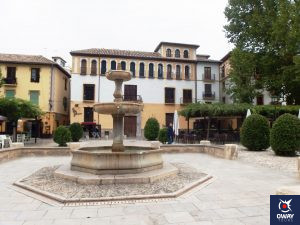 Bridges and their history

The Paseo de los Tristes has numerous buildings which you can enjoy during your visit to Granada. There are the 14 bridges that cross the Darro river.

We will highlight the Puente de las Chirimiasand the Puente del Aljibillo. On one hand, the Puente de las Chirimias is a reconstruction of an Arab bridge in 1882. Next to it you will be able to see a small house the musicians used in parties. The house was divided in the following way, on the ground floor there were the bailiffs and the civil servants; on the second floor there was the municipal council together with the musicians. Over the years it was restored and has now become the headquarters of the Historical and Cultural Association of Granada.

On the other hand, the Puente del Aljibillo is another bridge of Arab origin built with a semi-circular arch. If you cross the bridge, you can take a walk along the Camino del Avellano which will allow you to enjoy the wonderful views to the Sacromonte and Albaicin quarters. You will be able to complete your trip around this bridges joining our Free tours, in which the best local guides will accompany you. 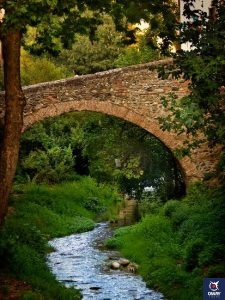 The Legend of the House of Castril

This house was built on the foundations of an Arab palace. Legend has it that Hernando Zafra lived in the house with his 18-year-old daughter. The latter fell in love with the son of the Zafra family, who were their enemies.

The lovers visited each other regularly in the young woman’s room with the help of a page. One of the nights when Alfonso de Quintanilla visited, the father caught his young daughter naked and the page helping the young man to escape. When he saw them, Hernando de Zafra believed that the page had been the one who had taken away his daughter’s disgrace. So, the father, in a range, decided to hang the servant from the balcony.

If you would like to know more about the wonders of Granada, click on the button down below:

After the execution of the servant, Zafra ordered the balcony to be walled up and wrote on the wall ‘Waiting for you from Heaven’. The young Elvira was locked in her room, which one day decided to take her own life with poison.

Nowadays, the Castro House is the headquarters of the Archaeological and Ethnological Museum of Granada. 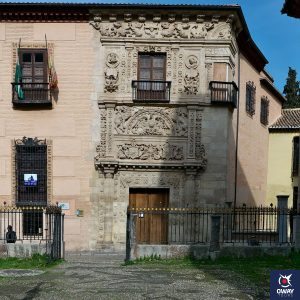 We continue our tour along the Paseo de los Tristes. On the other side of the Darro river we find a building which has thousands of myths and legends. It is the Hotel Bosques of the Alhambra or popularly known as Reuma Hotel, ‘The Suitcase’ or ‘The Doll’s House’.

This building was constructed at the beginning of the 20th Century at the foot of the Comares Tower by Manuel Antonio Reyes Clavero and Gumersinda Garrido Fernández. Thoy built the hostelry to revitalize the economy and tourism of the city, although its location, which made it cold, humid, and uncomfortable for its customers, also made it unsuccessful. Because of this, a few years after opening it would close.

After its closure, it took in famous people such as Manuel de Falla, and is even thought to have been the hospital for rheumatic patients. Despite this, an intervention and rehabilitation plan is still being studied. To complete your trip to Granada you can enjoy a guided visit to the Alhambra, excent of waiting in lines and from which you will be able to appreciate the Paseo de los Tristes from above. 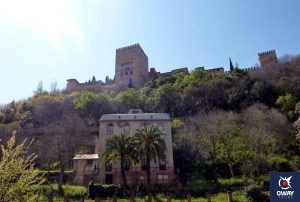