The legacy of the Ferdinand Churches of Córdoba 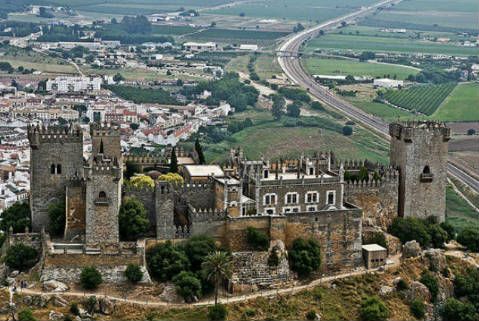 Due to its geographical location, Cordoba is situated in the heart of Andalusia: from the north to the south, the province is lined with villages that lean out between ravines and historical heritage, displaying its cultural and natural wealth.

A wealth you can enjoy if you travel to the province of the three cultures, and today in Oway we take you on a route through the most charming villages of Cordoba. Are you coming?

The province offers many possibilities: from cultural routes, gastronomic, hiking and the possibility of enjoying the calm of the villages, where time passes friendly and life takes another rhythm to focus, as they say, on what is important.

This occurs in the towns of Cordoba, where despite its monumental beauty, its inhabitants are far from tourism and big cities to get the best out of their legacy. Therefore, if you are going to visit Cordoba we recommend you to make a stop in a village so you can get to know another prism of Andalusia. Whether it's a short visit or an escape of several days, its villages are worth it.

The Cordovan countryside is not so different from the English one, and between the olive groves there is a city with Arab influences and a castle, Alzaba Castle which crowns the city on the back of its pleasant hills.

As well as visiting the historic centres and marvelling at their crossbreeding, you can enjoy outdoor activities such as hiking, climbing or canoeing.

In the Subbética mountain range this town is crowned on its peaks, and the houses stand brave between the rocks to show a unique picture to the visitor. Its most representative icons are the Castle of Zuheros and the Cave of the Bats, where you can enjoy the Neolithic cave paintings.

If you like Cordoba wine, this is your town. Montilla welcomed illustrious characters such as Inca Garcilaso de la Vega or San Juan de Ávila. Losing yourself in its streets means fully immersing yourself in the history of Spain and one of the towns which exports a great amount of wine.

The Roman era is mixed in its Cerro district, an old Christian suburb that preserves the charm of the flowers and the Andalusian faith.

The adobe houses coexist with the mud roofs and the flowers flood the walls to offer one of the most Cordovan pictures.

Medieval and Muslim crossbreeding are combined with Cordovan houses, sharing the atmosphere with the mythical Jewish quarter of the city of Cordoba.

The king's fountain, which with its thirty-nine pipes irrigates this impressive village called 'the city of water', is preserved from the Baroque period.

At the foot of the Subbética mountain range is this place that hosted one of the largest Jewish quarters in Spain, a legacy that can be enjoyed today in a village where baroque stone coexists with lime and Andalusian adobe.

In addition to these six towns that we propose, we leave many others in the inkwell, such as Montoro, Almodóvar del Río with its impressive Castle or Belalcázar and its stately past ... The list is endless.

In short, in the province of mestizaje par excellence you can enjoy both a cultural visit and a day of tranquility in a place where time is measured in landscapes and rumors of water sources, where flowers are an inhabitant and history mixes with its streets. As if you could miss it, right?