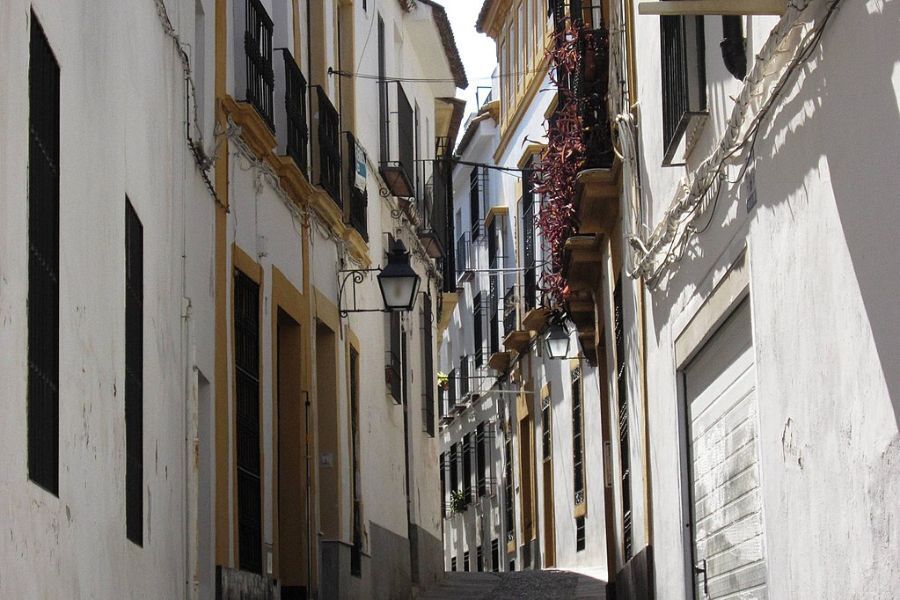 What films have been shot in Cordoba?

Cordoba is undoubtedly a film setting, and it is demonstrated by the beauty of its light and mixed heritage, which makes the city a great film studio, perfect for bringing to life the most unusual stories.

From the super-production Game of Thrones to the native Pedro Almodóvar: few directors have not been able to resist the beauty of Córdoba: the perfect setting for fiction, or why not? For a holiday in real life.

Cordoba and its contrasts offer a perfect magnetism to capture stories.

Known as the city of the three cultures, it offers the most mixed and millenary essence of Jewish, Christian and Roman culture. With these ingredients and the quality of its archaeological remains, added to the singularity of its natural light, it is not surprising that its main monuments are part of different national and international productions.

And that is why, although it is not yet one of Cordoba's biggest attractions, film locations in Cordoba are beginning to attract more and more people, especially after being chosen as the setting for some of the scenes in Game of Thrones.

From the Roman bridge, to the Mosque-Cathedral, or more recently the Almdóvar del Río Castle, some of Cordoba's most important monuments have already started out on the big screen.

Roman Bridge and Game of Thrones

Does the bridge of Volantis in the fifth season of the Game of Thrones look familiar to you? Well, it was nothing more and nothing less than the Roman bridge of Cordoba. With its 16 arches and imposing presence is one of the main monuments of the city and the perfect place to take a walk at sunset.

Perhaps you think that the Mosque-Cathedral is one of the most recurrent stages for the shooting of films in Cordoba. But nothing further from reality, because the Mosque-Cathedral has appeared in few productions, but relevant ones, such as Carmen where, after several risqué scenes, the canonry did not facilitate the shooting for other productions such as the Kingdom of Heaven by Ridley Scott, who finally found an alternative in Córdoba.
Alcazar of Cordoba Guided tour 18€ Book

The Mosque finally was not the setting for the set of The Kingdom of Heaven. Palma del Río, whose Almohad walls and gardens can transport you to the Mudejar paradise, hosted some of the essential scenes from this film.

Although it is already an obligatory stop on the route through Cordoba, the truth is that it became even more so after it appeared in the seventh season of the Game of Thrones.

Viana Palace and its courtyards

Its 12 courtyards have been the scene of productions such as the Spanish series Allí Abajo.

The Jewish Quarter at the Oscars

Visiting the film stages in Cordoba

A close tour of Cordoba's film scenes can be an original way to connect and enjoy the city, either to imagine what happened there in fiction or what is best: what happened in historical reality, which often surpasses fiction.

Córdoba, between reality and fiction. And a place necessary to be known, at least, once in a lifetime.

When are you coming to Cordoba? To learn more about guided visits in Cordoba, click on the link down below:
Compartir