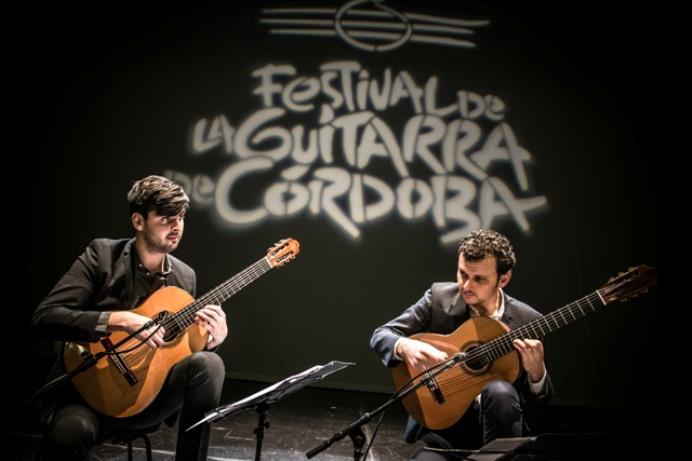 Dear OWAY Tours lovers, we are on the threshold of summer! And two big out door events occur, the white night of flamenco and international guitar festival, summer in Cordoba comes loaded with lots of art !!.

In both cases, do you know who the protagonist is? Guitar !!.

The Guitar History in Córdoba

Has anyone wondered about the origen of this instrument which has given a wide way to the Andalusian art? I am afraid that without other prior cultures nor gypsy dolls on tv neither their castanets had had so much fame outside of our country, but... Do we know who they were?

The history tells that it would be in Greece where a similar instrument would arise, and to that we play it today thanks to Romans, who would introduce this instrument into the peninsula. The instrument would be called kizára, translated in Castilian as citara ... as we see the name gets approached..

There is another theory: introduction of a similar instrument by Muslims, not forgetting culture, urbanism, and gastronomy that they left us would be easy to believe that also stand out in the music. .

Finally, it would in Spain where the instrument got an elongated shape, and some more strings and manufacturing equipment were added, creating also the difference between the Spanish guitar and classical guitar, the latter one more percursiva..

There have been major figures in the guitar history that let this instrument speak the most universal language, music! However, we are particularly proud of a guitar artist, his name is Vicente Amigo. Although not born here, he absorbed the essence of Cordoba since childhood, and the three magic kings rewarded him with a guitar, which he was able to take full advantage. Today he is known internationally and has been in the same scenarios that artists like Bob Dilan, Camaron de la Isla, or even worked closely with Alejandro Sanz.
Flamenco in Cordoba 30€ Book

We are celebrating a special event in July, still do not know it? In that case you can not miss this year this 35th anniversary of the International Guitar Festival. The competition offers two areas, a training with different courses on classical guitar, modern, flamenco, contemporary, dance and flamenco and, on the other hand, it offers a full program of shows and concerts in entimated and emblematic squares of the city. Cordoba´s mystery and music come together in an indescribable atmosphere! .

If still in doubt about their beautiful sound, come and enjoy this instrument in Cordoba!