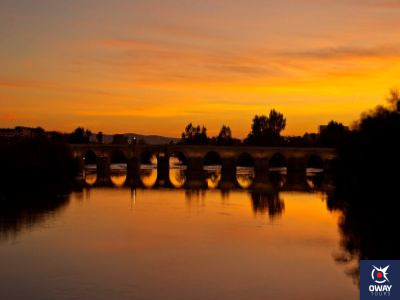 From the Arabic al-wadi al-Kabir or great river, the Guadalquivir is one of the main jewels, not only of Andalusia, but of Spain. Cordoba has the honour of having one of the most navigable stretches of the river, which Góngora dubbed the true king of Andalusia. And no wonder, the fifth largest river on the Iberian Peninsula offers a natural space steeped in history.

Canoeing and adventure on the Caiman route or marvelling at the Hermitage of Belen… are just some of the activities you can do on the Guadalquivir, the beautiful daughter of Cordoba.

Much more than a river

With its navigability dating back to antiquity, the Guadalquivir was undoubtedly the backbone of the oil and wine trade that the Iberians and Romans practised for centuries. Thus, thanks to the river Guadalquivir and the construction of its successive bridges, the city of Cordoba was shaped as we know it today.

A river that today allows you to take part in a variety of activities to discover all the faces of the city of the three cultures, which always has something new to offer.

Options to enjoy the Guadalquivir

Stroll over the Roman Bridge

It is said that one of the best views of Cordoba is at sunset and sunrise, when the orange sparkles reflect a dance of lights over the bridge.

True or not, it’s best to take a stroll to see for yourself. 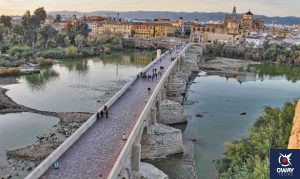 Canoeing: adventure also has a place on the Guadalquivir River

Canoeing is one of the most popular sports in Cordoba, as Góngora called the river. You can enjoy a peaceful trip that will allow you to discover the secrets of Cordoba: the sculpture garden, the wonders of the protected natural area of the Sotos de la Albolafia and the stretch between the San Rafael bridge and Andalusia, or the botanical garden, among others. 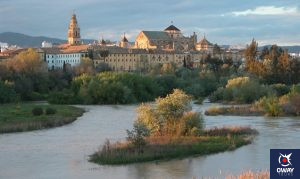 The beginning of a new year marks the start of a new edition of the Alligator Trail, which has been held for more than ten years.

What exactly does it consist of? It is a collective canoe route along the navigable part of the river.

It is a day of fun for everyone – children and adults – in which you can take part free of charge in exchange for a kilo of non-perishable food to help the Cordoba Food Bank. 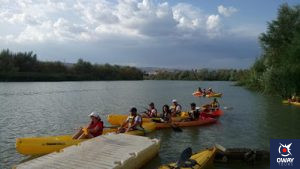 Chapel of Belen and view of the Guadalquivir river

The river offers stretches along its impressive course. In one of them you can admire the sanctuary dedicated to the Virgen de Belén, an ode to the tiles and whitewashed walls of the purest Andalusia. 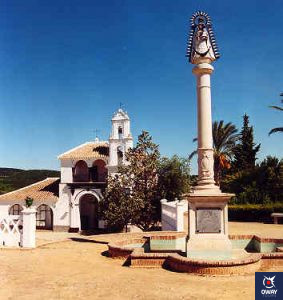 The Iron Bridge over the Guadalquivir River

The Iron Bridge is the result of a projection of the sobriety and strength of the Daget brothers’ architecture. Declared an Asset of Cultural Interest, it was built for the creation of the railway line linking Cordoba and Seville. 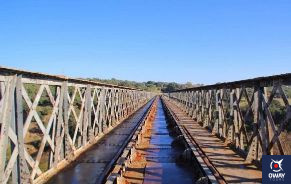 Crossing the Guadalquivir leaves a trail of experiences and activities that allow you to explore the most special and authentic side of the province.