▷All the information about the Lope de Vega Theatre 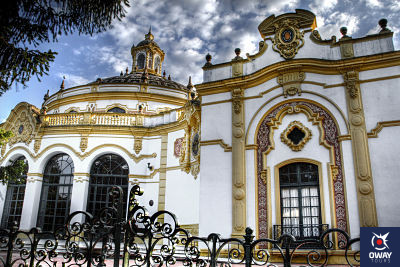 The Lope de Vega Theater in Seville, is located in the Avenida de Maria Luisa, next to the famous Maria Luisa Park. The construction of the theater dates back to 1929 and today this theater is a symbol of the cultural activity of the city.

Seville is the city of countless plans, but certainly one of the most fun plans is to visit this famous theater that stands out throughout Spain. Come and enjoy its most outstanding plays and you will be amazed.

This theater has a lot of history. Because of the Iberoamerican Exposition of Seville in 1929, a pavilion was built in Seville. This pavilion was formed by two outstanding elements that in turn were joined together. These two elements are known as the Casino and the Theater of the Exposition.

In 1936, in the month of April, this pavilion became what we know today as the Lope de Vega Municipal Theater, leaving behind its previous name. However, it was not until 1960 when this theater began to take on a certain life and importance. It was in 1960 when it began to boom because of the independent companies.

The theater was ceded to the Ministry of Culture, so it was returned to the City Council of Seville in 1985, when the theater has several reforms to be reopened on February 21, 1988 with a concert by the London Philharmonic Orchestra.

Today, the theater offers an infinite and varied program. You can go to see plays, concerts of old class music, jazz, flamenco, new age, etc.. In addition, it has more than 180 performances per season and exceeds 100,000 spectators every year. This theater is one of the most representative cultural spaces of the city of Seville. 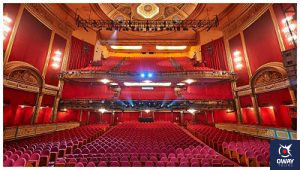 Programming of the Theater

This theater hosts the Early Music Festival of Seville, but, in addition, its program is very varied. You will be able to enjoy in this theater of a great infinity of concerts with very varied styles of music, such as flamenco or jazz. In addition, you can also enjoy a large number of plays. This theater has more than 180 performances and usually exceeds 100,000 spectators per year. So, if you are hesitating to come do not think about it because in the theater you will enjoy as never before.

Below, we will make a selection of the best theater programming at the moment.

This play has a duration of one hour and a half and is directed by Alfredo Cernuda. This play recreates the life of King Edward II of England. This play is represented by a historical drama, but also by a story of love, hate, passion and struggle for power.

This play narrates the love of Edward II for Hugo Le Despenser, the resentment of his wife, Queen Elizabeth. In addition, it deals with the humiliation for the loves that the husband denies, the hatred, and the conquest of the queen in his eagerness to possess something more than the crown. It also deals with the intrigues of the Church, the ambition of a Jewish banker and the struggle of two religions to remain in the shadow of the powerful.

The price of this theater varies depending on where you want to see the play. Tickets are priced from 4€ to 21€, so it fits all price ranges. 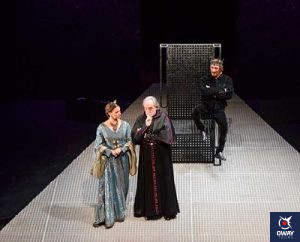 This circus has a duration of 60 minutes and its ticket price is affordable. Tickets are priced from 3 to 12€.

In the circus you can enjoy the 8 performers. This circus production is one of the most visited and applauded in recent years so you can not miss it. In its premiere joined four Andalusian companies of the most talented circus and which have traveled nearly 36,000 kilometers. They have come to be in fairs, festivals, national and even international theaters. In addition, they have achieved some of the most important recognitions in their field.

In this circus you will not be able to stop enjoying and laughing. It is based on the spirit of play through the circus. The characters appear in a playful atmosphere and begin to play on stage. There appear winners, losers, voluntary and involuntary blows, harmony and disenchantment and above all a lot of fun and teamwork. Many of the games they perform are mixed with acrobatics, balancing and juggling techniques. 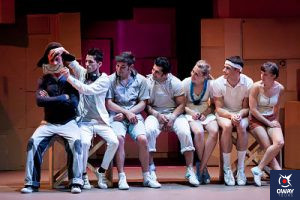 This show is the most awaited by visitors as it has a spectacular proposal.

This gala has the master of ceremonies, El Capitán Maravilla. He will present a very heterogeneous model of circus styles and techniques. This circus has a famous juggler from Madrid, Jesús Fornies, whose act is based on juggling with soccer and flamenco values. He also has a person specialized in hula hoops, in which he performs a beautiful piece “Transit”.

In the gala you can also enjoy a proposal of antipodismo of a Russian artist or the virtuosity in the double trapeze of La Fem Fatal. These are great celebrities of Circada’s audience and each time they come with incredible and new numbers. In addition, you will be able to see the Madrid-based Trocos Lucos, who will join with an incredible number of Korean scale and are one of the fittest acrobatic collectives of the moment. 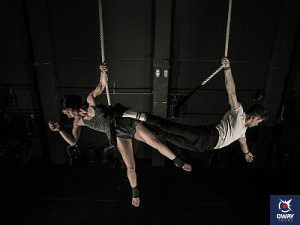 The Trees (An Andalusian Chekhov)

This play is an adaptation of Chekhov’s “The Cherry Orchard”. This play is set in Andalusia in the 1980s.

The play is exciting, deep and funny and draws the theater of the future in Andalusia. In addition, you will be able to enjoy the popular songs that the music that accompanies the show, part of the imaginary and memory of the time in which “our garden” is situated. The author wants to imply that the trees work as a time machine.

This work wants to give to understand that the author’s time was when the events and movements began to boom during the 80s. In addition, he wants us to reflect on his own stories, through his memories.

The duration of this play is an hour and a half. Tickets are quite affordable, from 4 € to 21 € so it is definitely worth a visit. 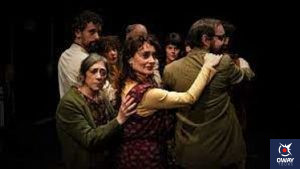 The Lope de Vega Theater of Seville is located on Avenida de Maria Luisa, just 13 minutes from the Cathedral of Seville on foot. Therefore, it is located in the heart of the capital. If you want to get to the Theater from the Cathedral, you can also do it by public transport with the line “T1”. To do this, you have to take the bus at the stop “Archivo de Indias” and get off at “Prado de San Sebastian” and then just walk for 5 minutes until you reach the theater. Another option is to go by private transport. This has an advantage and it is the time, since it would only take 6 minutes.

If you have arrived in Seville by train, you can also reach the theater in an easy way. By car from the station Sevilla-Santa Justa the route takes 9 minutes. Another option is to access by public transport. Take the bus at the José Laguillo stop and take line “21”. After 4 stops, get off at the Menéndez Pelayo stop (Juzgados) and then walk for 6 minutes on foot until you reach the theater.

This theater has many curiosities. It is worth mentioning that the architect Anibal Gonzalez, was the one who planned the theater as a big casino, but later he came up with the idea of creating a Theater-Casino and make it similar to other cities.

This theater received the visit of the Kings of Spain, Alfonso XIII and Victoria Eugenia. They attended the zarzuela entitled “El huesped sevillano”. In that year the comedy of the Alvarez Quintero Brothers was premiered.

One of the outstanding curiosities is its architecture. The theater is neo-baroque and with its corresponding building in that style. In the theater, you can enjoy the impressive beauty of its scenic box, its seats, boxes, stalls, amphitheater and paradise.

In 1936, the theater suffered a fire and the center lamp and all the seats were destroyed. In addition, it should be noted that when the city was flooded, the pit and the counter-pit were also flooded. Later, in the 80’s, the theater became a Municipal Theater and the lamp that was adapted was that of the Coliseo España theater. In 1986, the theater was restored and inaugurated with the celebration of the World Chess Championship.

The theater nowadays presents a varied program and includes the most outstanding national and international events, making it one of the most important theaters in Spain.