The Monastery of San Jeronimo in Valparaiso | OwayTours.com

All the information about the Mirador Towers in Cádiz

The Andalusí House of Cordoba 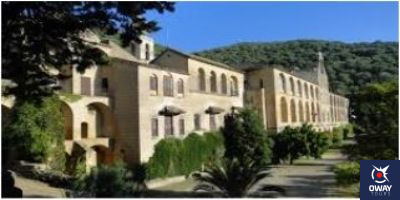 The city of Cordoba stands out for the centuries of history that emanate from its streets and for the conservation of some of its most symbolic monuments such as the Mosque-Cathedral of Cordoba or the Alcazar de los Reyes Católicos. The latter should be visited together with a guided tour so as not to lose any detail of each corner, the Guided tour to the Alcazar of Cordoba is presented as the best offer for this.

Even so, unlike these places which are increasingly recognised and resonate in the minds of many people when they hear about the city, there are other less well-known places in the city with great artistic value and conservation. One of these cases is the Monastery of San Jerónimo de Valparaíso. It can be seen from many parts of the city as it is at the foot of the first glimpses of the Sierra Morena. It is also very close to what was once the palatine city of Medina Azahara, an area full of history and environmental wealth. We invite you to continue reading to learn more about this Hieronymus monastery.

To discover the first traces of this building, one must go back to the 15th century. Thus considering it the first great work of the Cordovan Gothic.

It was opened by the Portuguese Friar Vasco, who was the founder of the Order of St Jerome, the first representation of this order in Spain.

Due to his lack of purchasing power, he asked for help from the family of Inés de Pontevedra and Diego Fernández de Córdoba, her husband, who donated the land in the area known as Valparaíso.

The work did not begin until 1408 and in 1835 it was exclaustered when there were still 15 friars left. It became state property until 1871, when it was transferred to a private owner. It fell into several hands until it was acquired by the Marquises of Merit in 1911. These are the ones who are really responsible for its restoration until 1980 when it was declared a Property of Cultural Interest. 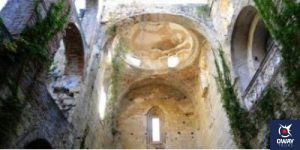 The building consists of a church, the spiritual centre of the monastery, with a single nave and a quadrangular floor plan. There is also a restored choir and four side chapels, the most outstanding of which was dedicated to the relics of St. Jerome. In the church, two styles can be seen, Gothic and Baroque, and it is quite similar to the church of San Francisco and San Eulogio in the city centre. This church is part of the Guided Tour of Monuments in Cordoba, a walk through historic Córdoba that will leave you breathless.

There is not only a cloister, but also the cloister of the novices. It was completely ruined in the 20th century.

There were also different areas to keep all the records and heritage of the order: a library, a convent archive… But all this disappeared due to the abandonment after the disentailment.

On the other hand, the chapter room is still preserved, where the prior gathered the friars to comment on the good or bad things done. The Priory Hall, the most important room because it was the prior’s. 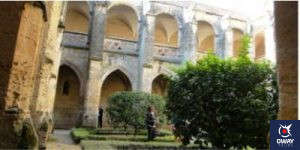 One of these legends that is kept on the walls of this monument is the discovery of two fawns inside a fountain while the monks were walking in the countryside. As everything indicates, these stone fawns came from Cordoba la Vieja, as Medina Azahara used to be called. There is only one copy of a fawn in the monastery, as the originals are in the museum of Qatar after the French invasion, but the fountain remains in place.

Like this find, the bell of Abbot Samson, supposedly found in one of the many monasteries in the Sierra Morena, was also preserved.

There is a controversy as to whether these monks took stones from Medina Azahara to build their monastery. Today it is of little importance as the heritage awareness that exists today did not exist at that time. For all the buildings, the materials that were in the area were used, wherever they came from.

Finally, another of the curiosities frames Isabel the Catholic as the protagonist, who stayed in the monastery on several occasions to rest. 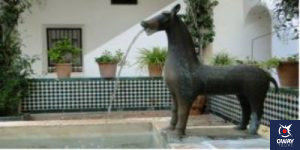 As we have already mentioned, the monastery of San Jerónimo de Valparaíso is located at the foot of the Sierra Morena. It is also very close to Medina Azahara. This route to follow to reach the place is practically the same as to visit the palace city.

The shortest way from the city of Cordoba is to take the A-431 for approximately 3 kilometres until you find the turn-off for the CO-3314, leaving Medina Azahara on the left and continuing uphill until you reach the monastery.

The only form of transport is private, there are no urban transport lines that go to this place.

You can’t pass up the opportunity to discover the palatine city of Medina Azahara. It is located a few kilometres away and has been declared a World Heritage Site. Follow the link below: 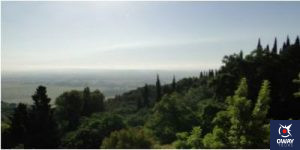 It is usually closed to the public, although a series of visits were made at the end of 2019 on 30 November and 14 December 2019. The price was free and the duration was 90 minutes.

At present, it can only be visited on certain days of the year through Medina Azahara, so this will be the point of stay.

If you like Arab art and Andalusian Cordoba, you cannot leave without visiting the Mosque-Cathedral of Cordoba, we recommend the Guided Tours to the Mosque of Cordoba, a unique way to feel it.

Finally, if the visit takes place in May, you should enjoy the Patios of Cordoba, a festival declared a World Heritage Site and which can be seen comfortably with the Guided tour Patios de Córdoba. 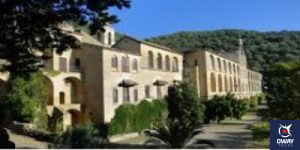