The bullring of Cordoba 'The Caliphs' and olé! - Oway Tours

10 reasons to visit Andalusia in your trip over Spain

The bullring of Cordoba ‘The Caliphs’ and olé! 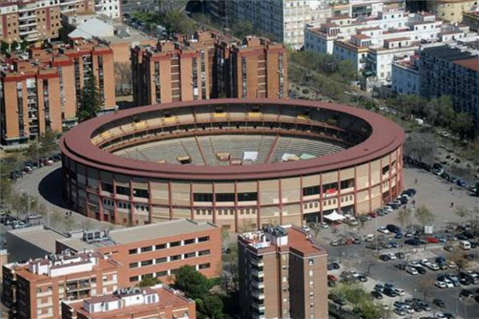 Cordoba is the city of the three cultures, of flowers, light and ... the bulls. The rooting with the Cordoban field and bullfighting are bring to life in the monumental bullring: Los Califas.

If you are in Córdoba and you like bullfighting, do not hesitate to stop by the square that saw bullfighting figures like Manolete or El Cordobés. Do you want to know some curiosities of the square? Today we take you on a tour of the history of this first-class arena. Are you with us?

The only bullring of Cordoba 'Los Califas' is located on Avenida Gran Vía Parque and its construction dates back to 1965. Until then, the bullfighting celebrations were welcomed by other places without such a consistent and lasting construction. In the history of Cordoba, the number of bullrings in the center can be counted on the fingers of one hand.

As a curiosity, until the end of the 18th century, the bullfights were held in the Magdalena Square or La Corredera Square. In this last, the famous burnings of a heretic of the Inquisition took place in.

Returning to the bullring 'Los Califas', the reason for its construction is due to the request of a society of Cordobans bullfighters; They wanted to promote the creation of a first-class bullring. His demand was answered in 1963, when work began that would last two years. Thus, the bullring was inaugurated in 1965, with a capacity of up to 17,000 spectators and a category considered first.

Why is it called 'The Caliphs'? In honor of the five great matadors of Cordoba: Lagartijo, Guerrita, Machaquito, Manolete and Cordobés. Since its construction, the square has been an epicenter in the events and culture of the city. In this way, in 2011 the bullring 'Los Califas' was the venue for the Semi-final of the Davis Cup 2011 between Spain and France.
Alcazar of Cordoba Guided tour 18€ Book

Currently the square hosts numerous bullfighting events throughout the year and is managed by the company Fusion International for Bullfighting (FIT). You can find all the events on their official website as well as the possibility of buying the tickets.

If you are going to visit Córdoba in May, do not miss the event of the year in the square, the Bullfighting Fair of ‘Nuestra Señora de la Salud’. These days the city dresses in the art of bullfighting to pay homage to tribute to great bullfighters such as Manolete. In addition to the bullfighting fair, Córdoba is immersed in the most important festivities, the May celebrations; The city is full of flamenco music, local wine and polka dots and flamenco dresses. From morning to evening you can enjoy the bulls, music and art from Cordoba. Most of the stands are open access.

On the other hand, to enjoy the bullfights of the festivities of May, you can buy the tickets through the website or directly at the ticket offices.

As you can see, Córdoba has the spirit of Andalusia. Bulls, miscegenation and music come together in the city of light. Are you going to miss it?