All the information about the Mondragon Palace | OWAY Tours

The Municipal Museum of Ronda, born in the early nineties of the 20th century, is located in the Mondragon Palace, a building that combines architectural styles from different periods, highlighting its extraordinary Mudejar patio, its garden areas and the Castilian patio. 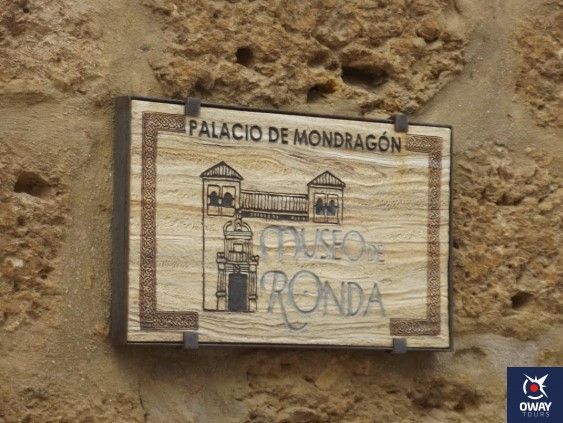 The Mondragon Palace is often referred to as the Palace of the Marquis of Villasierra, undoubtedly one of the most significant civil buildings in the city of Ronda. The residence belonged to several Muslim families in the 14th century. Which without archaeological exploration we cannot be sure that the palace corresponds to the closest courtyard to the Tagus with the current garden. After the death of Sultan Abd al Malik it became part of the Kingdom of Granada and was occupied by the last Nasrid governor, Hamed el Zegrí.

This Andalusian past can still be seen in the layout of the floor plan, the foundations and some underground passages that connected the garden with the old Alcazar. It was during the Christian era that the most important work on the building was undertaken, and it became the property of Melchior de Mondragón, whose coat of arms can be seen on the entrance façade and which will give its name to the Palace.

The Palace of Mondragon is structured around three courtyards and two garden areas. One of the works undertaken was the access to the building from the garden. It is a very original patio with triple low, semicircular arches on three of its sides, with marble columns with a capital base and an abacus. The cornice is decorated with rich tiles. A second courtyard in late Gothic style, bearing stone columns and reused capitals that support wooden footings. Giving access to the intermediate floor where the various rooms of the Archaeological Museum are located.

The pieces from the Roman city of Acinipo, both from archaeological prospecting and from private donations, stand out, among which is the Fernández Llamazares donation. Of all the pieces in the Municipal Museum of Ronda, the stone mould for making swords, dating from the 7th century B.C., should be noted for its importance or uniqueness. 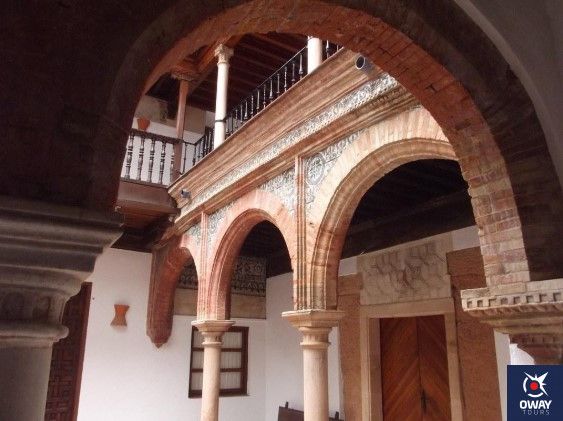 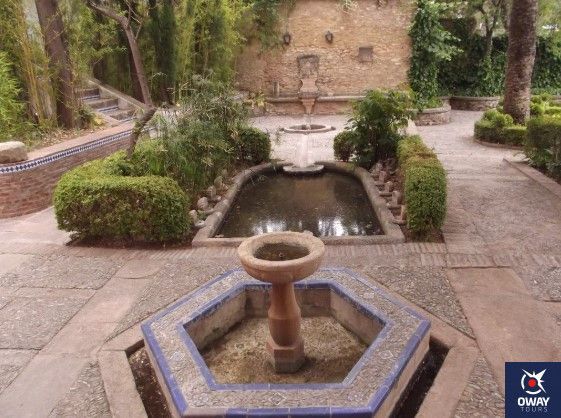 Prices for visiting the Mondragon Palace

The price of the visit to the Palace and Museum of Mondragon is 3 euros in individual rate. For groups of more than 10 people, students under 26 years old and retired people the cost is 1.50. And for children under 14 years old and people with disabilities the entrance will be free. On Wednesdays, entry will be free for all members of the European Union. .

How to get to Mondragon Palace

The Mudejar-Renaissance style building is located in the centre of the city, just a few metres from the Church of Santa María la Mayor. Located in the historical centre we can access on foot. Although the public transport line 1 also leaves us in the vicinity of the Municipal Museum. 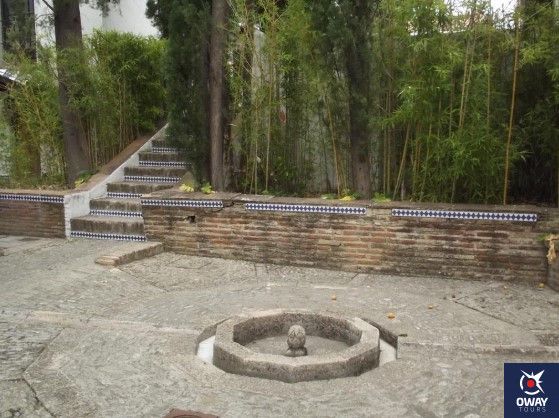 Curiosities about the Mondragon Palace

The exhibition halls, as we can see today, were set up in 2002 and 2006, as the inscription of this building to the Andalusian Museum Network was in 1997. Belonging to this network meant that in addition to a simple exhibition of archaeological pieces, the meaning of the visit was more didactic and educational. For this reason, they are still thinking about the contents of the next rooms. That will continue with the Moorish uprising in the Serranía de Ronda after the Castilian Conquest. 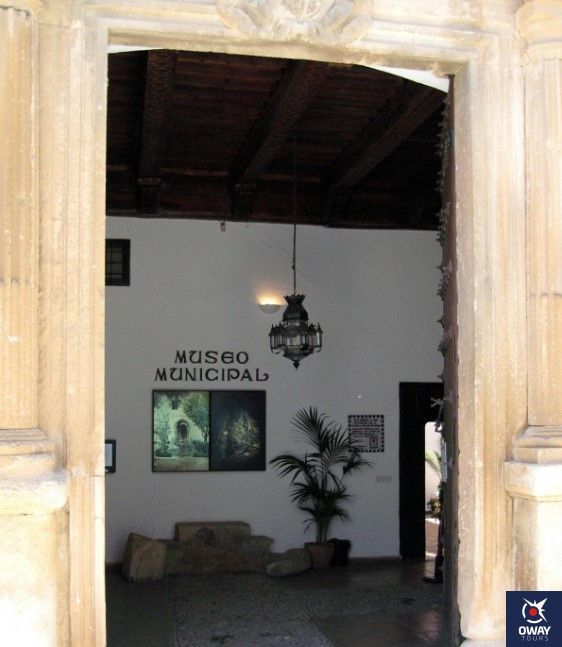 The Museum has a small library specialised in archaeological subjects with approximately 1,100 volumes. Including books and magazines, most of which are the result of exchanges and donations from institutions. They are currently being catalogued and made available for consultation.