Holy Week in the city of Granada | Owaytours.com 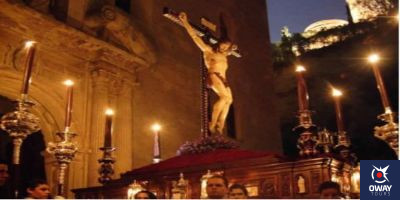 Holy Week is one of the most important celebrations in the whole of Andalusia. If you add to this a setting such as that of the Nasrid city, Granada becomes Golgotha itself. Neighbourhoods such as the Albaicín, Zaidín or Realejo, collected in the monumental visits around the Nasrid city, Oway Tours is in charge of providing you with the greatest comfort with its Granada Free Tour. All together with a white mantle of the Sierra Nevada as a postcard, collect among their streets some of the most special moments of the week of passion that have made it a Festival of International Tourist Interest since 2009. If you are interested in knowing more, read on to find out more about this century-old tradition.

Granada has a very complete Holy Week, with 32 brotherhoods spread out over the different days, the most important being Holy Thursday and Holy Friday. Even so, not only do all the events take place during this week, but from Friday of Sorrows (Friday before Holy Sunday) the streets of the city are prepared to host the most eagerly awaited celebration. The Cathedral appears as the epicenter of the city on these seven days of the year. So you cannot leave the city without having seen it in all its splendor. For this, Oway Tours offers the Guided Tours of Cathedral and Royal Chapel of Granada, the best way to visit it. 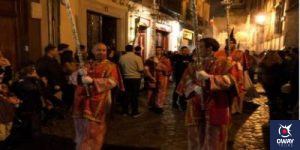 On this day, many brotherhoods end their Lenten worship and some Stations of the Cross are held in the streets of the city. A good example of this is Santa María de la Alhambra which leaves at 19:00 around the Puerta del Vino. Another example is Jesús del Rescate, who is taken to the Church of La Magdalena at 8pm. 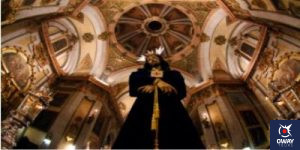 In tune with the previous day, Saturday, the eve of one of the great days of Granada’s Holy Week, there is the Way of the Cross like that of Jesús del Amor y la Entrega at 5pm.

The highlight of this day is the celebration of the Pregón (Proclamation) de Jesús de la Paciencia, at 20:30 in the San Bartolomé y Santiago Hall of Residence.

On this day, a total of five brotherhoods carry out the Penitence Station. The most outstanding is La Borriquilla, which begins Easter. You can’t miss the hundreds of children dressed in Hebrew that accompany the brotherhood. The others are the La Cena, which comes from the Realejo neighbourhood, La Sentencia from the Albaicín neighbourhood, the Despojado from the Figares neighbourhood and the last to join, the Cautivo. 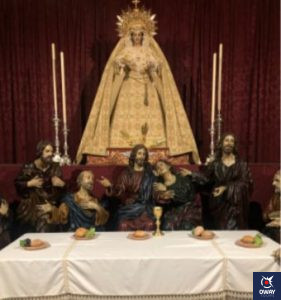 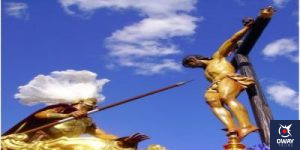 On the day that marks the halfway point of Holy Week, five brotherhoods go out in procession again. Among them is the Brotherhood of los Gitanos (the Gypsies), you cannot miss it in the streets of Sacromonte in the early hours of the morning amidst the candles and the singing of the gypsies of the neighbourhood. This neighborhood is the cradle of flamenco and great artists. So it is highly recommended to climb to the top of Sacromonte to enjoy the views. We recommend you to do it with the Guided tour of the Albaicín and Sacromonte, an unrepeatable experience. 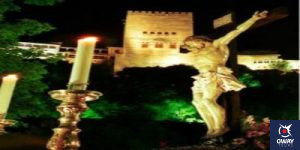 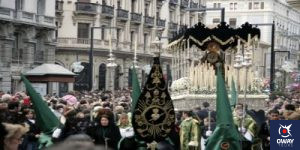 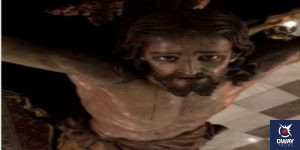 On this day all eyes are focused on the Alhambra as the Virgin of las Angustias is paraded from this unique place. You cannot miss the departure from the Nasrid complex on the afternoon of Holy Saturday. This jewel of the city, as is the Alhambra in Granada, is open to the public throughout the year. To get to know every corner, we recommend you do it with our Guided Tours Alhambra. 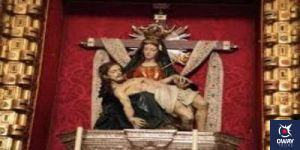 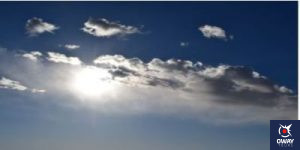