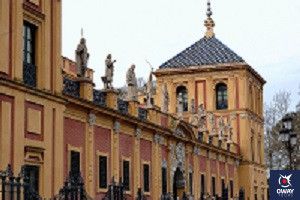 Seville is a valley of distinguished and famous people, of whom its inhabitants are extremely proud. In this article, we will tell you about the main illustrious characters who were born in Seville.

Lope de Rueda (1510-1565) was a playwright, actor and theatre director, considered the precursor of the Golden Age of commercial theatre in Spain and one of the first professional actors in the country. To write his comedies, farces and hors d’oeuvres, Lope de Rueda took inspiration from everyday reality, so his plays are known for containing the popular customs of the time and to pick up the speech of the street and typical Andalucian sayings.

Fernando de Herrera (1534-1597) was a Sevillian writer of the Golden Age, known for his poetic work and nicknamed “El Divino”. Some of his most important works are in prose, such as the Relación de la guerra de Chipre y suceso de la batalla naval de Lepanto (“Account of the war of Cyprus and events of the naval battle of Lepanto”). Among those not preserved are several epic and mythological poems such as The Gigantomaquia, about the Titans; The Abduction of Proserpina and Spanish Gestas of the Courageous.

Gustavo Adolfo Bécquer (1836-1870) was a poet and storyteller from Seville, who belonged to the Romantic movement. He was born in the San Lorenzo neighbourhood and came from a family of Flemish merchants established in the Andalusian capital, the Bécquer or Becker family. His most famous work was Rhymes and Legends. Although he managed to earn the title of renowned poet during his lifetime, it was not until after his death that he gained the prestige that he is recognized for today.

Fernando IV of Castile, known as “El Emplezado” (“The Summoned”) (1285 – 1312) was King of Castile between 1295 and 1312. During his reign, he suffered insubordination from the nobility, led on numerous occasions by his uncle, the Infante Juan de Castilla de Tarifa, and by Juan Núñez II de Lara, who were supported on some occasions by Don Juan Manuel, grandson of King Fernando III. In addition, he continued the reconquest of Al-Andalus, managing to conquer Gibraltar, although failing to get Algeciras. 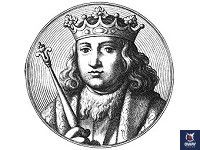 Felipe González is a lawyer and politician who was born in the Heliópolis district of Seville. He was Secretary General of the Spanish Socialist Workers’ Party (PSOE) from 1974 to 1997 and President of the Spanish Government from 1982 to 1996.

Diego Velázquez (1599-1660) was a Sevillian Baroque painter considered one of the greatest exponents of Spanish painting and a master of universal painting. He was a chamber painter to King Philip IV and painted more than 120 works, including such well-known works as The Surrender of Breda, The Meninas, The Spinners and Portrait of Pope Innocent X. Around 1850 he achieved international recognition and today most of his royal collection is kept in the Prado Museum in Madrid.

Bartolomé Esteban Murillo (1617-1682) was a Baroque painter from Seville and an outstanding personality of the Seville school. Although he produced many works of a religious nature, he continued to cultivate genre painting. His most outstanding works include commissions for the Capuchin Church in Seville, works of mercy for the Hospital de la Caridad and iconographies of the Immaculate Conception. 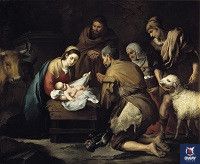 Juan Martínez Montañés (1568-649) was a sculptor from Seville whose work is somewhere between the Renaissance and the Baroque. He became the leading exponent of the Sevillian school of imagery (the art of painting and carving religious images). He is known as the “god of wood” for the great skills he had in working with this material.

Bartolomé de las Casas (1474-1566) was a chronicler, theologian, philosopher and jurist, who held the dignity of bishop of Chiapas and was the author of the Brief Report of the Destruction of the Indies. At thirty years publicly renounced the distributions and encomiendas of Indians who had exploited, and since then he devoted himself to defend them, for that reason is known as the main defender of the Indians and was appointed “Attorney or universal protector of all Indians of the Hispanic Indies”. 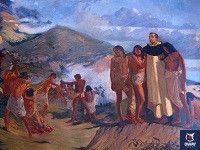 Diego Ortiz de Zúñiga (1636-1680) was a nobleman and a renowned historian. Among his main works are the Annales Eclesiasticas (“Ecclesiastical Annals”) y Seculares de la muy Noble y muy Leal Ciudad de Sevilla y Metrópoli de Andalucía (“Ecclesiastical and Secular Annals of the very Noble and very Loyal City of Seville and Metropolis of Andalusia”), a work in which he records the events of the city from 1246 to 1671.

Silverio Franconetti (1831-1889) was a flamenco singer from Seville who was considered a singer with encyclopedic knowledge, as he mastered all the flamenco palos (forms). He had a great role in the “golden age” of flamenco, in which it began to be considered a major art form.

Juanita Reina was born in the La Macarena neighborhood in 1925 and was a copla singer and actress. At the age of 13 she performed at the Cervantes Theatre. Although her great debut was at the San Fernando Theatre in Seville. She became famous in the cinema with the film La blanca paloma and reached her great moment of fame with La Lola se va a los puertos and Lola la Piconera.

She received the Gold Medal of Andalusia and the City Council of Seville dedicated a roundabout to her in the Maria Luisa Park. Today it is known as La reina de la copla.

Carmen Sevilla is an artist, Spanish TV presenter, actress and dancer. Some of her most famous songs are Carmen de España, Cariño Trianero, Cabecita loca, Cera Virgen and Noches de Madrid. She sang with Lolita Flores and participated in the main programs of the Spanish television: TVE, Antena 3 and Telecinco. She was an actress in numerous films from the 40’s to the 70’s. One of her most emblematic films was starring in 1952 with the popular Luis Mariano, Violetas Imperiales.

Paz Vega is an actress and model from Seville. She participated in the TV show Siete Vidas, with which she gained popularity and won a Goya Award for best newcomer actress after her role in Lucía y el sexo (2001). In recent years, she has acted in some Netflix shows such as Paquita Salas and La casa de las flores.