What to see and do in Nerja and Frigiliana 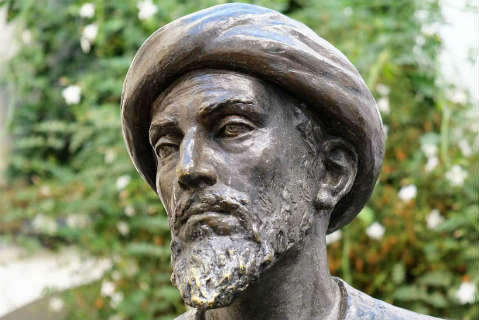 Cordoba is a city that has known great philosophers who have stood out all over the world thanks to their actions and works. People like Averroes, Seneca or Fernando Perez-Borbujo have been very representative of this city.

However, we cannot forget a philosopher who was considered one of the best in medieval times. His name is Rambam, or so is the acronym known in Judaism, because we know him better as Maimonides. Many experts say that Maimonides had been a disciple of Averroes, and it would not be surprising since both are two Cordovan philosophers of great stature.

This Cordovan philosopher was Jewish, but he wrote almost all his work in Arabic, except for his Repetition of the Law, which he wrote in Hebrew so that the Jews who were interested in this work would not need to learn Arabic.

In addition, Maimonides was not only a philosopher but also an important physician whose works contain descriptions of asthma, diabetes, hepatitis and pneumonia, as well as promulgating a healthy lifestyle.

Maimonides was very important for Cordoba, so much so that the city decided to pay tribute to him with an imposing sculpture that is located in Tiberias Square. In fact, if you are in the area, the Mosque-Cathedral is very close by and is a must-see. The best way to visit it is with our Guided Tour Mosque-Cathedral and our professional guides who will give you the best possible experience.

Moses ben Maimon, also known as Maimonides, was a celebrated Cordovan Jewish physician and philosopher who was born in Cordoba in 1135. He was considered one of the greatest Torah scholars of medieval times and is therefore of great importance.

The evolution of Judaism was thanks to the contribution of Maimonides and because of this he was given the nickname of the second Moses.

He became the leader of the Jewish community in Egypt and was considered one of the most influential and representative rabbinic philosophers in Jewish history thanks to his works, which served for any Talmudic school. The Mishneh Torah, which is a code of Jewish religious laws and is developed in 14 books, was made by Maimonides and is nowadays a reference in Jewish law. In addition, he also created the Thirteen Articles of Faith, to which Orthodox Jews still adhere today.

Maimonides’ most important works are Repetition of the Law in philosophy and Guide for the Perplexed in theology. In medicine, his most representative work is the Book of Aphorisms.

We can conclude that Maimonides was a very important person and is a great reference in Cordoba, which is why knowing his history can be very interesting. 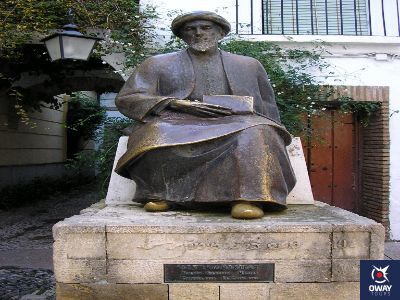 As mentioned above, Maimonides was born in 1135, on 30 March, the son of Rabbi Maimon, who was a judge and former member of the rabbinical court of Cordoba.

In 1148, Cordoba was conquered by the Almohads and they imposed Islamic laws on both Christians and Jews, forcing Maimonides’ family to leave the city. Maimonides would have been 13 years old at the time, and it was not until 1160 that they were able to settle, travelling from city to city in Spain. In fact, it was in Almería where he met Averroes (as we have said before, experts say that Maimonides was the disciple of Averroes).

However, with all these adversities, Maimonides began to plan the outlines of what would become his curriculum and, thus, he would begin his literary production to which he would devote his greatest dedication in order to become the philosopher that we all know.

In the following we will see, on the one hand, the events that led Maimonides to have his works and to develop them, and on the other hand, the historical events that took place, with Maimonides as a witness or protagonist, in the Medieval Period. 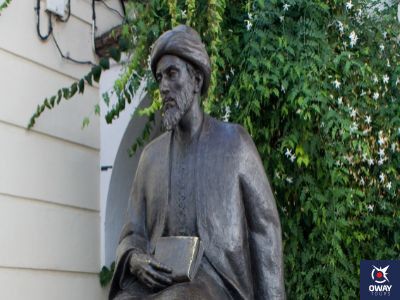 In these centuries, great events took place which greatly influenced Maimonides and his works.

At the end of 1165 they left Spain and arrived in Alexandria. A few months later his father died, so he had a problem and that was how to make a living. However, this was solved by his brother’s inheritance.

In 1168 Maimonides, already settled in his new destination Al-Fustat, finished his great work, which took him ten years to complete. This work was the Book of Elucidation, a commentary on the Mishnah. Maimonides wanted his book to enhance the study of the Mishnah, which was the set of Mosaic laws, but it was not given much consideration and went completely unnoticed.

To support his family, Maimonides began to practice and study medicine. By 1185 he was already a renowned and famous physician and was one of the physicians of Al-Fadil, the vizier of King Saladin.

In 1190 he finished what is considered his great philosophical work. This work is called Guide for the Perplexed and took fifteen years to complete. It was dedicated to his faithful disciple Yosef ibn Sham’un. Maimonides wrote this book because many people doubted between the Jewish religion and the Aristotelianism of the time, and with this work he wanted to show that religion and philosophy can go hand in hand.

Maimonides died on 13 December 1204. Everyone, Jews and Arabs alike, honoured him with three days of mourning and a fast was decreed. His wish was to be buried in Tiberias, and this wish was respected.

As can be seen, Maimonides belonged to this period, a period marked by the persecution of the Jews. The medieval period lasted from the 5th to the 15th century, and Maimonides lived through the last stages of this period.

In 1177 he was the head of the Jewish community of Al-Fustat. He fought the Karaites, a Jewish sect that was closer to the Muslims than to the Jews. Later, he attempted to unify the Jewish community in Cairo, which was divided into two groups, the Babylonians and the Palestinians. However, his most radical reform was the repeal of the loud repetition of the Amida.

In 1176 he issued a new decree against the Karaite rules of cleanliness, which provided that any woman who disregarded these rules would lose all rights to her husband’s property in the event of divorce or widowhood.

Located in Judíos Street in the heart of the Jewish Quarter and close to the famous Synagogue, this square is home to the Maimónides Monument (the work of Amadeo Ruiz Olmos) and the house where he was born. The monument was inaugurated on 7 June 1964. Maimonides is represented in this monument on his tomb, which is currently located in Tiberias, one of the four Jewish Holy Cities.

It is a small square, and because it is so small it is said to be too small for such a great and important man. The name of the square comes from the fact that Lake Tiberias is the place where Maimonides died.

This square used to be an open space at the crossroads of Albucasis Street and Manriquez Street, which was enlarged in 1958 with the construction of the Municipal Tourist Office building, which is now the Police Station. In one corner of the square is the Youth Hostel of the Junta de Andalucía. 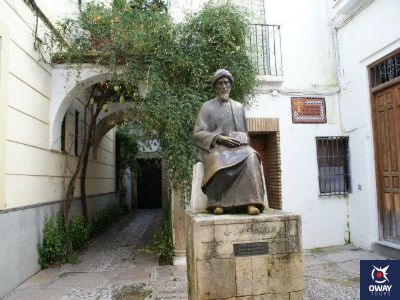 If you are in Cordoba, do not hesitate to take our guided tours to discover more and better the history and the great monuments of this fantastic city. Our guided tours are: