Where to see Flamenco in Seville?

Museums and monuments in Malaga 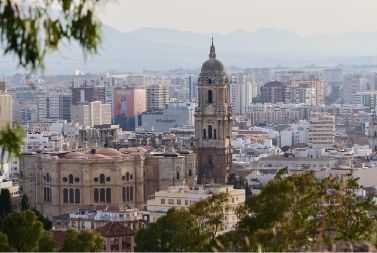 Málaga has a historic centre, a port, tapas bars, beach and, of course, museums and monuments! This city has something for everyone and if you are an art, architecture or history lover you will be enchanted by the multicultural activities this city offers you. Read on to discover the main monuments and museums of the city of Málaga.

Málaga has been the scene of the arrival of Phoenicians, Romans, Arabs and Christians, so it has impressive monuments that reflect the passage of all these cultures and that will leave you speechless.

The Alcazaba is a fortification that has guarded the city since the 10th century. It was built in the Muslim era on the remains of an ancient Phoenician building and served as a palace for Berber, Almoravid and Nazarene governors. It is located on the slopes of Mount Gibralfaro and is linked to the historic centre of the city, which, in Andalusian times, was the old medina. It is a fortress that combines history and beauty and that you can visit during your visit to Málaga. 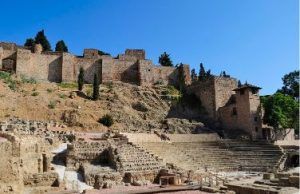 The Roman Theatre was built in the first century AD during Emperor Augustus rule and it is the oldest theatre in Spain. A curious fact is that, during the construction of Alcazaba, fragments of Roman Theater were extracted to complete its walls.

It is still in use today to host different shows of all kinds. Imagine performing on a Roman proscenium (stage), it must be amazing right? 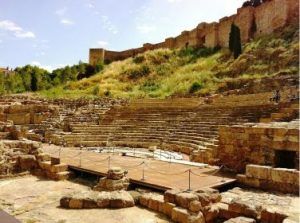 The Cathedral of Málaga, also known as the Cathedral of La Virgen de la Encarnación (The Virgin of Incarnation) or “la manquita”, began to be built in the 16th century, but several centuries later, the works were stopped and instead of continuing them later, they decided that it was going to remain unfinished. That is why more than a cathedral looks like a single tower, which has given it the cute name of “la manquita” (the one-armed), because it lacks a hand. 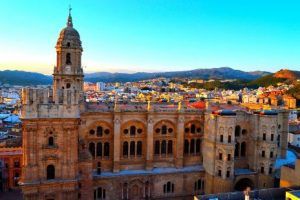 This castle is a fortification built in the 14th century to house the troops and protect the Alcazaba. It is named after the lighthouse that was on top of it (“Jabal-Faruk”, lighthouse mountain). It was used by Phoenicians and Romans but it would be a Nazarite king who turned it into a fortress. You can walk along its walls, enjoy impressive views of Málaga and enter the Interpretation Centre to learn about its history. 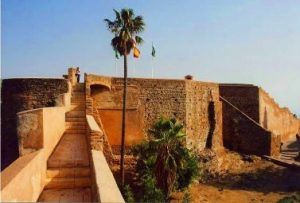 If you’re an art lover, Málaga is a perfect city for you! As a cultural city, Málaga has museums with works from different periods and artistic styles. Here we bring you the most important ones:

The Picasso Museum Foundation- Casa Natal (birthplace) treasures childhood and family memories of the Málaga painter Picasso. You can visit it and get into the childhood of this world famous painter. It also contains works by José Ruiz Blasco, Picasso’s father, and by Picasso himself. For example, you can take a look at the preparatory sketchbook that Picasso made for his work “The Ladies of Avignon”.

The Picasso Museum in Málaga is located in the Buenavista Palace and houses 285 works by the Málaga painter. In its rooms, you can find the first academic studies of Picasso, his plans of cubism, ceramics and the paintings of his last stage in the seventies. Among them, there are works such as “Mother and Child”, “Woman with Arms Raised”, “Acrobat”, “Olga Khokhlova with Mantilla” or “Insect”. 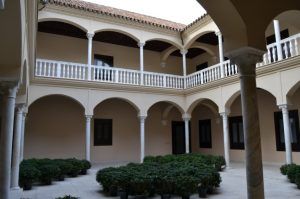 The Collection of the Russian Museum of St. Petersburg in Málaga is located in the former Royal Tobacco Factory of Málaga. It was built in 2015 as the headquarters of the Russian State Museum and is the first European branch of the Russian institution, incredible, isn’t it?

The museum houses exhibitions of Byzantine, religious, impressionist, avant-garde, Soviet-era art and even samples of Russian cinema. Even if you’ve been there before, the collections change from time to time so you can come back without seeing anything repeated!

If you love romantic painting, this museum is for you. The Carmen Thyssen Museum in Málaga has a large collection of Spanish and Andalusian paintings from the 19th to the 20th century. This museum contains naturalistic, costumbrist and romantic paintings with works by Sorolla and Sánchez Perrier, among others. It also includes a collection of old masters with works by painters such as Zurbarán. 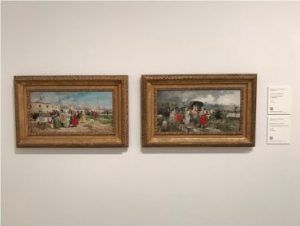 The Centre Pompidou is the first international headquarters of the Centre Pompidou Paris and can be seen from afar by the figure it has on the outside: The Cube. It is a large cube with colourful screens in a very modern style. Semi-permanent collections with works by authors such as René Magritte, Frida Khalo, Kandinski, Matisse and Joan Miró have been exhibited in this museum. 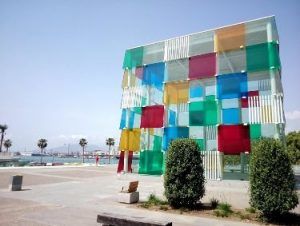 The Jorge Rando Museum is the first and only expressionist museum in Spain. It is dedicated to the work of painter Jorge Rando and exhibits works by expressionist artists from Spain and other countries. Under the motto “doors always open… so that people can enter and the museum can leave”, this museum has paintings, sculptures, architecture samples, philosophical and literary works, cinema and music. If you are more spiritual or have philosophical concerns, you will love this museum! 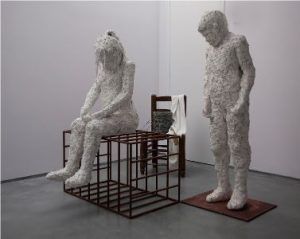