The Best Churches to visit in Granada | OWAY Tours

The Best Churches in Cadiz 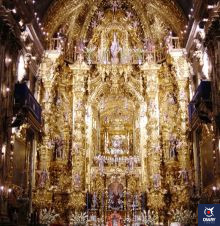 Visiting Granada means to enjoy of many different cultural activities. Among them, it is worth mentioning the possibility of getting into the art offered by its churches. Each and every of them exudes a special charm. For this reason, our task is to show you some of the most beautiful churches in Granada, which is a must to get into the cultural wonder that this city offers:

The Royal Chapel of Granada is one of the most visited tourist attractions. It was perceived as the place where the Catholic Kings were buried. It is the largest funeral chapel in Spain. In fact, its shocking size makes all people understand the architectural value of the religious place we are visiting. And the best way to learn about history in with our guided tours of Granada.

In its inner are the remains of Ferdinand of Aragon and Isabella of Castile, as well as the remains of Joan I, Philip and Michael. Under each of the tombs is a small crypt in which we can find the real coffins. Each of them includes the initial of the different names. 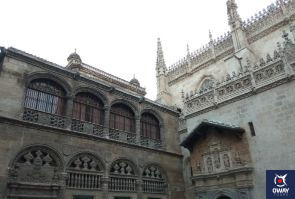 It is located in the centre of the city of Granada. Without a doubt it is one of the best churches in Granada. With an unquestionable artistic value, its interior leaves anyone open-mouthed. It is considered a jewel of the architectural style remaining the Andalusian Baroque. So many of its paintings by famous artists, such as the Mora or the Mena. As well as the details in silver, make up the church that receives the name of one of the most venerated Catholic saints, St. John of God, in Spanish called San Juan de Dios.

Thus, it is considered the mausoleum of the god of the poor. It is undoubtedly a must visit to enjoy one hundred percent of the different artistic details that can be found inside.

Church of the Tabernacle

It is considered by some people as one of the best churches, not only in Granada, but in a national level. Built over the Great Mosque of Granada, it is one of the examples of reconstruction of the Muslim era by Christian worship. It stands out for the layout of the vaults in its interior which offer an architectural spectacle that impresses even those less enthusiastic about art.

A visit to the Cathedral of Granada is incomplete without the enjoyment that this church offers. Located next to the Cathedral, you can relive this Marianist jewel with Renaissance touches and Baroque details. 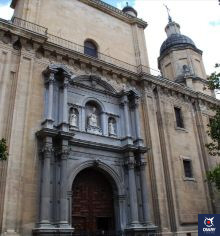 Just contemplating its impressive facade makes the entrance to its interior totally recommendable. Its sober style does not leave anyone unmoved. Its main altar, the beautiful altarpiece and its wonderful columns on which the building stands out offer an amazing artistically experience. The beautiful illumination that is obtained thanks to its stained glass windows generates a warm and calm atmosphere inside the building. You can also enjoy the image of Our Lady of Perpetual Help. 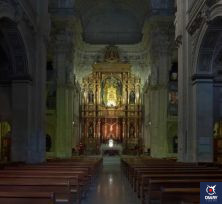 Church of the Sacred Heart

The Church of the Sacred Heart was built as a religious temple for the Order of the Jesuits. Located in the middle of Gran Via de Colon, its facade is characterized by its design in exposed brick. Its good location in the city makes it a regular venue for the faithful throughout the year. Among many of the artistic works that are collected in its interior, two stand out for the devotion that many Grenadians feel. The first is the sculpture of the Sacred Heart of Jesus (Sagrado Corazón de Jesús). The second is the image of the Christ of the Good Death (El cristo de la Buena muerte). You can do guided tours to the Alhambra of Granada and the Royal Chapel of Granada.

Furthermore, although this church does not have a brotherhood, a few years ago it hosted the Brotherhood of the Holy Christ of Consuelo and the Holy Mary of Sacromonte. It is popularly known as the Confraternity of the Cristo de los Gitanos. It is one of the processions that gathers a large number of devotees every Easter Wednesday, and is considered one of the most outstanding floats of the Holy Week of Granada. 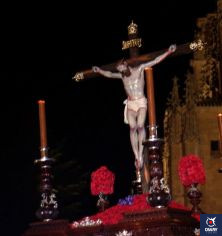 The Church of San Miguel Bajo was built during the Modern Age. Here you can enjoy different architectural styles, from Gothic, Mudejar and Renaissance art. This shows the historical evolution that is presented in the church, reflecting the historical background of the city of Granada itself. Built over an ancient mosque, the 13th century Nasrid cistern is still preserved among the few remains from this period.

Its tower is characterized by a combination of styles that give rise to this precious jewel. Its style is among the first types of Granada’s Mudejar towers with some modern-age tiling touches. 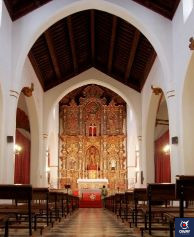 The parish of San Nicolás is a Catholic place of worship located in the famous Albaicín neighbourhood, where you can also find the Mirador de San Nicolás, another jewel of the city of Granada. Of Mudejar style, this temple of worship is included in the General Catalogue of the Andalusian Historical Heritage. Due to a series of fires, the Mudejar-style roof was lost at the same time its incalculable artistic value, which means that all the money collected goes towards restoring the building. We recommend you our Free Tour in Granada, which you will know all the history of Granada.

Do not miss any of the details of cultural interest that surround this city and enjoy the best churches in Granada from the hand of our experts.