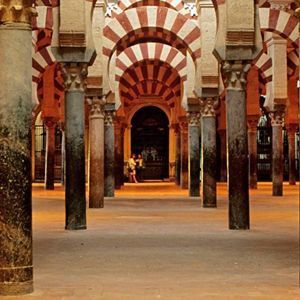 Today we dive into one of the most beautiful cities created in the world which was burned, pillaged and buried. According to some historians, it was the reflection of a heaven where poetry came out from the leaves’ trees and it was moved by the breeze of air to the most distant places, spreading out everywhere its most spiritual beauty.

But... who were its main inhabitants?

What is Medina Azahara?

Ab derraman lll, the eighth/8th Umayyad emir who proclaimed himself as caliph in 929, well know as Al Nassir which means “the one who made the religion of God successful”

Physically attractive, sturdy, not vary tall, white skin, ginger hair and green eyes was the image of the conqueror of Al Andalus. His polite, kind, generous, intelligent and cruel but also tolerant towards different religions personality made possible the coexistence of Christians and Jews during the 10th century.

Al Haken II, the 2nd Caliph, when he was only eight years old he was proclaimed as the future successor. For that reason he got a carefully education and he took part in different government’s activities and military campaigns though he stood out in arts and humanities.

Considered as a lover of culture and beauty, during his ruling he opened 27 Public Schools for those who could not afford any study but also decreed the Compulsory Education for all children.

Furthermore, he was the responsible for making an Andalusian library, pluralistic and tolerant with more than 400 000 books inside and even from there he used to subsidize not only writters and scholars but also all Andalusian musicians.

In the Medina Azahara Museum still remain some ancient belongings of its inhabitants including a bronze fawn shaped fountain that, according to some legends, it could have led the end of this shining city.

Azahara in the 10th Century, he created even his own personal style opposite to the Islamic trends in Baghdad. However, a conspiracy led by the most orthodox Islamic people who did not support the idea of such a rich and opulent city was the reason why a spell against the city of Medina Azahara, the caliph and thus, the Umayyad caliphate was made.

The tragedy would start by encouraging the Caliph to build a fountain with zoomorphic shape of one of the most common animals in these lands.

Four beautiful bronze-made fountains were carefully sculpted, for the great decoration of the city, with fawn shape and opened mouths to make the water go out and a spell against them was thrown to concentrate the bad energies and expel them from their mouths down to the heart of medina Azahara, causing destruction, the caliph death and the separation of the fawns with the future prophecy saying that if the four figures were joined again a bigger destruction would appear... By now the disappearance of Medina Azahara and the Umayyad caliphate were true and fawns still remain separated somewhere in the world... but what about if fawns met again one day? What will happen then?

Legends that are becoming true and questions still unanswered ... make from Medina Azahara a legendary place which shows us that it was not only a city but possibly a heaven waiting to be discovered yet.
To learn more about guided visits in Cordoba, click on the link down below:
Compartir