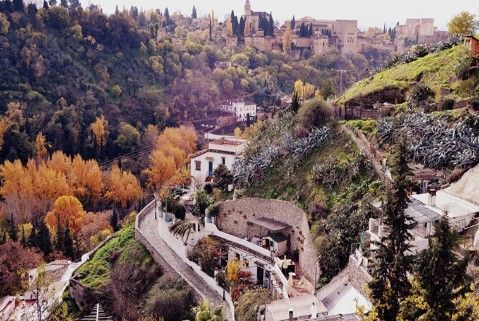 The Sacromonte neighbourhood in Granada represents the mestizo essence of flamenco. Through its streets that disappear abruptly to end in a gorge, the improvised singing or shows elevate flamenco to the category of art, with all its letters.

A neighbourhood that was born from a struggle with the rock, and won to give shelter to the persecuted, which has ended up sacralising this neighbourhood under the protection of a legend.

Sacromonte, or the sacred mountain. Its name says it all, its legend perhaps not. Some things will remain buried in the echo of its rocks, while others come to light to surprise the traveller who delves into its depths.

Ravines, cliffs and abrupt rock profiles are the perfect canvas for the art that develops in the streets of the Sacromonte neighbourhood. A place where the houses communicate in a chaotic and passionate way, just like its neighbours: they only conceive flamenco as a language. This is what imprints the character of its people.

With these ingredients, the place does not lose its essence or aspect of a Muslim, Jewish and Christian village. The mixture of accents and languages, rhythms and movements that result in one of the most universal languages: flamenco.

“The Sacromonte neighbourhood thrills to the point of undoing and melting all the senses” – Henri Matisse. 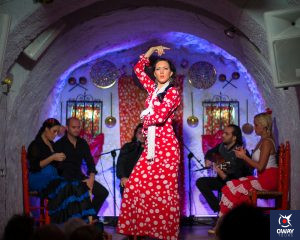 The origin of Sacromonte as we know it today dates back to the beginning of the 16th century, when the Muslim and Jewish population was expelled by the Catholic Monarchs.

After this, the city was left empty and the famous Albaicín lost a large part of its inhabitants and, therefore, its essence. To counteract this emptiness, it was decided to create settlements of gypsies from all over Europe at the top of the Albaicín. An unusual mixture of all social classes with artistic interests began to live in the caves, where they practised their singing and dancing. The rest, as they say, is history.

The caves, the heart of Sacromonte

If there is one thing that makes the neighbourhood stand out, it is its caves dug into the rock, which nowadays host flamenco shows for an unforgettable experience. The strength of the rock, and the isolation of the place gives it unparalleled acoustics. All of this is bathed in legend. 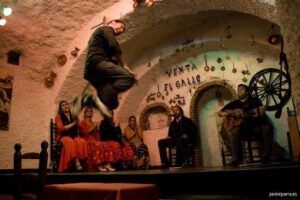 The best of Sacromonte in one day

If it is a question of recommending specific landmarks, we would like to highlight them: 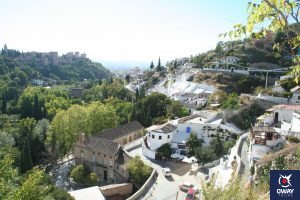 Complete your trip to the heart of Granada by taking one of our guided tours of the city, where you will be accompanied by a local guide into the interior of: