The Victores of the Seville Cathedral | OWAY Tours 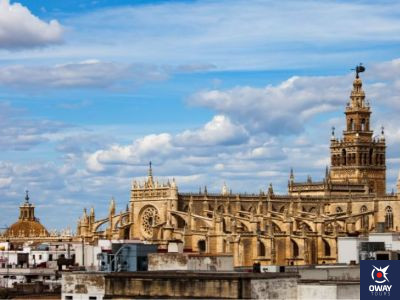 Walking along the Avenida de la Constitución in Seville or along Calle Alemanes we see some reddish stains on the wall of the Cathedral. If we sharpen our eyes we realise that these are some letters, which are called “Víctores“. This art evolved into graffiti. Nowadays if we hear the word “graffiti” our mind goes straight to an artistic expression in the open air. But why does graffiti exist in the Cathedral?

Before we can know who made the vipers, we should know where they come from. It is a symbol that comes from the chrism, used in the Lower Roman Empire. Centuries later, from the 14th century onwards, it was adopted by some Spanish universities: Salamanca, Alcalá de Henares, and Seville.

What was the purpose of this “graffiti”? Well, they were used to commemorate the students who obtained the title of Doctor. These paintings were done in both red and black.

Specifically, on the walls of the cathedral or the Archivo de Indias, we can see how an anagram can be distinguished by combining the letters that form the word Victor. This word translates in English as “Hurrah!”. It must therefore be accompanied by a name. The names we can see are Don Melchor and Don Alonso García. We recommend that you try to find them, but don’t worry if you don’t! If you are not used to this spelling you may find it difficult, or even not see it at all. Don’t be discouraged! Search! 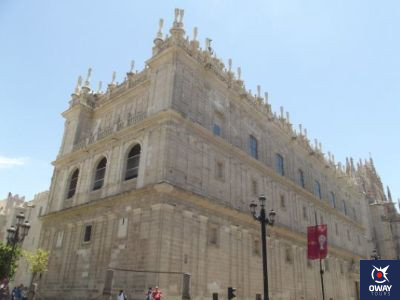 And what better way than to look for it with us? We offer you the best tours around the city, such as our Free Tour (great to discover more curiosities about the streets of Seville), our tour of the Alcázar of Seville, or our tour of the Cathedral of Seville.

How did they appear?

Until just over ten years ago, the central streets of Seville were not pedestrianized. This is why a lot of dirt was found on the walls of the Cathedral. In 2007, the City Council decided to pedestrianize the central area, thus expertly cleaning the facades of all the accumulated pollution. With this act, almost a dozen of the victores were uncovered. In addition, as the walls are cleaned, more graffiti is found.

It is true that most of the paintings are to be found in the Calle Alemanes, which is a very curious fact. This was the location of the market and business area, which was known as the Grades de la Catedral. It was therefore the busiest street in the city, so the students, who had achieved their goal, wanted to be recognized by the whole of society. 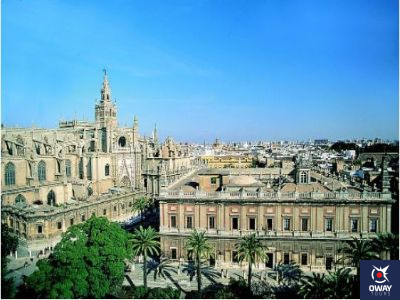