▷The old town of Marbella: Everything you need to know

Abderraman I: survivor and Emir 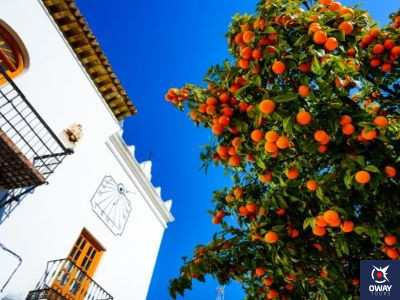 If you are thinking of spending a few days in Marbella and you don’t know exactly what the city has to offer, this article will give you a few ideas of what you can enjoy in this magnificent city on the Costa del Sol.

A stroll through the old town is like stepping into the world of the fishermen, with its whitewashed streets and balconies decorated with geraniums.

This is the starting point of the route through the historic centre of the city. It is considered to be one of the largest hotels in the whole of Marbella, inaugurated on 4th July 1957. It was built with the old remains of El Fuerte de San Luis, which gave its name to the establishment and which has accompanied them throughout the hotel’s growth.

In addition, they have a catalogue of “experiences”. such as Spanish classes, workshops to learn how to prepare cocktails or Andalusian food. 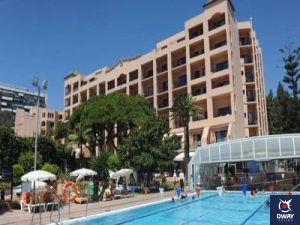 In this part of the city you can see the oldest part of the city, still preserving the seafaring side of the old villages that subsisted thanks to the sea, agriculture and livestock.

You can see the narrow streets that our Arab ancestors left us.

We can take the opportunity to stop at La Churrería Ramón for a good breakfast or snack in the shade of the orange trees. 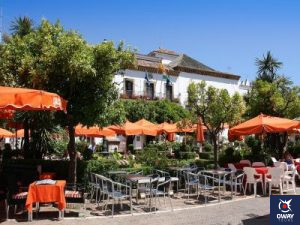 If we continue along our route we will come across this church, which in the area is known as “Hospitalillo”, because it was part of the Royal Hospital. It was built by the Catholic Monarchs in the 16th century when they took the city.

Something quite interesting is that they have kept its coffered ceiling hidden until relatively recently, and it has only one nave covered by a wooden framework of three panels.

It has some magnificent geometric decorative elements. 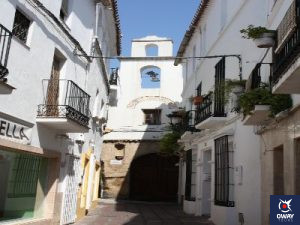 This museum is a Renaissance palace inaugurated on 28 November 1992, thanks to a donation of 1,350 graphic works by contemporary authors. The building dates from around the 15th and 16th centuries.

This museum has real jewels of great geniuses such as Goya, Picasso, Miró and Dalí. 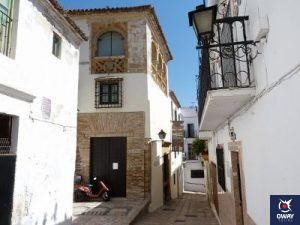 Church of the Incarnation

It is also an intervention of the Christian Monarchs when they took the city of Malaga, converting this mosque into the church it is today, although it has undergone several renovations and does not retain one of the main entrances.

The exterior of the church was used for the filming of the series Warrior Nun, released on Netflix in 2020.

It’s a great place if you want to take a photo as a souvenir. 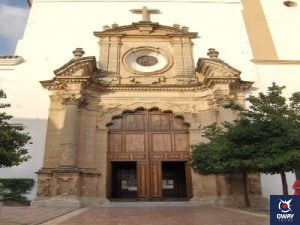 You can see her leaning out on a balcony with a bed of flowers at her feet. It is one of the most beautiful images you will see on your visit to the old town of Marbella. The blue of the window is where the Virgin is placed, as this evokes other towns on the Mediterranean coast and is a symbol of identification with these narrow streets. 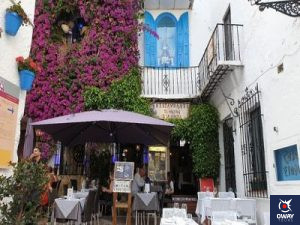 These are the remains of the walled enclosure that existed in the 11th century, located next to the castle of Marbella. Inside it was the old Arab medina, which today corresponds to the historic centre of the city.

It is considered an Asset of Cultural Interest because of its importance in the history of the city of Malaga and because it preserves many construction methods and materials from Muslim vestiges.

It even conserves some Roman capitals that have been embedded. 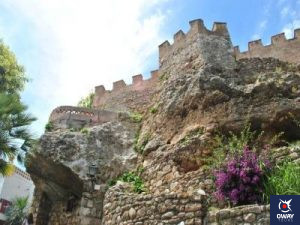 It is located in the Barrio Alto of Marbella, in the area of the historic suburb. It was built in the 15th century and extended a few centuries later.

The main façade has a façade of exposed stone and lime, something very traditional in the hermitages of Andalusia. It is the oldest sanctuary in the city and a place of pilgrimage. 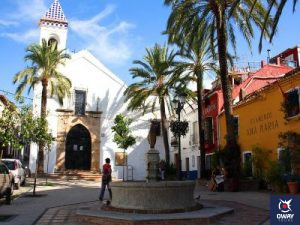 In this street we can enjoy a view of all the white Andalusian houses with balconies full of flower pots, something typical of our land.

It is a visit that attracts a lot of tourists as a place to take pictures and enjoy the Andalusian aesthetics. 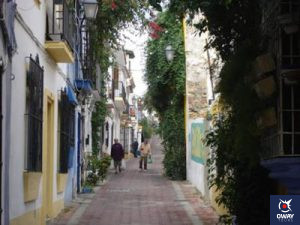 The Casa Consistorial of Marbella is the building where the Marbella Town Hall is currently located.

Its construction was carried out in the 16th century and is Renaissance, as we have already seen in previous sections, it is very characteristic of all the buildings in the area.

On its façade we can see the sundial, the coats of arms and some tombstones commemorating the inscriptions in old Castilian, of the capture of the Catholic Monarchs. 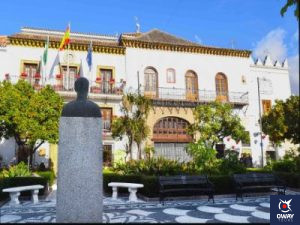 It is one of the best places to take shelter from the scorching heat of the city, as it is quite shady, surrounded by plants and trees that help us to rest. 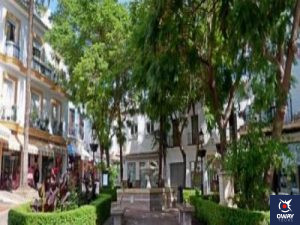 Don’t miss our guided tours to enjoy your stay in Malaga!