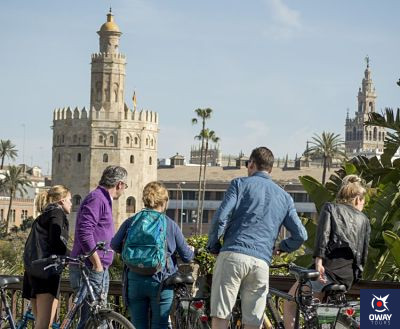 Seville is a city where you will always have plans to do. One way to enjoy the impressive heritage that the city has; as the Giralda, the Cathedral or its famous neighborhoods of Triana and Macarena, is making bike routes.

Doing routes around the city of Seville by bike with your partner, friends, or family, is one of the best ways to discover this amazing and incredible city that you will be absolutely amazed.

This route is awesome if you want an easy bike ride and can be adapted depending on the fitness levels of each person. This route will go through paved tracks. It has a duration of 1:37 h and 23.1 km.

This route starts at the Olympic Stadium and we will start pedaling for 4.21 km until we reach La Cartucha, a Contemporary Museum where this site becomes a favorite place for cyclotourism. Then, the route would continue along the Paseo del Río Guadalquivir and the famous Puente de Triana and then we will get to see the Guadalquivir Views from the Puente del Cachorro.

After seeing the incredible views of the Guadalquivir, our route continues and at kilometer 10’8 we will reach the Paseo de las Delicias and the famous Torre del Oro. Later, we will arrive in the old town of Seville and then we will go out to the Cathedral. The end of this route is where it begins, at the Olympic Stadium.

This route includes a section with stairs, so you will probably have to carry the bike, and it also includes sections where it is forbidden to ride a bike, so it is probably best to get off and push the bike. 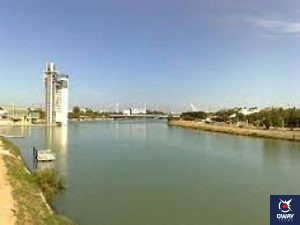 This route is circular and has a higher degree of difficulty. The duration of this route is 2.33 h, and it has a distance of 39.2 km. It is a moderate bike ride, so it requires a good physical shape of the person to perform this route. In most of the route we will pass through paved tracks. One of the highlights of this route is that it includes a section where it is forbidden to ride a bike so you will have to get off and push it.

The last points of this route are the Bridge of Jesus Nazareno and the Gravel track along the canal. Arriving at this last point, we will continue until we reach our starting point which is in the Jardines de Hércules. 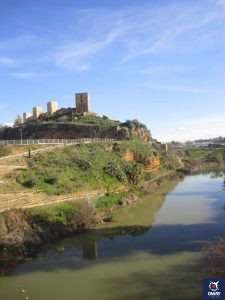 This route is specialized for people who require a good physical shape, since it is considered a moderate route. It has a duration of almost three hours, specifically 02:49 and 40.9 km.

If we continue with our cycling route, we will also visit the Olympic Stadium of Seville, the Alamillo Bridge, the Paseo del Río Guadalquivir and Triana Bridge, the Paseo de las Delicias and Torre del Oro and the Cathedral of Seville. From this last point we will return to the beginning of this route, which is the Gran Plaza area. 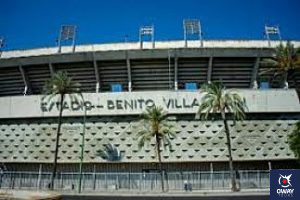 This route has a duration of 2:29 and 38.2 km. It is also a moderate route, so it requires people to be in good physical shape. In this route most of the tracks are paved. In addition, one of the important things of this route is that, in some sections of the route, it is forbidden to ride a bike, so we will have to get off and push it.

This route starts at Puerta de Jerez, and a few meters pedaling we can see the Paseo de las Delicias and Torre del Oro and from this point we will continue along the Paseo del Río Guadalquivir and Triana Bridge. In addition, we can enjoy the views of the Guadalquivir from the Puente del Cachorro, which is a favorite attraction for all tourists.

At kilometer 10.7 we will arrive at the Alamillo Bridge and then we will visit the Olympic Stadium of Seville. On this route we will also cycle to La Cartucha, the contemporary museum, the Cathedral of Seville, and finally the historic center of Seville 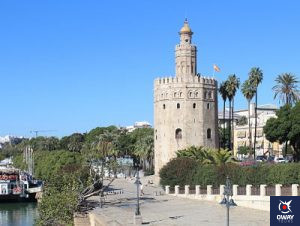 This route goes through places that we had not seen in the other routes. It has a moderate difficulty, so it requires a good physical shape. In addition, it has a duration of almost three hours and almost 50 km.

This route starts about Dos Hermanas and for five kilometers pedaling we arrive at the Hotel Al Kala. If we continue pedaling through this area we can enjoy it if we are in spring in a large field of sunflowers and visit the Bridge of Jesus Nazareno.

This route covers fewer highlights, but it does not mean that it is less important because it passes through places that are different from what we can see in the other routes and in which we will be impressed, and we will not get bored.

It should be noted that this route includes a section in which it is forbidden to ride a bike, so you will have to get off the bike and push it during that stretch.

You can’t miss some of our most recommended services!